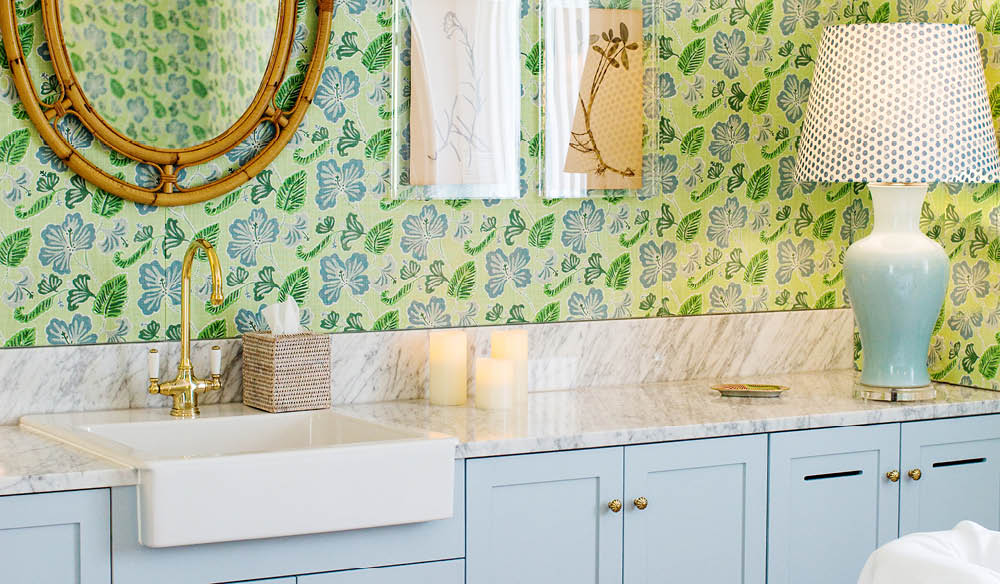 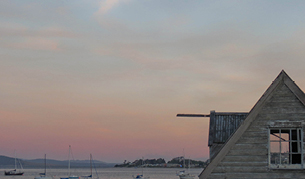 #3: The burbs – North Hobart, Tasmania You don’t really know North Hobart unless you know to (cheekily) call it NoHo. Alliterations aside, this suburb has seen a mini boom over the last few years as rental returns in our southernmost state climbed and climbed, and ‘mainlanders’ started discovering the allure of a more Tasmanian pace of life. Suddenly its slightly pedestrian main street, Elizabeth Street, located up the hill from the more sparkly waterfront of Salamanca Place, was transformed into a funky collection of cafes, eateries, shops and galleries retro-fitted into the area’s charming historic buildings, many of which date back over 100 years. So now NoHo is des-res in the extreme. 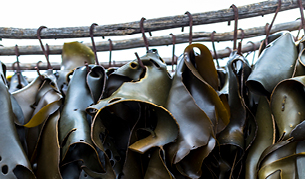 #3: Foodie favourite – King Island, Tasmania King Island, a rugged, windswept beauty in the middle of the Bass Strait, has become foodie shorthand for stunning produce, most famously the rich, creamy cheeses that bear its name. By rights, not much should thrive here, isolated as it is in a constantly churning sea, but King Island’s remove has somehow contributed to its collective determination to make a name for itself on a world stage. And it has succeeded spectacularly: its wares are sought after by chefs and gourmands from Hong Kong to Spain. The best way to sample all the island has to offer at one time is by pulling up a chair at the King Island Long Table Festival (held in April each year), a weekend of farm and produce tours, cooking demonstrations and experiences, culminating in the namesake feast of seasonal dishes and accompanying Tasmanian wines. 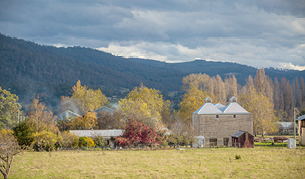 #4: Rural town – Huonville, Tasmania Your launch pad for venturing into the Huon Valley and Tasmania’s south-west wilderness, Huonville is a mountain-framed pocket of creativity and enterprise. That the area is one of Australia’s biggest apple-growing regions is reflected here, and the rustic Willie Smith’s Apple Shed – a cider house, cafe and museum – encapsulates it all. Minutes from the town’s main drag on the Huon Highway, it hosts events throughout the year including live music, Sunday sessions and an artisan and produce market each Saturday. In July, you’ll find the Huon Valley Mid-Winter Festival here: a three-day pagan-inspired celebration of the region’s apple history. Its central focus is Saturday night’s wassail, an ancient tradition still celebrated in the West Country of England. 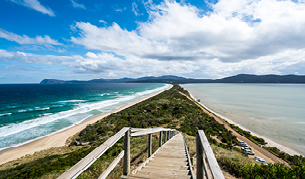 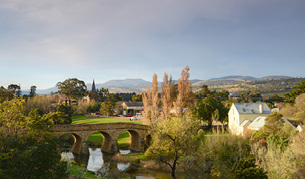 #5: Rural town – Richmond, Tasmania Thirty minutes’ drive north-east of Hobart, Richmond was one of the first towns on the Tasmanian tourist trail, and still one of its most charming. With many of its Georgian buildings intact, and the oft-photographed historic bridge – Australia’s oldest still in use – a star attraction, it’s the place to come to absorb the feel of an early Australian colonial village. You’ll find plenty of modern-day interventions too, though, from cafes and restaurants to nearby wineries and their cellar doors. Stop in at Pooley Wines’ award-winning Butcher’s Hill Vineyard and Cellar Door to try some local cold-climate varietals (chardonnay, pinot noir, pinot grigio and riesling) and – on Sundays during winter (May to August) or either day of the weekend throughout the rest of the year – wood-fired pizza. Don’t pass up the freshly baked apple crumble dessert pizza. The cellar door is based in the converted stables of stately Belmont House, which overlooks town and was built by convict labour in 1832 with the same sandstone that was used to build Richmond Bridge. 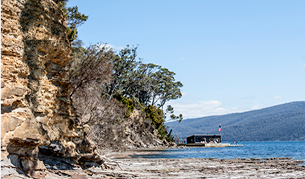 #7: Idyllic island – Satellite Island, Tasmania Happened upon accidentally by French explorer Bruni D’Entrecasteaux back in 1792, Satellite Island became a private island, bought to farm salmon and sheep (and as a creative outlet for the new owner to paint and write poetry). When the owner’s nephew Will acquired the island, and the house he’d built on a hill, he and his wife set about opening it to visitors as a private escape. The humble house is now a stylish three-bedroom affair named The Summer House, and guests can indulge in the remote beauty of the island by hunkering down and doing nothing at all, or pulling on a pair of gumboots and exploring exquisitely named spots like Dreamy Bay, Last Glimpse Point and Morning Light Bay. 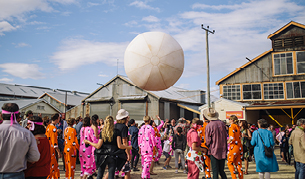 #8: Alternative capital – Launceston, Tasmania We’ve seen, via Hobart and the ‘Mona effect’ (see also Bilbao and its Guggenheim museum), the power that creativity has to transform a city in the culture stakes and beyond. With Mona’s summer festival MONA FOMA (or Mofo) planning to relocate its entire operation to Launceston in 2019, is Tasmania’s second-largest city next? “With the current Hobart-centric boom of Tasmania nationally and internationally there’s a sense that the north of the state is missing out,” says Brian Ritchie, curator of Mofo (and bass player for the Violent Femmes). “That’s not really true,” he continues. “There are many great events and organisations in the north, such as Junction Arts Festival, Big hART and The Unconformity. We hope to add to that in our own inimitable style.” Events held in Launnie during 2018’s January festival included Bloc Party, “an inclusive mess of onesie-clad partying,” says Brian. “We hope that vibe will become infectious and Mona Foma in Launceston becomes a destination for locals, people in other parts of Tassie and interlopers from the so-called mainland and further afield.” 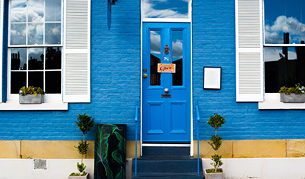 #9: Neighbourhood – Battery Point, Tasmania With a fascinating history and picturesque streetscape, this inner-city Hobart neighbourhood is best discovered by foot. Start at Salamanca Place, heading up Kelly’s Steps and along to Hampden Road to the Narryna Heritage Museum, which is well worth a look. On the corner of De Witt Street, Invercoe is a sandstone home built in 1883, and around the corner on Cromwell Street, St George’s Anglican Church, built in 1838, marks the highest spot in Battery Point. Along nearby Waterloo Street historic houses like Harriet House and Fusilier’s Cottage are easy to find, before heading back to Hampden Road and onto Arthur Circus, the circle of pretty cottages that is a hallmark of the neighbourhood. 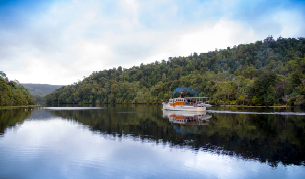 #9: Top secret spot – Corrina, Tasmania Located a 90-minute drive north from Strahan, the former gold mining town of Corinna is the launch pad for any exploration of the sublime natural beauty of the Southern Tarkine. But rather than just presenting a spot from which to get somewhere else, Corinna should be indulged in before you set off on your way, given it is a generously blessed confluence of wide, still rivers, pristine rainforest wilderness, and the roiling waters of the Southern Ocean. There’s great food on offer – this is Tasmania, after all – and the accommodation matches the unaffected ambience of the area, from eco-retreats to converted miners’ cottages to the local pub. 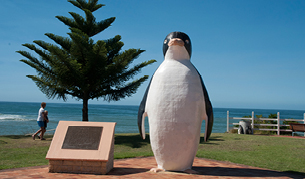 #10: Coastal haunt – Penguin, Tasmania What’s in a name? Well, a lot for this small Tasmanian town. Sitting on the shores of Bass Strait on the state’s north-west coast, Penguin is a quaint seaside town with scenic walking trails, Tasmania’s largest undercover markets (held every Sunday), and their very own ‘Big Thing’ – a three-metre-tall penguin. But it’s the real thing that makes this town so special; every year from September to March fairy penguins come ashore to breed at a number of rookeries located along the coast, and they can be spotted each night at nearby viewing platforms easily accessed from Penguin, including Lillico and Burnie.

WIN an unforgettable 4-night stay in the Grampians