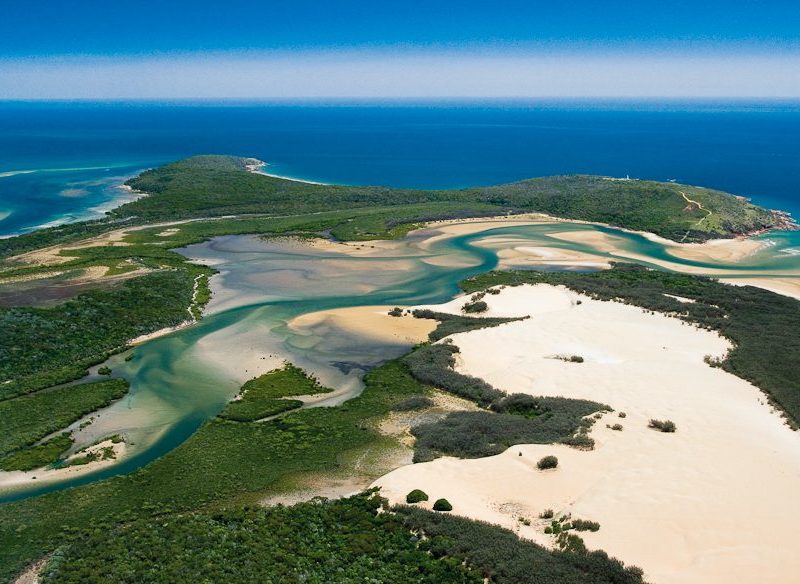 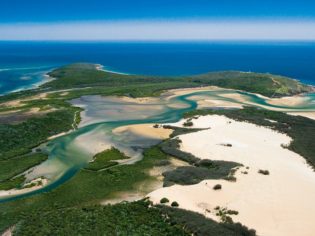 The pristine eco-focussed town of 1770 is number 17 on Australian Traveller’s ‘100 amazing places you haven’t been to yet‘. Nominated by: Lydia Pearson, fashion designer.

The surrounds of the township of 1770 remain so pristine thanks, in part, to the efforts of eco-minded developers who bought 625 hectares of the area in the ’90s, before promptly donating two-thirds of the land to the state as a nature reserve.

The estate and the low-impact houses consequently built on it, dubbed Sunrise at 1770, has strict covenants in place, making it one of Australia’s most awarded eco estates. It’s those factors, says Lydia Pearson, that make Sunrise one of her “dream destinations”.

“It’s a very exciting place,” she explains. “People from all over the world own the houses here; it attracts artists and photographers and creative types who are attracted to its exquisite beauty. The coastline is stunning, the beaches are empty and fringed with pandanus palms, there are turtles nesting [from January to March], and so many amazing shells and rocks to make sculptures with.

“You can pick oysters off the rocks and go fishing and feel like you’re in the most remote location on the planet. It’s the sort of place you never want to leave.”

Most of the properties in Sunrise are also available to rent, including the futuristic house known as ‘The Pods’ (From $210 per night) owned by Pearson’s photographer friends, brother and sister Derek and Marion Drew.

Springs Beach at Sunrise at 1770 is generally recognised as the first quality surf point break north of Fraser Island, and the last true surfing beach on the east coast of Australia.

The town of 1770 is a 120-kilometre drive north of Bundaberg, which has an airport that is serviced by all the major domestic airlines. Sunrise at 1770 is located just five kilometres south of the township.