10 Reasons Why Canberra is Not Boring 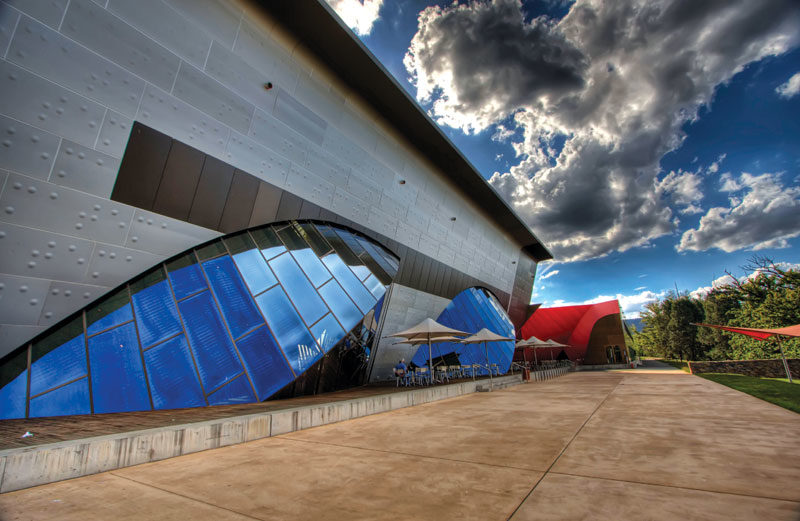 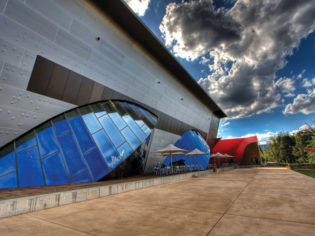 Canberra is one of Australia’s favourite punching bags. The rest of the country complains that the capital city is too full of politicians, has blistering cold winters (ignoring the gorgeous springs and nicely hot summers), and most of all, it’s boring. But Canberra is far from dull.

Does Canberra’s design have occult significance? Walter Burley Griffin and his wife / creative partner Marion were linked with several esoteric and occult groups in the 1920s, which would explain Marion’s fondness for geometric and star patterns. (Canberra’s inner roads have an eight-legged star centre, which presumably means that there’s a secret society worshipping the devil somewhere in the City Centre.) One scholar, Peter Proudfoot, has suggested there was a “secret plan of Canberra”, based on the “cosmic canon of the ancients”. The theory has become popular over the years, even though – when they handed in their Canberra design in 1911 – the Griffins weren’t known to belong to any such cults. Whatever the case, the geometry between Parliament House and the City – as well as looking very cool from Black Mountain or Red Hill – could have a mystical significance.

2. The bosom of the nation

Officially, “Canberra” is an Aboriginal word meaning “meeting place”, but no living person can verify that. Another theory is that it actually means “woman’s breast”, and the city received that name because it was nestled between two mountains. (One can imagine the naming officials sneaking off for a private giggle, saying “I can’t believe they fell for it!”) This should cause endless joy to schoolboys everywhere.

Here’s an interesting fact: Canberra has fewer politicians per capita than any other state or territory. Yes, truly! It has about the average in the local government, but far fewer Federal pollies – per capita. Don’t like politicians? Come to Canberra when Parliament’s not in session!

Whatever cosmic plan they had for Canberra, the Griffins probably weren’t thinking of triathlons. However, Canberra seems to be made for sporting events, including a bevy of triathlons centred on the scenic shores of Lake Burley Griffin. But perhaps no sporting event uses Canberra so well as the Sri Chinmoy Triple Triathlon in November, an all-day event in which teams of swimmers, cyclists and runners (and a few ultra-fit solo triathletes) do three triathlons in a row – one swim in each of Canberra’s three lakes, and three runs and mountain bike courses over the various hills that surround the city. Quite frankly, you couldn’t do an event like this in Sydney or Melbourne. It’s not called the “bush capital” for nothing.

Since The Lodge in Yarralumla became the Prime Minister’s official residence in 1927, every PM has lived in Canberra – except for John Howard. If Mr Predictable-and-Safe preferred to live in Kirribilli House, surely Canberra must be more exciting than people think.

Who says there’s nothing to do in Canberra? For the record, Canberrans have Australia’s highest attendance of art galleries, concerts (both classical and rock), theatre, dance, cinemas, musicals and “other performing arts”. And you know what? They don’t even need to leave their home city. Contrary to the myth, Canberra has a thriving arts scene – and what’s more, a quality arts scene.

Probably the National Carillon on Aspen Island. A gift from the UK, this bell tower cost more for Australia to dismantle and ship across than it cost for Britain to build. The Queen then opened it, on behalf of all Australians. (Yes, the Queen! This was back in 1970.) Until recently, you needed a PhD in map-reading to work out how to get there. (A new roadway now veers off the Kings Avenue Bridge.) But as monuments to folly go, it’s a wonderful sight. The bells – playing everything from Beethoven to Burt Bacharach – sound especially good.

Canberra was once reputed to have more restaurants and cafés per head than any other city in the world. (Paris came second.) It’s a disputed claim – Adelaide and Perth both now claim to have more restaurants per capita than any other Australian city – but there’s no shortage of fine dining. In 1999, food writer Barbara Santich even wrote a front-page story about Canberra’s restaurants for the travel section of the New York Times, which led to long-distance reservations at the Chairman and Yip (innovative Chinese) and The Ottoman (Turkish, naturally). Despite this cross-Pacific endorsement, the other restaurants profiled have since closed. Happily, there are plenty of worthy successors.

Canberra is renowned for futuristic buildings that, unlike most “futuristic” buildings, don’t look dated and kitsch 20 years later. We’re not just talking 1980s structures like the High Court and Parliament House, but earlier relics like the 1959 “shine dome” that houses the Australian Academy of Science.

According to The Times (UK), the Australian National University, as well as being a nice campus, is easily Australia’s best university, ranking #16 in the world. That might help to explain why Canberrans make more money, have higher employment, and enjoy some of the highest literacy rates in the country. (And they wonder why some people don’t like them . . .)