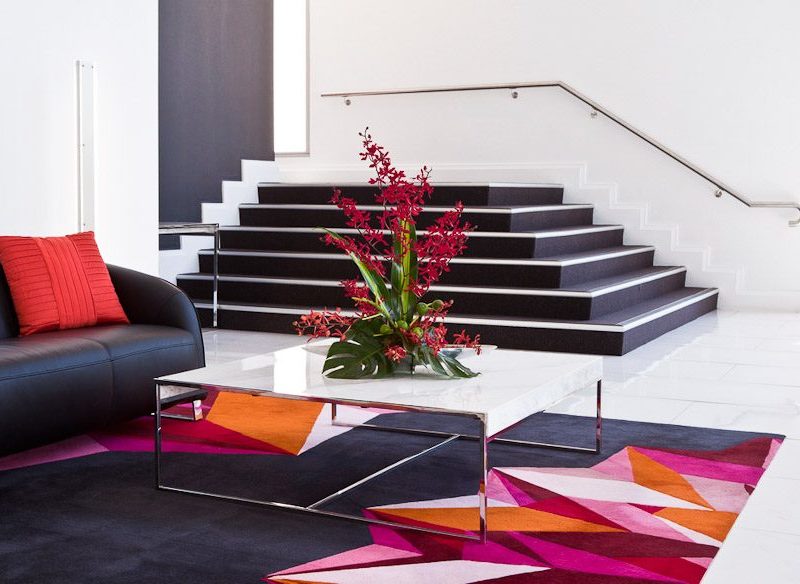 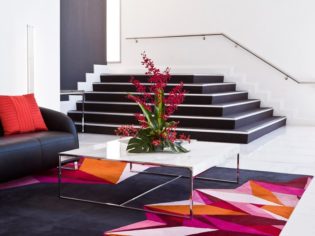 Our National Capital is becoming an attractive destination, thanks to a swathe of new design hotels, writes Quentin Long.

If you’re looking for a place to rest your weary head when visiting Australia’s capital, then a little research goes a long way. That’s why at Australian Traveller, we pay our own way, and our reviews are anonymous, so we experience exactly what you would.

In this review you’ll find a breakdown of the hotel’s lobby, the rooms, the amenities – and even the booking service, so you can make an informed decision before booking your stay.

You are so welcome.

There is definitely something happening in Canberra. The “new Canberra” has a confident local population with a sense of identity and belonging. Canberra is no longer a place of transience but a place worthy of a family putting down roots. It’s only taken 100 years (Canberra celebrates its centenary in 2013) and a bastardisation of the Walter Burley-Griffin vision, however we got there in the end. 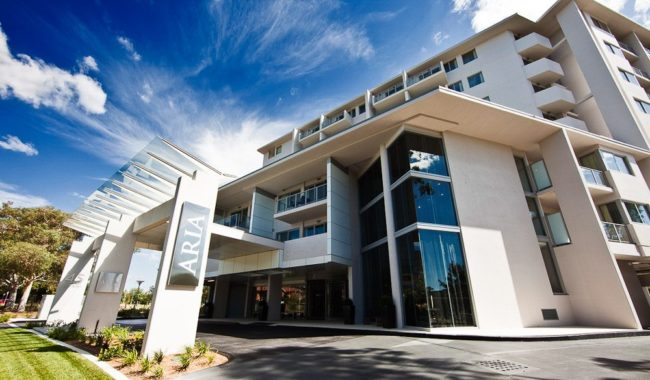 A marker of this new confidence is development of several new hotels in the last five years or so. The Diamant, the Realm, the soon-to-be-opened Burbury and the Adina all belong to a new breed of hotel that caters not just to ministers, lobbyists and hangers-on but the increasingly more common cultured leisure traveller. The idea that a relatively smart traveller chooses to explore the precincts of Canberra are a powerful subliminal message of approval to the permanent residents. These new hotels are the barometer of an increasingly sophisticated city.

These are the thoughts that go through my head when I first walk into the (for now) newest of these “hotels as mirrors of social change”, the Adina Hotel. I’m met by a spacious stark white marble foyer where an atrium is overlooked by three floors of internal balconies. It’s a design feature that echoes the Marina Mandarin in Singapore, which was completed in 1987 and therefore makes me feel the design is a little dated. The swollen space is filled with natural light and startling light fittings that bring the design back to 2011. It’s a bold statement that welcomes visitors, but somehow it doesn’t quite seem finished. There’s even a strange kiosk complete with roller shutters that would look more at home in a regional airport.

This is what I come to expect of the Adina – it’s a confident and competent hotel with some missing non-critical details, which is reflected in the affordable rates.

The hotel is on the ‘cheaper’ north side of the lake, just behind Northborne Ave next to the ABC building. Opened in August last year the hotel is in a convenient location to “the Civic” and its shopping and burgeoning eating district.

The rooms are varied in size and amenities. The two-bedroom apartment was the only option for us as we were on a tri-generational family trip where the eldest member of the entourage was my sprightly 72-year-old father-in-law and the youngest my less sprightly and far louder three-month-old son. 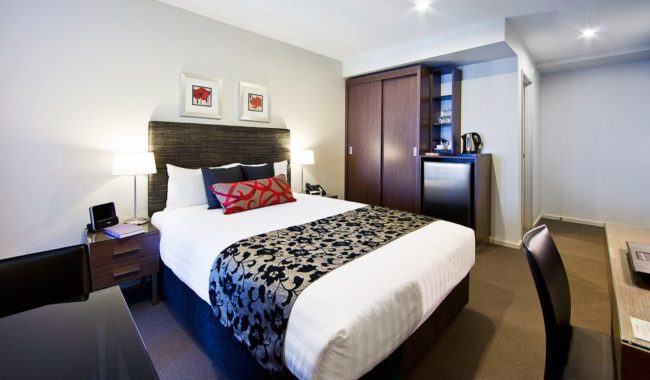 What made our accommodation a two-bedroom “apartment” was a connecting doorway from a one-bedroom apartment into a standard hotel room. The styling is modern and comfortable with white walls, grey carpet and floral throws and upholstery.

The space difference between the two rooms would influence how you feel about the place. The one-bedroom apartment is spacious and well-appointed for a long-term stay, with a complete kitchen, full-sized fridge and laundry.The ensuite is spacious and my sprightly father-in-law emerges the following morning praising the rainwater shower head. The bedroom just manages to house a king-size bed, and a balcony with not much of a view is finished with an outdoor setting for four. 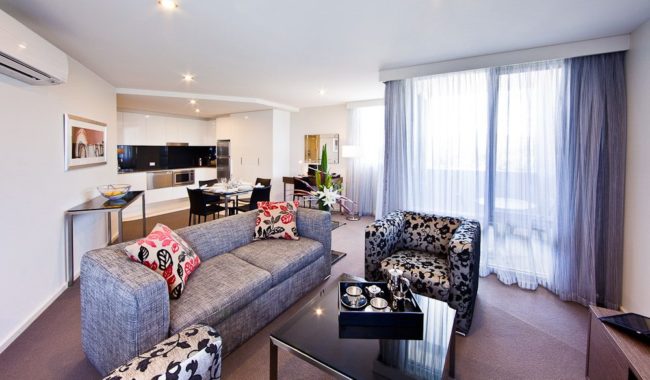 The hotel room is similarly furnished, but in miniature. The queen-sized bed is cramped next to a desk under the large flat-screen TV and a table with two chairs is similarly crammed in the corner. The bathroom is similar, with that lovely rainwater shower head. However the shower recess is so small that opening and closing the shower door floods the bathroom floor. Why can’t hotels of any star rating seem to get this consistently right? The balcony is so ridiculously small it seems like a waste of time – although in the height of summer access to fresh air may come as a relief.

If it weren’t for this review we would have bypassed the kiosk and headed to the Civic for breakfast. Our kindly kiosk attendant probably wished they were there too. The coffees are served in takeaway cups and the muesli constitutes a miniature Kellogg’s box accompanied by a small carton of long-life milk. It’s awkward and peculiar for four guests to sit in a vast and empty atrium on a Saturday morning, amongst a dozen empty tables in a brand-new four-and-a-half star hotel, sipping takeaway coffee and toasted pre-prepared ham and cheese croissants.

The booking process was a surprise, too. When called to inquire if the travel cot and associated accouterments of infant travel would be okay, the helpful phone assistant offered a further discounted rate to the online Wotif rate. It always pays to call direct.

The Adina (formerly Aria) is a decent, affordable and worthwhile apartment hotel but at least until the Burbury opens the top dog of the new breed of Canberra hotels is still the Realm.

Quentin Long (and his parents-in-law), who paid their own way and visited anonymously, says: 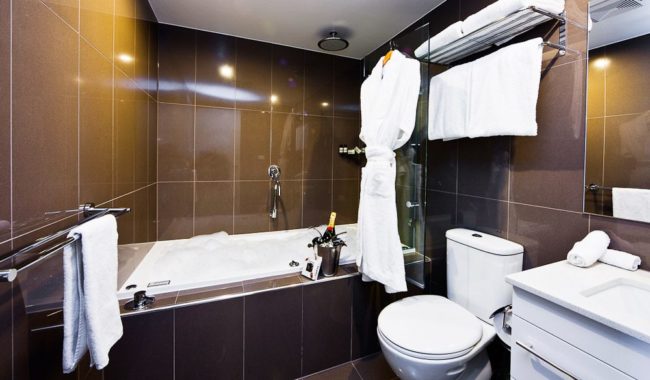 “A comfortable, confident and competent affordable hotel in Canberra where all the important bits are done well and not much of the other details.”

Notes // Quentin paid $270 for a two-bedroom apartment for one night by booking direct with the hotel over the phone.

Want to learn more about where to stay in Canberra? Check out our handy Canberra accommodation guide…