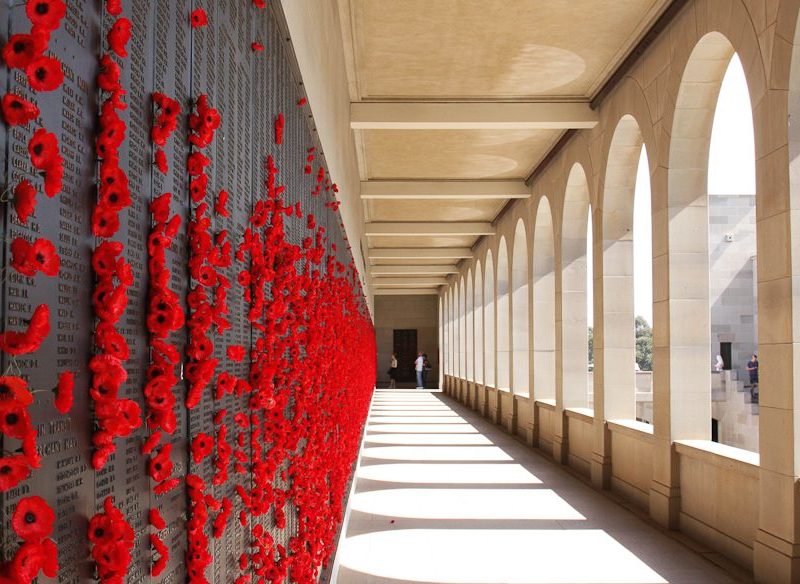 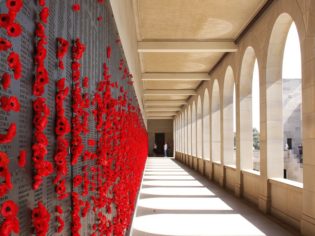 Museums and galleries come and they go, but not these Canberra classics. These five hubs are at the top of the capital’s cultural A-list.

If you know anything about Australia’s capital, it’s probably that it’s the epicentre for Australian history, culture – and politics. It’s a haven for those who seek to learn more about our fair country and pay respects to those who have fallen for our freedom. With the Australian War Memorial and the National Library making up just two of five major culture centres in Canberra, there’s truly nowhere else you need go.

As a solemn place to reflect on the many conflicts present and past, the Australian War Memorial’s sweeping, poppy-strewn Roll of Honour is unsurpassed. More than 102,000 names of fallen members of the armed forces, along the bronze panels, exclaim the consequences of war all too clearly, while the memorial’s comprehensive galleries try to show the how, where and why.

Literally thousands of diverse items tell individual stories, which are combined broadly into two collective world-war narratives (each with its own huge wing). There’s no glorifying here. Dioramas depict, dispel and interpret famous battles, such as Lone Pine, while reconstructed examples of a homemade Anderson air-raid shelter confirm how deeply hostilities from afar have afflicted the country’s psyche over the years. An impressive sound-and-light show in Aircraft Hall also gives context to how these behemoths were used.

Take a guided tour with a veteran to get your bearings and to hear stories come to life, plus the odd cheeky anecdote. Just how did Kittyhawk pilots keep their beer cold?

2. National Museum of Australia – a puzzle that only you can solve 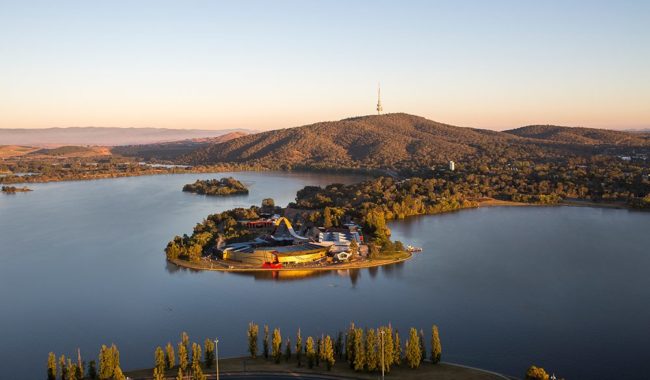 Out on its own: National Museum of Australia, Canberra.

Out on its own peninsula, the National Museum of Australia (NMA) building forms its own landscape of themes and colours: it is vivacious, conflicting and polarising, in that utterly Australian, Vegemite, love-it-or-hate-it sort of way.

Like the exhibitions inside, the pieces of the puzzle are laid out in front of you, leaving you to interpret as you please. There’s no dusty, ignored corners jammed with singular grand narratives; this is a social history project, woven from a fluid stream of small voices representing all heritages, cultures, quirks and mistakes.

The extensive First Australians gallery lays bare the spectrum of multiple, evolving views about Aboriginal Australia, from its ancient ingenuity to darker moments in history. The fascinating Eternity Gallery best represents the NMA’s method, with its biographical vignettes: the ‘mystery’ of Granny Locke and ‘loneliness’ as seen by Paquita Mawson, wife of explorer Sir Douglas.

You’ll want to exit via the gift shop here, too. It’s one of the best around for finding idiosyncratic pressies, from vintage balms to a Yoda-in-a-top-hat dinnerware set.

3. National Library of Australia – the quiet one you have to watch

A glass of Canberra riesling is a novel way to reflect on an interesting book – not what you’d expect to be doing in a library. But then, the National Library of Australia (NLA) does quite a few ‘un-library’ things. Its Bookplate Cafe, for example, offers two-course-and-a-drink lunch specials.

It’s one of the few genuine destination libraries in the world: part book temple, part gallery and part architectural curiosity. The Treasures Gallery houses endless quirky bits and pieces for the browsing, from Olympic torches to ancient maps, furniture to Beethoven’s life mask.

A vision of architect Walter Bunning’s version of Greece’s Parthenon, the NLA is stripped back of motifs, but then contradicted by 16 stained Belgian and French chunk-glass windows. Even without picking up a book, check in for at least a couple of hours here.

Opened by Her Majesty Queen Elizabeth II on 12 October 1982, the National Gallery of Australia is truly an Australian landmark to be admired. The comprehensive collection of works housed in our behemoth national gallery encompasses Australian, indigenous and Torres Strait Islander, American and European, Asian and Pacific art; in total over 166,000 works make up the permanent collection. The gallery’s vision is to ‘be a source of inspiration for the people of Australia.’ It was established in 1967 by the Australian government as a national public art museum. The gallery relies on funding from the Commonwealth Government and actively seeks financial support from private and corporate sources.

Pieces worth searching out while you are there include Claude Monet’s Water Lilies and Jackson Pollock’s Blue Poles: No. 11.

Entry to the gallery is free, though some major events are ticketed.

Opened in 1968, the National Portrait Gallery is one of the unsung gem’s in Canberra’s culture crown. Within the National Portrait Gallery’s jutting, soaring structure is a collection of significant portraits of myriad famous and infamous Aussies from across the ages. Those featured are considered important in their field of endeavour or are people whose life sets them apart as an individual of long-term public interest.

As diverse as Captain James Cook to Nick Cave, Barry Humphries and Trucaninny, as well as stars like Lee Lin Chin, Mick Fanning, and Betty Cuthbert in various mediums, from sculptures to oils on canvas.

There are normally around 1,400 portraits on display at the National Portrait Gallery at any one time and surprisingly personal photography is allowed for the main galleries, just not the temporary exhibitions. It is up to the individual to ensure copyright is not infringed. Many exhibitions run year round and the gallery hosts various tours that give visitors a sense of Australian character in a way they may have never experienced.

Entry to the gallery is free, though some major events are ticketed.