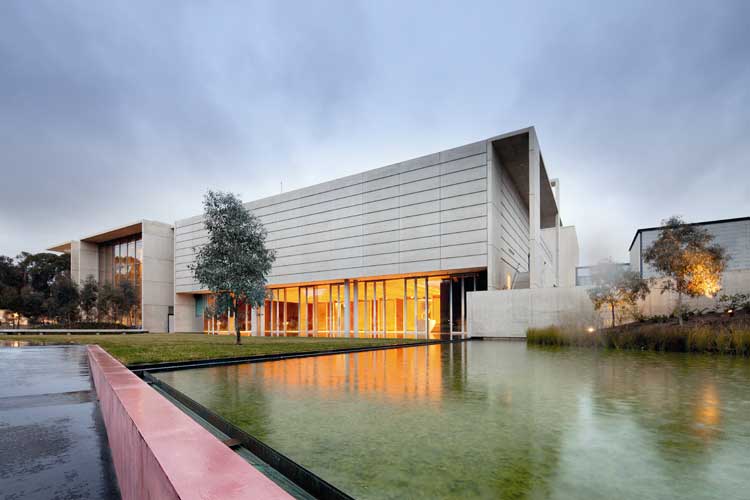 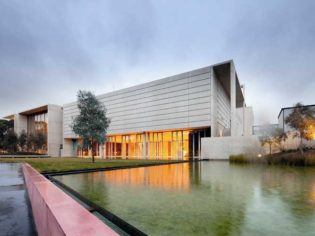 A seriously sizable art gallery dedicated solely to aboriginal art has been a long time coming in this country, and now it’s here we can’t wait to see the result. On October 1, the NGA in Canberra opens the doors of its new wing – a vast architectural space leading into 11 separate indigenous art galleries. These purpose-built galleries display works from the historic to the contemporary, from the craft-driven to the political, proving that Australia’s indigenous artists are not only talented and accomplished, but sit comfortably among the best artists in the world.

NGA’s Senior Curator of Aboriginal & Torres Strait Islander Art, Franchesca Cubillo, was delighted to be involved in the creation of the new wing. “This is the largest collection of Aboriginal and Torres Strait Islander art, not only in Australia but in the world, at just over 7500 works of art, and I felt I needed to be a part of the gallery’s creation,” she says. “It was never a question of why do it, but that we needed to do it. Indigenous art is part of every Australian’s history and heritage, generating up to $500 million a year for our economy.”

That the indigenous galleries have been given prime position at the entrance to the NGA is testament to the calibre of artworks here. For those who haven’t had much exposure to indigenous art, it will provide an instant education.

“Aboriginal art comes from a very long cultural tradition, consisting of iconography, symbols, designs, storytelling and the Dreaming,” says Franchesca. “It’s a rich visual language made manifest on rock surfaces, important cultural objects and body design as part of ceremony. Today it is conveyed via acrylic paint on canvas. The language was intended to communicate with ancestors in the spiritual realm, with neighbouring clan groups on a practical level, as well as to pass on traditional law and customs to a younger generation. The artwork has changed over time as different influences came along, but it has always delivered a strong visual message. Visitors to the gallery will be challenged by some artworks, and marvel at the craftsmanship of others.”

The complexity and diversity of the art comes from the fact that at the time of British contact in 1788, some 300 different nations of Indigenous people lived on the Australian continent. Some of the artworks are undeniably race-based and can be confrontational, but they are also brilliantly executed.

“The distinction between art and craft were never there in indigenous art,” says Franchesca. “From ancient times, everything was created with incredible attention to detail, and with great skill. It’s brilliant on a technical level but each artist also had a distinct individual style.”

When visitors enter the gallery, the first artwork they’ll see is an installation comprising 200-hollow log coffins from Arnhem Land, each painted with ochred clan designs telling ancestral stories, created in response to the Bicentennial in 1988.

“The Aboriginal Memorial remembers the people who passed away during the 200-year colonisation of Australia (1788-1988),” says Franchesca. “It commemorates the dead but also celebrates the survival of the Indigenous culture.”

From there, you’ll find centuries-old ceremonial masks from the Torres Strait, bark paintings from the 1950s and ’60s, Papunya paintings and the most cutting-edge contemporary pieces, including Tony Albert’s Ash on Me, a collection of kitsch ashtrays with Aboriginal people’s faces on the bottom, which the artist collected from vintage stores. “When people visit the gallery, I want them to think, ‘Maybe this is more than ethnographic art, maybe this is more than cultural objects… yes – this really is fine art,” says Franchesca.