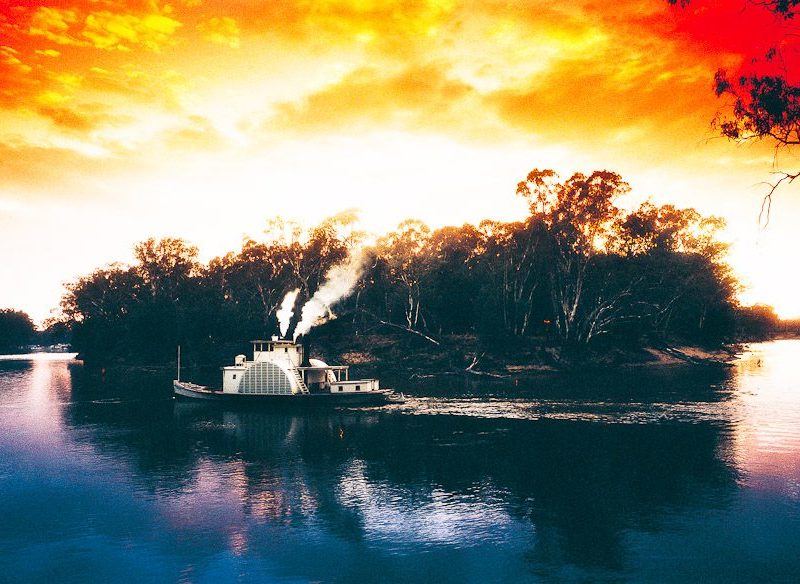 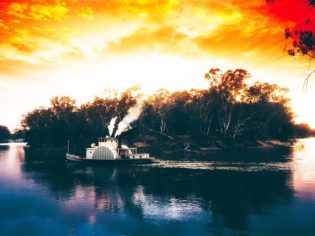 One of the largest river systems in the world, and certainly in Australia, the Murray River is an important highway – both past and present – for three Australian states. The river flows 2530km from the NSW Snowy Mountains to the ocean in South Australia – and nearly 2000km of its twisting length is navigable.

But it’s not its length that makes the Murray a must-do experience – it’s the historical romance. There are dozens of historic towns dotted along the border between NSW and Victoria that provide different options for spending time on the river; few are as romantic or memorable as jumping on board a paddle steamer, however. For drive-yourself fiends, renting a houseboat for a week is also a great option.

“It’s such an important river, but it’s almost ignored by modern Australia. From its start in the Snowys, through Echuca and the Riverland, it changes so much.”
– David Koch

Did you know?
Echuca Wharf was built in 1865, when Echuca was the second busiest port in Victoria. Once 332m in length, it now stands at a mere 72m, after Victorian railways demolished it during WWII in response to a firewood shortage in Melbourne. The Wharf is constructed entirely of timber, mostly using local red gum.

How to get there
NSW
The Riverina region is serviced by various airlines, including Rex.

The Hume Highway is the main road leading to the region.

There are bus services from Sydney and Brisbane to Melbourne and Adelaide, such as Greyhound and Fearnes Coaches.

CountryLink trains reach many towns in the area.

SA
The Riverland region is serviced by bus services from Adelaide, including Premier Stateliner and Greyhound.

VIC
There are daily Greyhound bus services to Mildura on the Sydney to Adelaide route.

V/Line operates the Murraylink train service between Mildura and Albury, as well as the Speedlink between Adelaide and Sydney, with stops in Echuca and Albury, and trains between Melbourne and Swan Hill.

There is also a daily train/bus service between Melbourne and Echuca.

The Murray Valley Highway from Mildura to Corryong is the best option for travelling by car.

www.murrayriver.com.au
This website claims to be “the largest site on the Murray River in the world”, with information on houseboat hire, tours, accommodation etc.