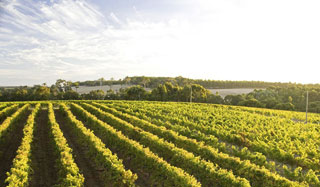 Australian Traveller Magazine hosted their first-ever Readers’ Choice Awards on Tuesday evening (November 29), recognising the best travel experiences in the country, as judged by the magazine’s readership.
Among the 18 category winners was Melbourne, voted Australia’s Best City for its history, sporting events, shopping and dynamic laneway bars and cafés. Meanwhile Margaret River in WA was awarded Best Town in Australia for its revered wineries, restaurants and farm gates, not to mention its rural charm and fierce surf breaks.
However the most controversial award-winner of the night was Qantas, taking out Best Major Airline in spite of the recent grounding dramas.
“These awards are voted for by the most important people in the industry – the travellers themselves. It’s a real mark of what travellers really think about travelling in Australia,” said Australian Traveller Editor, Elisabeth Knowles.
“Despite all the doom and gloom about domestic travel, our readers tell us a very different and positive story,” Knowles continued.
The Australian Traveller Readers’ Choice Awards are the only consumer awards for tourism in Australia, compiling the information from more than 1000 reader surveys that were gathered by the magazine over the past three months.
The full list of award winners and runners-up, explanations and other inside information has been published in the December/January edition of Australian Traveller Magazine, on sale now.
To order a copy online, CLICK HERE!