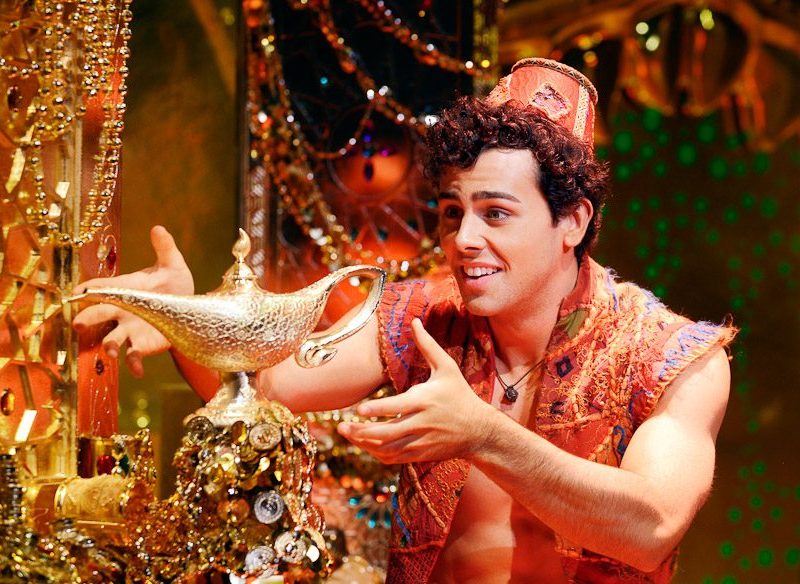 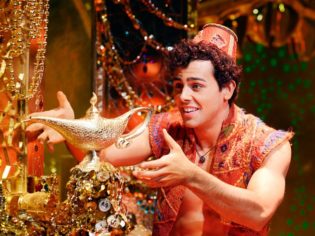 Disney’s Aladdin The Musical has a hell of a lot to live up to, thanks to the 1992 Robin Williams-voiced animated film.

1. To live out your Arabian Nights’ fantasies

If you’ve ever dreamt of faraway magical lands with bustling grand bazaars, desert mirages and exotic sunsets, then Aladdin The Musical will have your senses in an Arabian twist.

Set in the fictional land of Agrabah, the stage production is set around the marketplace, where stall holders tout colourful spices and exotic fruits, swords and scarves, with mud-brick flat buildings and ornate minarets; the beautiful Taj Mahal-like palace with large white Mashrabiya (latticed) windows and doors; and the mysterious Cave of Wonders set in the rolling desert dunes.

2. To be razzle dazzled

The costumes rival those of Priscilla Queen of the Desert – think sequins, beads, crystals and glitter that sparkle with every ray of light that catches them.

Even the ‘poor’ characters in the marketplace wear rich-coloured costumes made of exotic fabrics sourced from Morocco, India and beyond.

The sets are first-class, designed by seven-time Tony Award-winning scenic designer Bob Crowley, especially the night scenes when the theatre falls into darkness, with just a blanket of a stars lighting the stage.

The most eye-poppingly impressive set is that of the Cave of Wonders. Without giving too much away, the treasures depicted in the 1992 animated movie are truly brought to life on stage – it’s stunning.

There are also some fun gimmicks that startle the audience, igniting the big kids inside and obviously thrilling little kids, too. (There are a couple of scenes that may be a little scary for littlies, but they’re short-lived.)

3. To laugh out loud

It’s true, some musicals can incorporate, ahem, lame jokes, but – for the most part – we’re spared those in Aladdin.

There are several clever modern-day references and the character of Genie, played by Michael James Scott, provides laugh-out-loud moments.

Robin Williams left some big shoes to fill as the voice of the Genie in film, but Scott’s effeminate Oprah-like Genie character is played so perfectly and he doesn’t miss a beat.

4. Just try not to sing along

Who doesn’t love a Disney song!? One Jump Ahead, Friend Like Me and Prince Ali have the crowd bouncing along with cheesy grins.

In fact, the eight-minute performance of Friend Like Me gets a well-deserved standing ovation.

Now for the elephant in the theatre: for fans of the much-loved film, new songs added specifically to the stage production might have you thinking “Come on, get on with the classics!”.

There are several in the production (mostly in Act One), including Proud of Your Boy, a poignant song performed by Aladdin that was written for the film but cut.

However, the new songs fit well, in particular, the enjoyable ‘Babkak, Omar, Aladdin, Kassim’ which could have easily slotted straight into the movie.

You’ll also enjoy snippets from some other Disney classics, courtesy of Genie.

For a production about a magical Genie, a little magic should be expected.

Of course, some of the trickery is clearly achieved by diverting the audience’s attention (sudden costume changes, characters appearing from nowhere and the like) but if you didn’t believe in magic carpets, you might be rethinking it after the show.

Aladdin is currently playing at the Capitol Theatre, Sydney, until November.