A date with Dannii Minogue 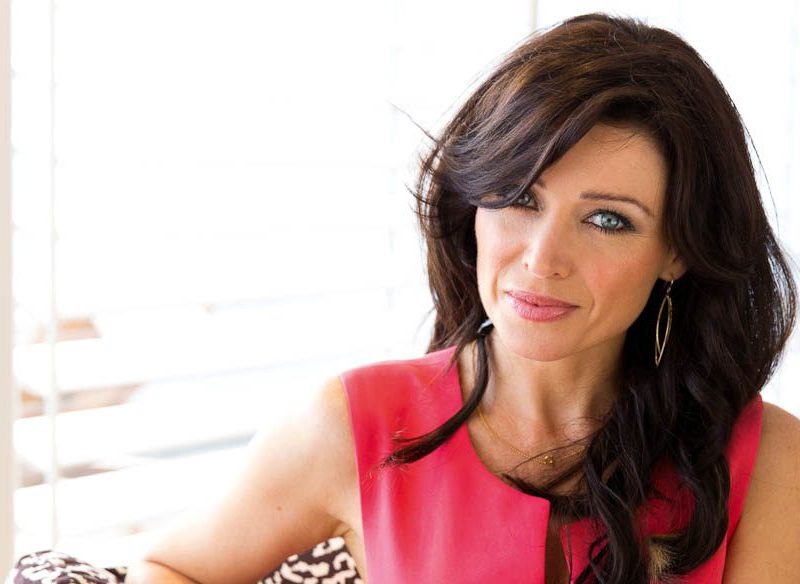 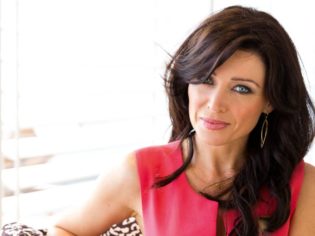 A beauty in love with the bush and its wondrous wildlife, Dannii Minogue is a country girl at heart. Georgia Rickard caught up with her on Hayman Island.

I must say, I’ve always wondered – do you use fake names to check in at hotels?

Answering this might defeat the purpose, but… what kinds of names do you use?

Well, I was once staying at the Atlantis [One&Only The Palm Hotel and Resort, in Dubai] and the girl who booked me in said, “Oh, I didn’t know if I was supposed to book you in under a different name, so I just booked you in under mine”. And I’ve been using that ever since, because it’s just a normal name. It’s not a fancy, weird name. It’s just normal. When I went back there I said, “By the way, I travel around as you the whole time!”

[Immediately] Caravans. Caravans and Queensland, those are my favourite memories. All our family holidays were in caravan parks. We used to go with other families that we were friends with, and we were always together. I remember koalas coming out of the trees and running across the caravan park, which is something you don’t really see that much anymore. Times have changed a lot, which is sad.

Once we hit teenage years we said, “Dad, we want to go to Surfers Paradise”, so we’d drive up from Melbourne. You’d stand on the beach and they’d do that spray tan with oil and no SPF, and we’d sunbake. It was ridiculous. [Laughs]

Actually, my brother has recently bought a caravan to go camping with his family and you just really bond and it’s just daggy and fun. I’ve heard that a lot of the caravan parks in Australia are being closed down, which is a shame. I think it’d be nice to keep those because everybody can go and use them and experience the beautiful parts of the country. Save the caravan parks!

I haven’t done central Australia and I’m just dying to get out there. I just need to see it. I’d love to go out when the wildflowers bloom. That’d be ideal. I’d love to do that with [son] Ethan. I just love the sense of space you get in the desert, you can just think. It’s a whole different thing from being in the city with mobile phones and everything going round and round in your head. It’s quite deafening when you first get out there, but then it’s so peaceful. I’d really like to do more of that. A bit like where we are now.

Have you been to Hayman before?

I have, many times. I’ve been for New Years Eve, I came last year with ModelCo [Minogue is an ambassador for the brand]. I first visited when I was 17 or 18, when it was just built. I remember ordering chips and ice-cream to the room – coconut ice-cream, made from real coconuts. I’d never tasted anything like that in my life and I was just so spun out.

I like to be able to get to the reef and snorkel. I don’t know how to dive. Hopefully one day I’ll have to. It’s just one of those things where you go, ‘ok I’ve got a week’s holiday. Am I going to spend the entire time studying, or next time?’ And then I just don’t do it. Although, I have jumped in with a shark, I did that at Melbourne Aquarium. I made my parents and my grandma come and watch. [Laughs] I said, “You stand there,” and then I went around, got the wetsuit, suited up, and waved through the window… it was brilliant. I love sharks. Snakes, too, which surprises some people.

Why do you love snakes?

I love snakes. Pythons… I love them, I don’t know why. I think they’re cute.

Yes, I do. I do the 1000 Steps in the Dandenongs – you might know it as the Kokoda Walk. It’s pretty hardcore. They’re big steps up and when you get all the way to the top your head spins. But halfway down the endorphins kick in, and then you think ‘I want to do it again’. The most stupid thought in the world. Do not do it twice! And you just hear all the birds and the smell of the eucalyptus – it’s beautiful.

Do you have a favourite hotel?

I do like Surfers Paradise hotel, Palazzo Versace. I thought I was going to hate it! I thought, this is going to be way over the top and terrible… but I love it. I love the mosaics and the woodwork and everything there. And they were explaining to me that they’d brought people over from Italy to do it. I remember speaking to the manager and saying, “This is incredible. How do you keep it so nice and new?” And he said, “You’ve just got to do it right the first time.” I liked that. They haven’t done maintenance on it, it just looks great.

We also have a family farm – after you close the gate there’s a long drive down to the house and once you’re inside, it’s about no makeup, tracksuit pants, ugg boots, cooking and just being daggy. That, for me, is just the best kind of holiday. All the family go and all the kids play together, kangaroos go past… it’s one of my favourite places.

What are three essentials that always come with you when you travel?

For the plane it’s my iPad, my headphones and my [ModelCo] Fibre Lash mascara. Have you tried it? Mostly on a normal day, I wear that on its own. It’s a good product.

What do you think is the best thing about being Australian?

I think we’re quite adventurous. We do think about travelling and moving, and we’re not put off by long travel because everywhere close is still far way. I was actually just talking last night about the statistics of how many people overseas have passports and travel, as opposed to Australians. That’s really just something that’s quite normal for us, to have a passport and travel. And personally, I absolutely love travel stuff… I just devour it. Am
I the only one who reads the in-flight magazine? [Laughs]

Is that sense of adventure something you want to instill in Ethan?

Well, since he was born he’s had two passports – British and Australian – and he’s got family up in Manchester so I imagine he’s always going to travel between the two. I want him to know both. Speaking of being adventurous, though, I actually got an email last week. Bear Grylls wants me to go on an adventure with him!

You’re going to do it, of course… aren’t you?

Well, I said, “Can you send me the videos of the ones you’ve done?” Because a mate of mine, Stephen Fry, was just doing one with him last week, and Stephen said, “You know, I’m not the fittest guy so we have to do something within my capabilities.” But when Will Ferrell did it he said, “I’ve trained myself for this and I want to do the toughest physical thing that you can put me through.” All my friends have said ‘Dannii, you can’t do it’ which makes me want to. I’m actually quite capable, even though I don’t look it. I’m still not sure if I will, but there is that other side to me that’s an adventurer. I do like dresses and make-up but I’m actually also a real tom boy. It’s good that I had a son.