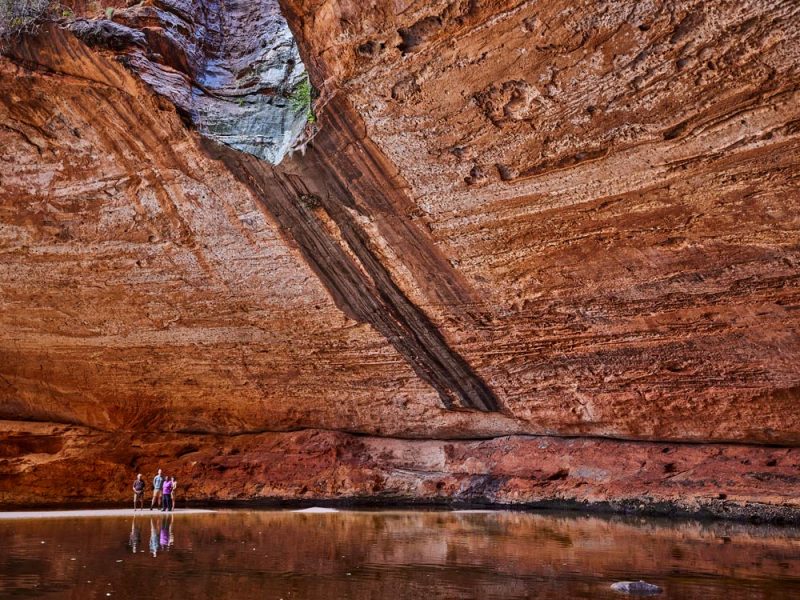 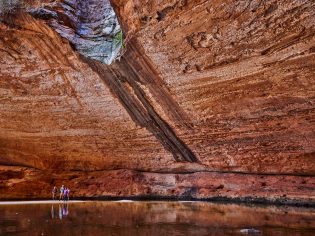 If you’re going to see the real Australia, you need to go “big”.

When Aussie power couple Zoë Foster-Blake and Hamish Blake got the call-up as our country’s newest ambassadors, we knew they would deliver something big.

And big they did. That’s the message of their new Tourism Australia campaign which urges Aussies to plan a “big” extended escape to inject some love back into our iconic regions.

The new nine-million-dollar ad campaign features the popular duo exploring some of Australia’s most scenic spots. From beach-hopping to bush-bashing, our humble backyard really does have it all. 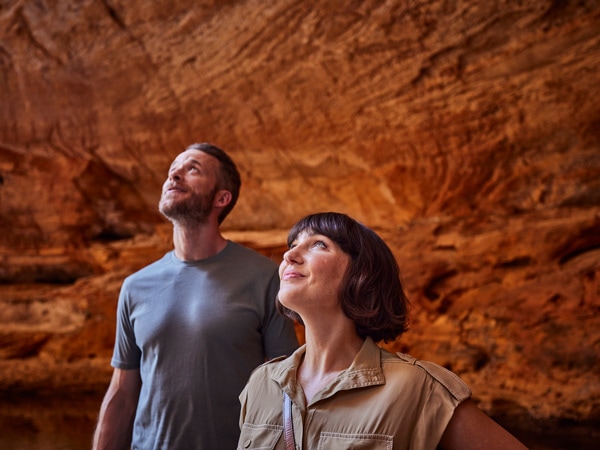 Opening the video is “Prawnie” — Ballina’s famous three-tonne Big Prawn. It was erected in 1989 as a nod to the local prawning industry and took up residence atop a local service station. When the station closed in 2010, another Aussie icon, Bunnings Warehouse, spent $400,000 restoring the landmark to its former glory, which included the addition of a 16-metre tail.

The couple then travel the country in a quest to find “an even bigger ‘big thing.'” What they find is a number of stunning and sizeable locations – and you can find out more about each of the epic destinations the couple visit below.

Most of the places on this list need little introduction, but this one even less so.

The Great Barrier Reef (GBR) is the jewel in Australia’s geographic crown, so it makes sense that Zoë and Hamish were drawn to its ‘big’ beauty.

Speaking of big, let’s break it down into numbers: the GBR extends 2300 kilometres along the coast from Bundaberg in the south to beyond Cape York in the north, and spans more than 300,000 square kilometres. This makes it larger than New Zealand. And it is also one of the few landmarks visible from outer space.

It could take a lifetime to explore the reef’s vast swathes and meet all its marine life. Known for its extraordinary marine diversity, the system is home to some 3000 individual reefs, 600 species of coral and an estimated 1625 species of fish.

Whether you marvel at it from a glass bottom boat, fly over it from a helicopter or jump in with a snorkel in hand, the largest tropical reef ecosystem in the world will live up to its reputation.

Make like the Blake’s and book a luxury tour with Sailaway Port Douglas. Local Port Douglas couple Steve and Katrina Edmondson started the snorkelling and sailing tour company in 1985 and have over 30 years of experience in Marine Tourism under their belt.

Read more: The ultimate guide to the Great Barrier Reef 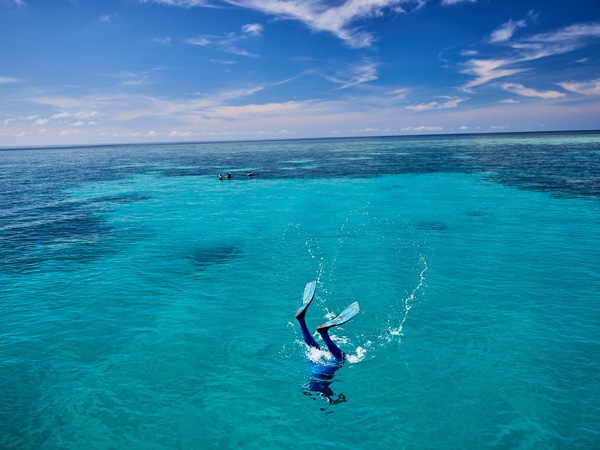 Located 100 kilometres south-west of Darwin, it is generally accessible all year round via a number of sealed roads. In the dry season it is also possible to get to the park from the north via Cox Peninsula Road (unsealed).

Believe it or not, Litchfield used to be a bit of a local secret, with Kakadu taking all the limelight. These days the park (and its gateway town of Batchelor) has become a pre-requisite day trip from Darwin.

While you’re there, make like The Blake’s and b-line for Florence Falls. The twin cascades make it undoubtedly Litchfield’s star attraction. Visitors can walk to a platform that overlooks the magic and a plunge pool. Watch families splash about on rocks, kids scale rock walls so they can jump into the abyss while others bob about happily in the cool, dark water.

Drive a few kilometres further and you’ll find the 4WD-only track to the Lost City – a group of fantastically-shaped eroded sandstone towers.

Read more: Get wild and weird in Litchfield National Park 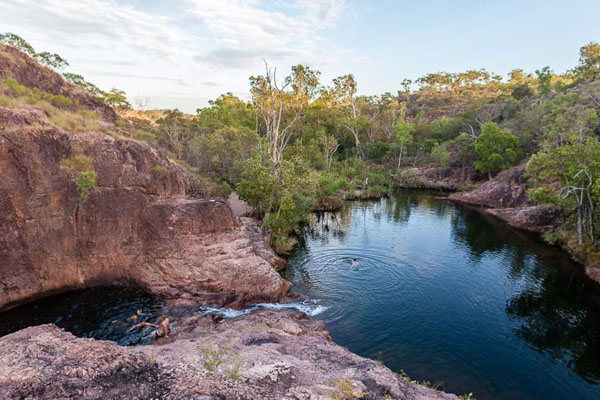 Towns along the Great Ocean Road are as beautiful as they are plentiful, and you’ll find that Otway and the surrounding ranges boasts some of the most breathtaking waterfalls in the region, as well as the most delicious produce nestled in its hinterland and rural towns.

Among its hidden beauty is Cape Otway National Park, packed with rugged coastline, rock formations, beaches, ferny forests and lakes. It isn’t hard to find yourself off the beaten track here, making time to discover some of its more adorable inhabitants.

Not quite as ferocious as its namesake, the tiger quoll is Australia’s largest remaining marsupial carnivore, but sadly, this little tacker is fast heading towards the same fate as its cousin the Tasmanian tiger. The forests, woodlands and coastline of the Otway Ranges are one of the last remaining habitats for this special creature; keep your eyes peeled.

Read more: The best itinerary to driving the Great Ocean Road in 3 days 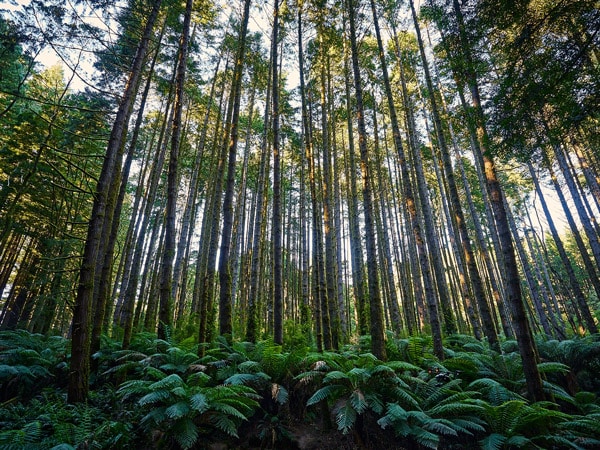 Ah, the Kimberley. It’s as large as Germany yet just 40,000 people inhabit its ancient lands – lands that stretch towards the horizon to form a haze of unforgettable natural wonders. 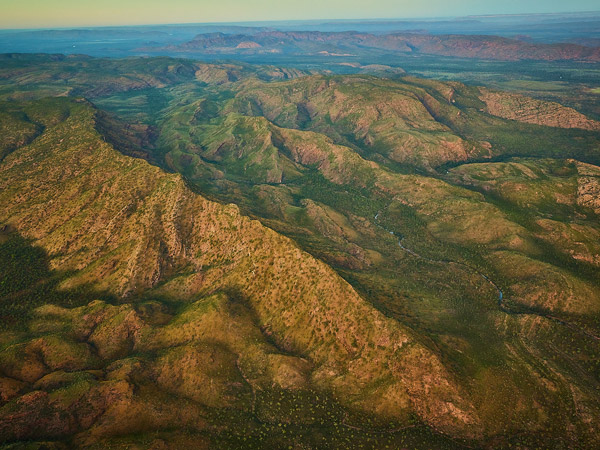 An aerial shot of the Kimberley. (Image: Tourism Australia)

Whether it’s Kununurra, along Highway 1, or taking the more adventurous route along the Gibb River Road to Broome, you’ll find the Kimberley is filled with life-changing experiences and scenes that will forever remain etched onto your heart and soul.

Without a doubt, anyone visiting the Kimberley needs to put Purnululu National Park at the top of their must-do list. Soar over the rugged and vast Kimberley landscape and learn about this fascinating range, also known as the Bungle Bungles, which has stood for 350 million years. 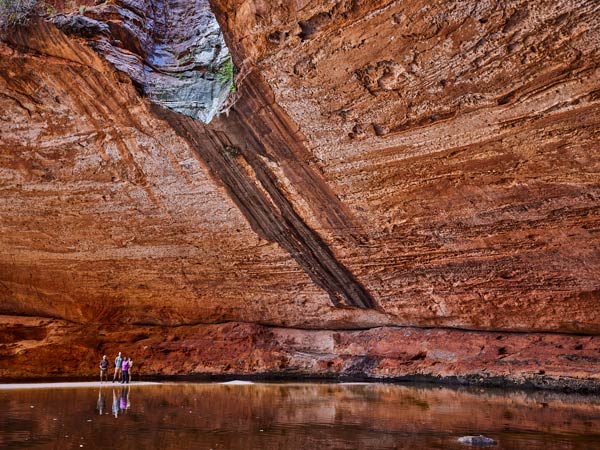 Because of its vast beauty, it is completely puzzling to learn that most people only found out about the now World Heritage-listed formation in 1983 after a film crew flew over it while working on a documentary. Or perhaps, you’ve only learned about it more recently in a Tourism Australia ad starring Zoe and Hamish Blake?

Complete the Cathedral Gorge Walk with Kingfisher Tours for prime access to these 250-metre tall jagged cliffs. Air and land journeys are available to browse here. 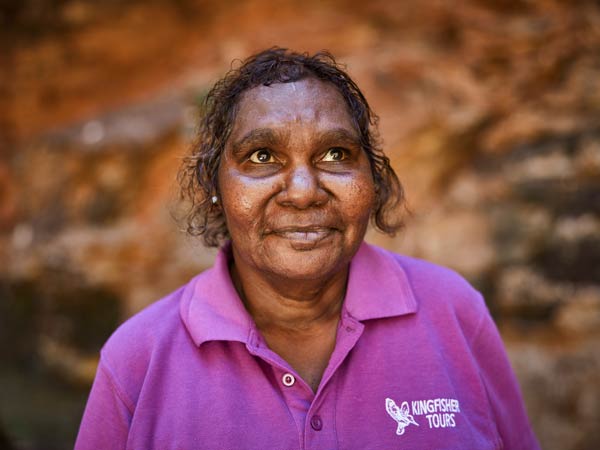 Kangaroo Island (KI) is the island with it all. Packing the best of Australia – pristine beaches, dramatic coastal scenery, iconic wildlife and wonderful local produce – into one irresistible, isolated slice of paradise. 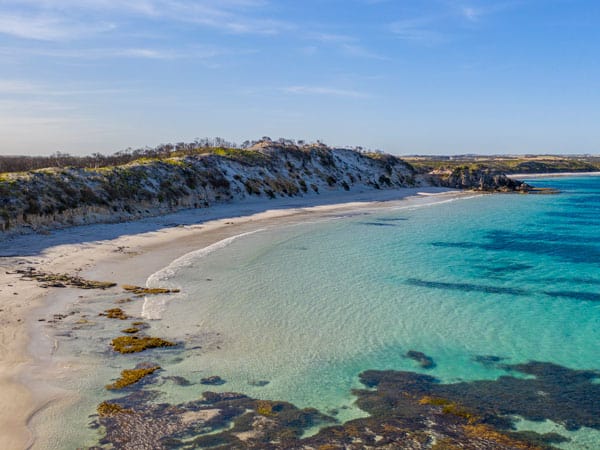 One-third of KI is national park or conservation area, which means you’ll find plenty of opportunities to get up close and personal with the ‘locals’. Spot sea lions, wild koalas, echidnas, distinctive Kangaroo Island kangaroos (a subspecies of the mainland western grey kangaroo, which is smaller and darker, with longer fur) and wallabies, either by chance or on guided tours.

The bushfires of January 2020 devastated parts of the island, but as of right now, not only is it primarily business as usual, it’s better than ever. For example, you’ll be spoilt for choice when it comes to selecting which outrageously pretty beach to enjoy each day. It would also be rude to ignore the fact that the island was declared a wine region in 2001. Do with that information what you will… 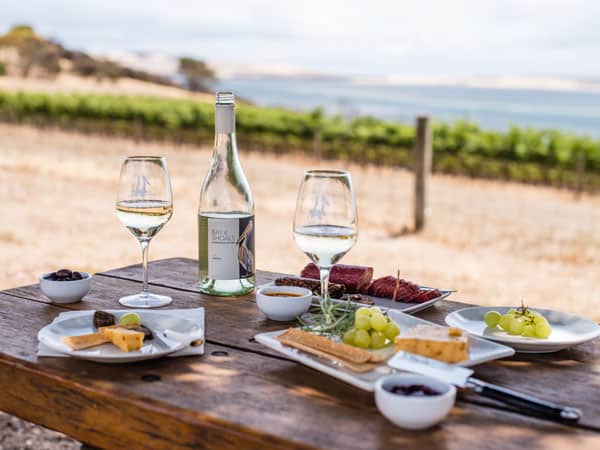 Read more: 15 reasons to head back to Kangaroo Island 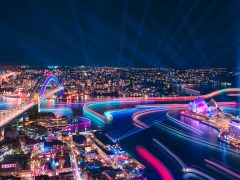 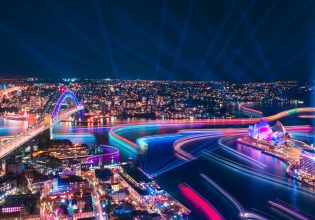 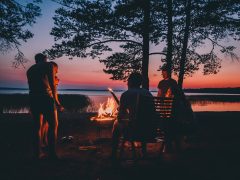 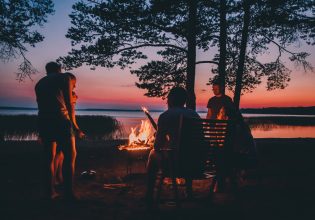 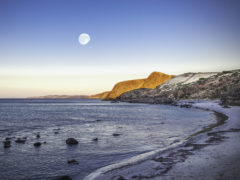 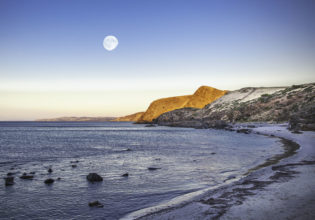 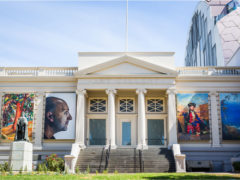 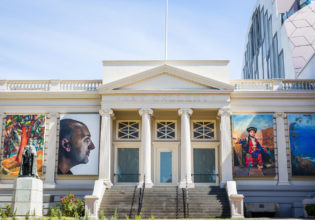 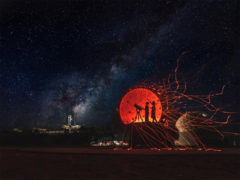 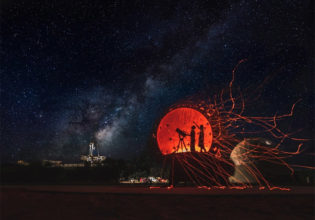