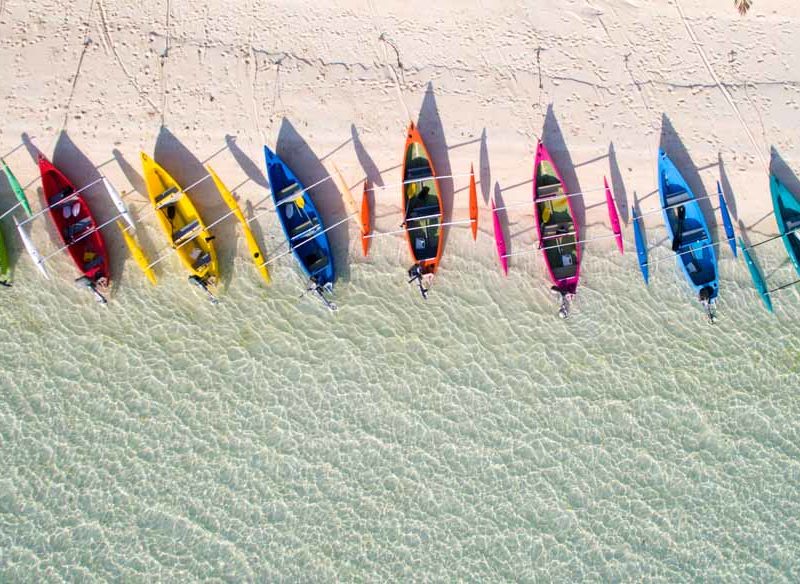 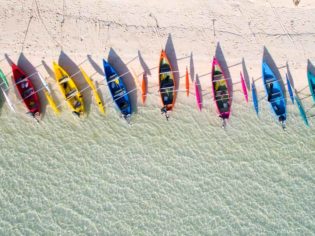 Follow great explorers to remote places, ADRENALIN-seek in the outback, marvel at the wilderness of Tasmania and the tropical outposts of the north, climb the country’s alpine heights and dive its beautiful depths.

If you’re reading this and fancy yourself the intrepid, adventurous sort, then there shouldn’t be any terrain on the planet that presents an obstacle to you going there.

Not only will this take you in and among the winter wonderland that is the snow-clad Australian Alps, but you will leave feeling confident traversing beautiful high-altitude mountainous terrain at home and abroad.

The ‘Introduction to Mountaineering’ course is a five-day adventure out of Jindabyne, staying in nearby Kosciuszko National Park at an on-snow base camp.

3. Home of the blizzard

An expedition to the white desert, Antarctica, is one of the ultimate adventures.

It’s difficult to reach the portion of Antarctica that Australia lays claim to, but where there’s a will there’s a way.

Heritage Expeditions retraces the route of explorer and scientist Sir Douglas Mawson, who along with Scott, Amundsen and Shackleton was a pioneer of Antarctic discovery.

On a 26-day cruise aboard a former polar research ship, you’ll make your way past colonies of penguins to the outpost of Cape Denison on Commonwealth Bay, the base for Mawson’s ill-fated expedition of 1911–1914.

Visit the hut where he sheltered howling winds for a year awaiting rescue.

What? The passenger ship, the SS Yongala, sank in 1911 en route from Melbourne to Cairns killing all 122 aboard. Found in 1958 intact and covered in coral, the wreck is now regarded as one of the best dive sites in Australia, if not the world.

Where? The wreck is located 12 nautical miles from Alva Beach, south of Townsville, in the Great Barrier Reef Marine Park.

How? Yongala Dive has one- or two-day options (two and four dives respectively) with accommodation in a renovated Queenslander at Alva Beach. You’ll need to have an Open Water-level certification.

Why? The hulking form of this 107-metre vessel looms out of the depths with its colourful outcrops of coral. You’ll see huge shoals of trevally and barracuda, rays, turtles and bull sharks.

A journey through our famously eccentric outback towns, meeting dusty characters along the way, is made possible by joining a postie on his rather unusual mail run tour from the subterranean opal mining town of Coober Pedy to William Creek along the Oodnadatta Track.

You’ll hit the unsealed red roads in something that looks a little bit like a tank, as the postie makes his stops at remote cattle stations, including Anna Creek Station, the largest in the world; Israel would fit inside.

You’ll cross the Dingo Fence, lunch at the legendary Pink Roadhouse in Oodnadatta and drink at the William Creek Hotel, a quintessential outback pub.

Taking you deep into the heart of the World Heritage-listed Tasmanian wilderness, guides Louis Balcombe and Cody McCracken lead a series of excursions based out of Pedder Wilderness Lodge in the Southwest National Park, a region where the last Tasmanian tiger was captured in 1933.

From the comfort of the lodge, you’ll walk through the gnarled eucalyptus valleys of Mount Field National Park; enjoy views of the spine-like Western Arthur Range; the towering forests of the Florentine Valley; and spend a day kayaking on Lake Pedder, exploring its pink quartzite beaches and inlets.

It’s a chance to see Tasmania at its best, in one of the last great wilderness areas on the planet.

Where: The Kimberley, WA

The Kimberley is a little like the Land of Oz; a wonderful, far-off place that is notoriously difficult to get to, owing to the fact that you’ll need to spend a small fortune to travel there.

But there is another way, if you’re prepared to forgo some luxury extras in favour of a few tinnies and a swag.

You can always book a cabin aboard the MV Oceanic, but if you’re like us, a swag up on deck under the stars is hard to beat.

Sitting even further out west in the Indian Ocean than Christmas Island is one of Australia’s most remote, and most beautiful territories.

The Cocos Keelings are a collection of 27 islets where two adjacent coral atolls break the surface.

They’re a little-known, untouched paradise of swaying palms and white sand beaches, coral reefs below sapphire blue waters, and it’s all ripe for exploration, the lush centres of the islands criss-crossed with trails and interwoven with the unique culture of the Cocos Malay people.

Try to make it to all 27 islands; you can do so by hiring a motorised canoe, but during the doldrums from November to May you can kayak or even stand-up paddle board between the islands.

Some of the smaller stretches can be made by snorkelling across or wading at low tide to find your own private islet for a spot of lunch; indeed, the Cocos Keelings lay claim to the world’s only atoll walk, whereby low tides at certain times of year enable you to walk the entire stretch of the main horseshoe-shaped lagoon.

There’s a strange, far-flung outpost in the north, one that until recently kept itself to itself.

Groote Eylandt, Dutch for ‘Large Island’, was named by Abel Tasman in 1644, and is home to the Anindilyakwa people.

Head there to feel like an explorer yourself, discovering the ancient cave paintings, unique culture and wild beauty of Groote.

Wild swimming can be a life-affirming experience and the Top End has some of the country’s best natural pools. take a dip at beautiful jim jim falls for instance.