Australia the Movie In The Outback 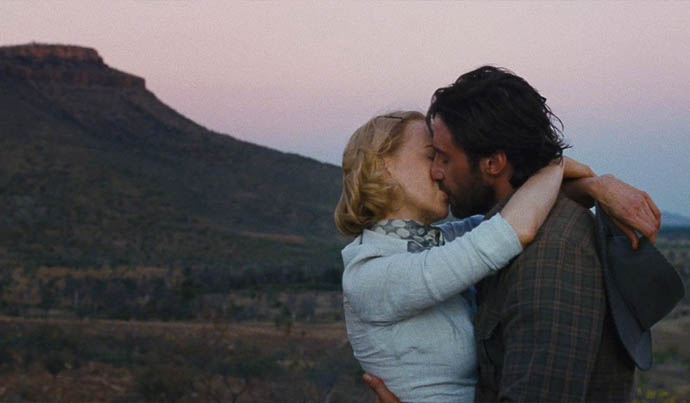 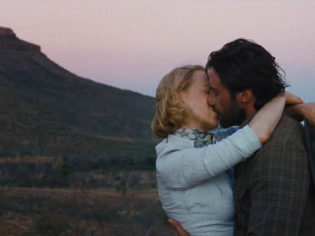 Australian: Spot the spot where Nicole and Hugh...

Follow in the footsteps of Australia the movie as AT shows you some of the most decadent and luxurious ways to tackle the great outdoors.

The term “Outback Luxury” used to be decidedly oxymoronic. Or explained away with some euphemistic excuse about the experience being the luxury, even as you’re sitting there among the dust and the flies.

In many ways, this idea still stands. Especially since some of the unique outback experiences that require a great deal of investment are nonetheless relatively non-plush, no matter how much money you throw at the problem. Dust and flies still steadfastly refuse to negotiate with anyone – and a five star retreat will never be built on the spectacular Injalak Hill in Kakadu (thank heavens).

In the outback, money doesn’t just buy you big fluffy bathrobes, gourmet food and over-the-top service. It also buys you access. Access to the extraordinary experiences that cannot be copied or reproduced for the masses. Your money also buys you personalised itineraries and service in places unlikely to otherwise ever see either. It also buys you the comfort and speed of your own aircraft to cover the enormous distances with the greatest alacrity to even the most remote of destinations.

Four organisations in Australia specialise in this upper end of the outback market: the global doyen of indulgent travel, Abercrombie & Kent (A&K to those in the know); the if-you-don’t-know-who-we-are-you-can’t-afford-us Epic Private Journeys; the widely recognised luxury outback specialists, Bill Peach Journeys (see In the Air); and the relatively understated Wilderness Australia. AT set them a task to find the most indulgent of outback experiences. What, for example, would you prescribe for an American couple who’ve just seen Hugh and Nicole strut their stuff in Australia the movie and want to experience the Australian Outback – with money no object and two weeks to spend.

Epic’s Inbound manager Pedro O’Connor says the highlights of his itineraries are driven by the interests of the guests. “If they’re ornithological, they’ll love camping with Sab Lord in Kakadu, followed by the luxury of Bamurru Plains.”

Sab grew up in Kakadu the son of a local croc and buffalo hunter (his childhood friends are now Kakadu elders, who give him special privileges and access to the land), while Bamurru Plains is the newest luxury camping experience in Australia on the Mary River Flood plain bordering Kakadu National Park (Bamurru Plains was also extensively reported on in AT Issue #017 — click here).

“The most moving and greatest indigenous cultural interaction has to be Willie Gordon and the birthing cave,” continues Pedro. Willie Gordon will take you on a private Cape York tour of the rock art of his tribe and the intricate customs of the birthing cave. The final destination on Pedro’s itinerary is the heart and soul of Australian bush ballads and identity in the Flinders Ranges. “Arkaba Station’s Dean & Lizzie Rasheed are the most poignant for understanding just how hard it was as pioneers in this country,” he says.

Every Epic guest is given a mobile with pre-set numbers, and Pedro follows up as they arrive at each destination to ensure no detail is overlooked. The itinerary stops off at the must-haves-and-sees for the luxury outback traveller: a night at the precariously positioned Wrotham Park; camping in Kakadu with Sab; the immense luxury of Bamurru; the Chamberlain suite at El Questro; Longitude 131º at Uluru; and the exclusive use of the homestead at Arkaba Station. But, as always, it’s the people – like Willie, Sab, Dean and Lizzie – who make it truly worthwhile.

When we set A&K the same task of basing an itinerary on Australia the movie, they said, “Here’s one we prepared earlier.” As we go to print, A&K are in fact launching just such an itinerary based on the movie into the North American market. It follows Australia a lot more closely, concentrating on the Kimberley region where most of the outback elements were filmed.

Both A&K and Epic are in agreement that the Chamberlain Suite at El Questro is non- negotiable for an outback luxury experience, but A&K also take you one hour up the road to Home Valley Station where you can really get into the spirit of the movie and take part in a mini-muster on horseback. (And, if you’re so inclined, take part in the cull of some of the unwanted feral scrub bulls.) The fishing at Home Valley is particularly spectacular, with a plethora of waterholes, billabongs, rivers and beaches (interestingly, they have one called Bondi).

The A&K journeys also have a special boat trip as part of their luxury outback package. Guests are flown to Talbot Bay, whereupon they board a new fast boat – the Jet A1 – to experience firsthand the massive tidal power of the Horizontal Falls. The return air journey takes in the Paspaley pearl farm, a low-level fly-over of the spectacular Buccaneer Archipelago, and back to Broome.

All in all the A&K itinerary is closely aligned with the movie: their Darwin Harbour Cruise is on the Pearl Lugger used in the movie, and Home Valley Station is where the cast and crew stayed (rumour has it El Questro refused to dishonour a previous booking to accommodate the Hollywood A-listers). A&K also make a point of taking guests to meet the Kimberley locals who helped in filming the movie.

Day 3: Sydney/Darwin (stay at Mantra on the Esplanade)

When Charlie Carlow answered the call, he was obviously excited. “Easy. Sounds great, but you really want the whole package, right?” And Charlie and the team at Wilderness Australia delivered. Some we’ve heard before. Others were quite new.

For example, Charlie’s trip takes the private chopper from Sydney straight to the Blue Mountains for a night in a swag and a private tour of the caves and southern region of the oft-visited national park. And something else unique; enroute to Uluru, guests drop in on the, according to Charlie, “very significant and special Scotia Sanctuary.” It’s a 65,000-hectare feral-proof fenced conservation area in the heart of NSW where visitors get a good appreciation of the wild nature of Australia.

Longitude 131º and Bamurru Plains both featured strongly again. In Charlie’s trip, guests would drop in on the “tented” resort at The Rock for nights two and three, then spend three nights at the buffalo resort on the Mary River. (Well, he would, wouldn’t he? He owns the place.)

Charlie opts not for the luxuries of El Questro but the less plush Bullo River Station 200km east of Kununurra. Here guests have the choice of the mustering, fishing, Indigenous culture and boat river cruises. Willie Gordon’s tour ends the trip, as well as a highlight that really belongs in On the Water; for a change of scenery, the itinerary peaks with a four-day luxury cruise of the Great Barrier Reef aboard Seafaris, which – at US$119,000 a week on the open market – is the most expensive we’ve encountered.

Day 10: Bamurru Plains to Cairns and board Seafaris