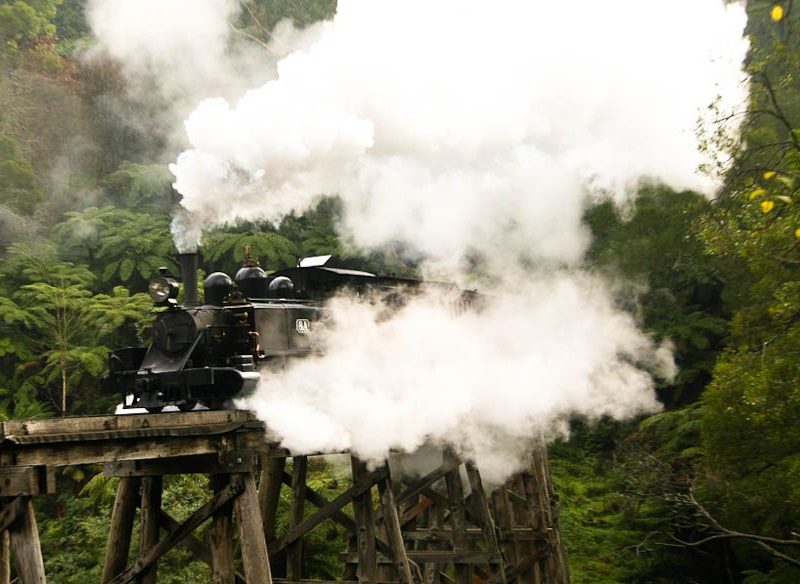 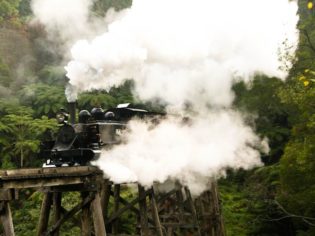 Answering the question “what are my top five rail journeys” is difficult because each journey has its own qualities. It depends on what you are looking for.

For sheer time on board, the best journey is the Indian Pacific. For the best food, it would have to be Queenslander Class on the Sunlander. The list gives a variety of rail travel experiences – a hard decision and in no way diminishing the journeys I do not mention.

A common theme is that the pleasure is the journey itself, rather than just getting from A to B (and in no way comparable with air travel).

1. Queenslander Class on the Sunlander (Brisbane to Cairns)

The Sunlander is due to be replaced in 2014 by an upgraded tilt train, but while it remains in service, it is one ofAustralia’s greatest rail journeys.

Queenslander is the train’s premium class and includes sleeper accommodation, meals served in a restaurant-standard dining car (a filet mignon so tender that you do not need a steak knife), and on-board live entertainment.

Queenslander Class is an ‘insufficient 31 hours’ because it is, without exaggeration, a journey you do not want to end.

2. The Indian Pacific (Sydney to Perth)

The Indian Pacific is so good because of how long the journey takes, in first-class comfort and with first-class service, passing through three states and time zones.

I describe the Indian Pacific in my book as “when time and distance blurs”.

Another very positive impression I gained from the train is one of being “so close yet so apart”. Inside, the train is climate controlled comfort and luxury, yet on the other side of the windows is the outback, where little rain falls, where life survives only in grim determination, where summer temperatures soar, and where, when looking in all directions you see no other sign of human habitation.

A visit to its Belgrave station shows how big an operation the railway is. It also has a magical quality for children (and children now adults).

It operates steam trains in Victoria’s Dandenong Ranges through thickly forested mountain country – the sights, sounds, smells, and even feel of the train, makes it so magical.

The carriages are built to allow children to sit along the sides with their feet dangling out. It is a full sensory railway experience and the trains seem alive.

Puffing Billy is the only survivor of the then Victorian Railways’ 1890s failed attempt at a series of narrow-gauge lines into remote and difficult to reach country.

The Pichi Richi Railway is a tourist railway based in the southern Flinders Ranges.

It is a sampled re-enactment of the old Ghan journey that operates between the small town of Quorn and Port Augusta, via the Pichi Richi Pass.

Being an easy return-day journey, travellers get a comfortable taste of how it once was. The train (the Afghan Express) is typically hauled by a steam locomotive, the rolling stock is from the old Ghan. There is no air-conditioning and it is slow.

Compared to the modern Ghan it is slow and uncomfortable, but it is this very discomfort and experiencing the Ghan how it once was, through the spectacular scenery, that makes the journey so good. It may be raw but it is good – very good.

I call it a railway of ‘unknown fame’ – the fame of being Australia’s most southerly operational railway, but few know of its existence.

Its current owner is Meg Thornton, who brought the old railway back. The railway is the only survivor of a host of tramways that once explored the remote south, originally used to transport local limestone to waiting ships in Southport Lagoon.

The Ida Bay Railway takes you to a very different remote location compared with other (premium) Australian rail journeys, where, in place of vast empty spaces, there are the forests and snow-capped hills, interspersed with the tranquil coastal waters fed by the nearby turbulent Southern Ocean.

While only a two-hour, 14-kilometre return journey, you can also make a full day combined picnic, bushwalking or even overnight camping event of the trip.