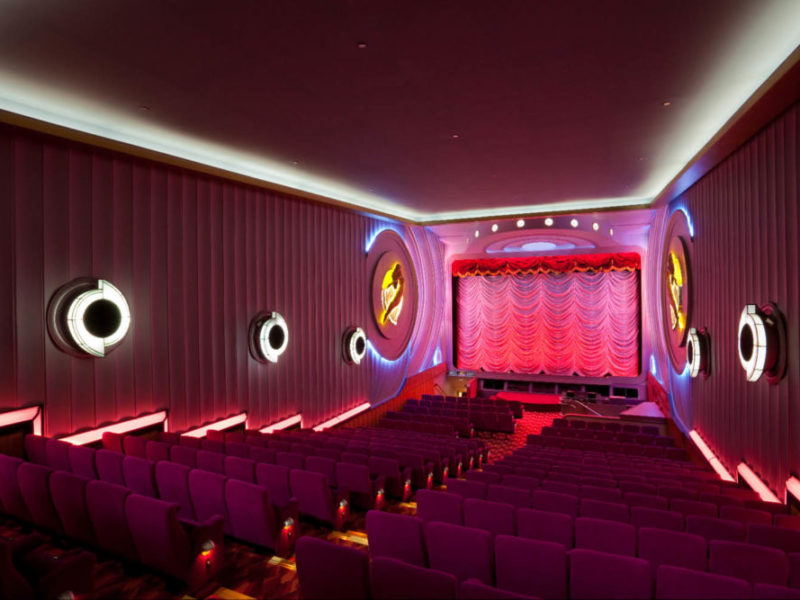 Going to the cinema can be something more than just seeing a movie; dotted among our cities are some retro gems of picture houses, steeped in history and architecture harking back to the Golden Age of cinema. Visiting these is a cultural event in itself; here are 5 retro cinemas all movie lovers should see.

Pulling in the crowds since 1935, the Orpheum has all the grand, refined flourishes you’d expect from the golden age of cinema, but time it right and your screening in the original main auditorium will be heralded by a 93-year-old Wurlitzer organ that rises ceremoniously up from the stage.

So precious is the wurlitzer organ at this 1941 heritage-listed picture house, that the entire building was purchased by the Theatre Organ Society in 1978 to house the instrument’s 13 sets of pipes, now on display behind vast glass screens in the main auditorium. while wurlitzers were developed to accompany silent movies in the 1920s, today you can catch the latest films as well as cult classics in the pastel hues and sculpted art deco surrounds of this iconic theatre.

While other classic picture houses have undergone upgrades to add screens and maximise space, the sheer size and opulence of Melbourne’s Astor means it’s been able to rest on its laurels and simply keep its single, luxurious, 1150-seat auditorium, that has been in operation since 1936 (albeit now with a state of the art 4K projector and air-con). Come for the screenings of cult classics or simply to see those big gold curtains part.

An art deco masterpiece built in 1937, with bold lines marking its Eye-catching blue and red tower, the cinema featured a unique sliding projector set-up that meant films could be beamed into the adjacent picture gardens. Part of the Luna Palace group, have a drink before your film in the newly renovated foyer.

The old Merthyr Picture Palace, dating back to 1921, became one of the country’s first multiplexes when a two-screen theatre opened here in the 1970s. A make-over retained classic touches and created the standout themed rooms, such as the grand Purple Room. This is the place to catch some arthouse alongside your annual Star Wars outing.