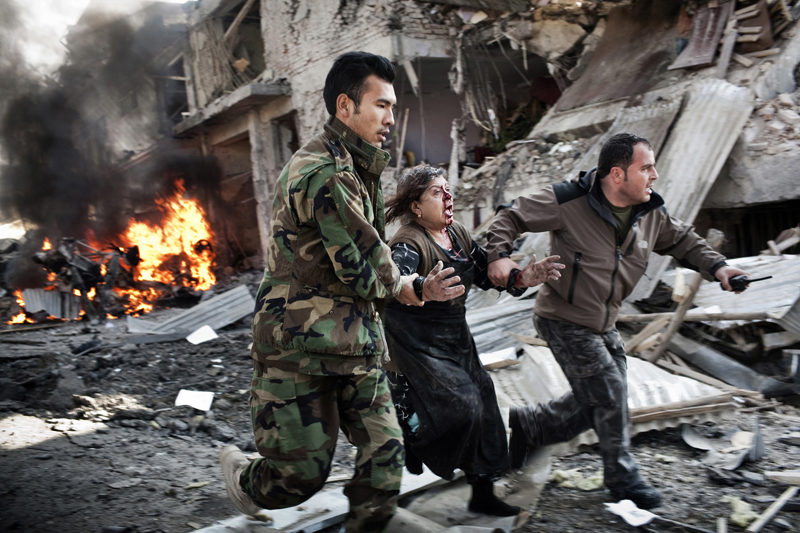 These days there are so many photo exhibitions around that there’s no way you’ll be able to see them all. But there’s one that rises above them all, and should be the top of anyone’s must-do list: Canon World Press. By Anna Hager

The Canon World Press Photo Exhibition begins its global tour each year in Amsterdam, and this year it will open at the Brisbane Powerhouse on June 5, and the State Library of New South Wales on July 3, 2010.

Now in its 53rd year, Canon World Press is acknowledged as the world’s premier and prestigious competition for professional press photography and each year reveals amazing emotional scenes captured around the globe. Its international jury awarded prizes in 2010 across ten themed categories to 63 photographers of 23 nationalities, three of whom were Australian.

The winning photo of this year’s annual contest is Italian photographer Pietro Masturzo with his picture depicting women shouting in protest following the contested presidential elections in Iran, from a balcony in Tehran on June 24, 2009.

The old saying that sometimes a picture says more than a thousand words rings true with this exhibition. It not only offers the experience of viewing amazing images, shot by professional photographers, but is also extremely important as it supports and reinvigorates respect of photojournalism and the role it plays in sharing important stories.

You’ll witness scenes of survival, world issues and cultural differences as Canon Australia invites you to this incredible experience. The winning photo of this year’s annual contest is Italian photographer Pietro Masturzo with his picture depicting women shouting in protest following the contested presidential elections in Iran, from a balcony in Tehran on June 24, 2009.

“The winning 2009 World Press Photos showcase the power of images to transcend words and open our eyes to conflict as well as moments of glory in other countries and cultures – in doing so evoking powerful emotion, support and empathy,” Kenji Kobayashi, managing director of Canon Australia & New Zealand says.