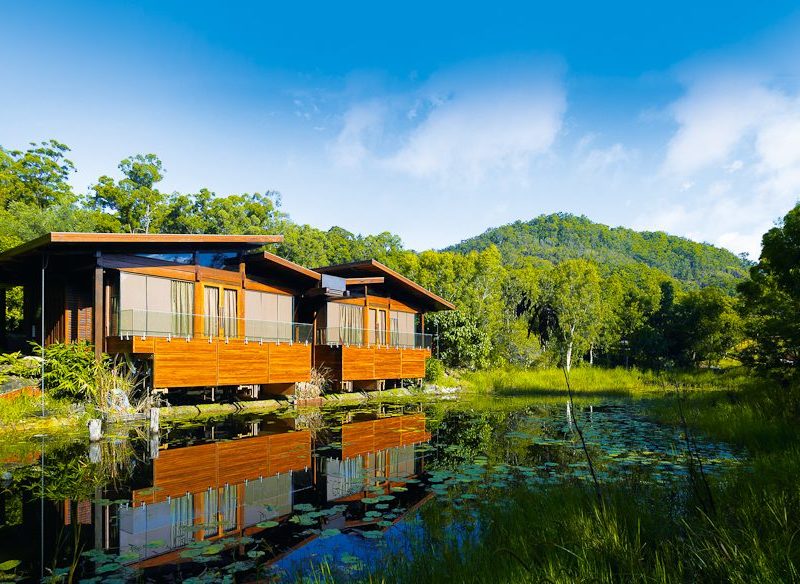 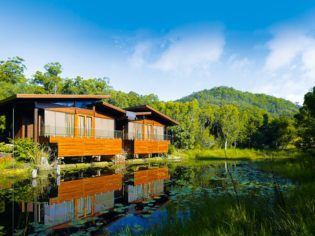 Nikki Wallman gives the ultimate summer calendar. We’ve left off some of the obvious events – the Australian Open, Carols in the Domain, The Falls Festival – and tried to mix it up with events big and small, quirky and classic, for couples and families. Enjoy!

This is our idea of a lovely weekend. Sit down for a series of three special performances by the Australian Chamber Orchestra, held in the art gallery at Vasse Felix winery in the picturesque surrounds of Margaret River. With perks like wine and canapés on arrival (Friday) and a special lunch in the critics’ darling of a restaurant (Sunday), you’re in for a virtuoso performance on all fronts.

How’s this for a weekend of fun: dress up in a Santa suit, hit the pubs in the seaside surrounds of Wollongong, and raise money for a local charity at the same time. With 10,000 people expected in its 21st year, the Santa Claus Pub Crawl will offer shuttle buses to help ferry party-goers around. You’ll need to stay the night, so make it a weekend and catch the Australian Beach Soccer Cup finals on Sunday. With dancers, Brazilian drummers, kids’ competitions and a charity game, you can sit back, recover from the night before and watch the action unfold on the beach.

A Hunter Valley weekend might be just what you need to wind down – and stock up – before or after the Christmas madness. Visit the huge Christmas Lights Spectacular at Hunter Valley Gardens to get the kids in the spirit, then do the rounds of your favourite wineries to stock the cellar for the holidays. Much nicer than a trip to Dan Murphy’s, we’d say.

Our regional restaurant of the year, NSW’s Biota, recently added 12 rooms to house overnighters. Check in, be inspired by an incredible dinner (try pasture-fed beef with molasses and native berries) and then hit the restaurant’s on-site produce markets on Sunday morning to pick up some fantastic local produce for the week of holiday feasting ahead of you. Many stallholders are Biota suppliers, so you know you’re onto the good stuff.

Get ahead of your New Year’s resolution to ‘really’ get healthy this year and check in to Gwinganna’s New Year Detox program. The package includes a wholesome organic, gluten-and-dairy-free menu, two massages, a facial, wellness seminars, cooking demos, special New Year’s sunrise activities and more during the week-long program. Ring in 2015 hangover-free, healthy, happy and motivated.

See the Harbour fireworks from a new angle on Clark Island, Sydney

Hell really is other people on New Year’s Eve at Sydney Harbour. Solution: pre-book your all-inclusive ticket to the Island Lounge on Clark Island. You’ll be ferried over the water, handed a gourmet picnic hamper, and treated to live music and DJs with prime views of the fireworks.

Book in to Bommie restaurant at the Yacht Club for their special menu (scampi tataki, duck popcorn, crab with mango, chilli and mint, barbecued quail ravioli); or opt for decadent seafood platters at Mariners, then hit Marina Village for bar stalls, entertainment and fireworks. Start the new year in paradise. See hamiltonisland.com.au

Ring in the New Year with a Taste of Tasmania, Hobart waterfront – 28 December – 3 January

Rounding out our island theme, head to the Taste of Tasmania festival for a New Year’s fiesta on the Hobart waterfront, sandwiching a couple of days of gourmet indulgence on either side.

Held in the stunning seaside surrounds of Busselton, this music and camping festival’s wide-ranging line-up features The Presets, Salt-n-Pepa, The Temper Trap, and Royksopp & Robyn. With a dedication to sustainability and a ‘pampered camper’ option (featuring pre-erected tent, dedicated showers and loos, and chill-out area), it’s a great reason to go west. See southboundfestival.com.au

The perennial favourite Moonlight is perfect for whiling away a warm summer’s eve. Pack a picnic or sample the LA-style food trucks on-site, pull up a beanbag, and catch a cult classic or new release. You can bring your pooch to ‘Doggie Nights’, and there’ll be live music on Saturdays in Melbourne and Sydney.

Whether you’re a die-hard fan or just curious to see what an Elvis festival entails, this year’s event – coinciding with what would be Elvis’ 80th birthday – promises to be quite the spectacle. Impersonators, street parades, concerts celebrating the quiffed crooner’s incarnations from movie dreamboat to ’70s jumpsuit aficionado… you’ll need to check into a heartbreak hotel (sorry) to recover. See parkeselvisfestival.com.au

So Frenchy So Chic In The Park, Werribee Mansion, Victoria – Sunday 11 January

So Frenchy So Chic is to traditional music festivals what Jane Birkin is to Courtney Love. Infused with that easy French glamour that never tries too hard, this grassy barefoot festival is held in the bucolic surrounds of Werribee Mansion, and features gourmet picnicking, champagne-quaffing, and childrens’ games areas to keep everyone happy.

Bring your camping chair, grab a beer and get ready to sing along at the top of your lungs to the Hoodoo Gurus, James Reyne, Darryl Braithwaite, Mondo Rock and others. Camp overnight to really soak up the unique setting with huge gum trees, limestone cliffs and the mighty Murray River. See soundsbytheriver.com.au

Each year, festival artistic director Sergio de Pieri OAM makes his pilgrimage to Mildura, bringing musical talent from Italy and around the world to perform in wineries, riverside settings, art galleries and gardens. Don’t miss the Midsummer Night’s picnic at Old Mildura Homestead on Saturday 24 January, where you can enjoy music amongst the riverfront rose gardens. See artsmildura.com.au

With over 30 cellar doors flinging their, ah, doors open, there’s no doubt wine is the star here – but there’s more. Cooking demos, live music, champagne breakfasts, art displays, picnics, and fashion parades have all featured in years past, and you can expect a similar wealth of the finer things in life again in 2015. See crushfestival.com.au

The Port Lincoln Tunarama Festival (23–26 January) boasts seafood galore, a tuna-tossing competition and other seaside festivities; while the Tamworth Country Music Festival (16–25 January) packs up its cowboy boots with a performance from Kenny Rogers on Sunday.

The outback isn’t the only place to experience authentic indigenous culture – the annual Yabun Festival in the heart of Sydney showcases live music from all around the country, plus contemporary and traditional dance. Be inspired by some of Australia’s leading Aboriginal and Torres Strait Islander speakers and thinkers, and buy artwork directly from the artists. gadigal.org.au/events

This swim on beautiful Main Beach offers opportunities for everyone to get involved, from serious swimmers to kids and supporters. Over 1000 competitors are expected in 2015 (plus ambassador Michael Klim). There’s a two-kilometre and one-kilometre race, a 300-metre kids’ dash (parents can swim with their kids), a charity team relay and beach games. See iconevents.com.au/noosa-summer-swim

It may have grown since its humble beginnings as a little laneway party in Melbourne 10 years ago, but the ethos remains focused on showcasing bright young things (2014 featured breakout star Lorde). The roadshow kicks off in Brisbane, before hitting Sydney, Perth, Melbourne and Adelaide. See lanewayfestival.com

Culinary superstar Matt Moran and team are due to unveil the new and improved Opera Bar in December – just as the harbour comes into its sparkling best. A charcuterie, raw bar and café will focus on top-notch Australian produce (a Moran signature) and drinks, making this a must-do over summer – perfect after taking in a show as part of the annual Opera House’s Summer at the House program.

The atmosphere of the country races plus the gourmet goodies of Kangaroo Island? We say giddy up! Sunday is Cup Day, with big prize money up for grabs plus Fashions on the Field. The island’s best food and wine will also be on show, with picnic hampers and a gourmet four-course Coopers Long Lunch. Travel packages are available from Sealink. See kiracingclub.com.au

Celebrating Paterson’s life and work, this community festival also packs in a ‘day at the beach’ on Lake Canobolas, Saturday night markets with food and wine stalls, a picnic day, and a gala dinner in a local vineyard. The streets of Orange come alive with breakfasts in the park, buskers and art exhibitions, too. See tasteorange.com.au

The famously free-wheeling, eclectic and exciting Adelaide Fringe Festival kicks off its month-long party, while Paul Simon and Sting bring their ‘On Stage Together’ tour to the A Day on the Green series at Hope Estate in the Hunter Valley on Valentine’s Day.

Victoria’s biggest celebration of craft beers and ciders showcases over 200 varieties, a cider garden and international beer house, entertainment, beer-and-food-pairing seminars, comedy and live music. There’ll be plenty of nosh too, including some of the best gourmet food trucks – important if you’re going to last all day! See gabfgeelong.com.au

This celebration of theatre, music, art, film and literature pushes the boundaries of creativity with world-class performances and exhibitions. Perth Festival highlights include Anthony Minghella’s Olivier Award-winning Madama Butterfly and The Giants, a three-day ‘modern fable’ commemorating the ANZAC centenary, played out by giant puppets roaming the streets of Perth.

Where do you start with so much temptation on offer at Melbourne Food & Wine Festival? How about the spectacular World’s Longest Lunch, featuring a 540-metre table laden with food from Shane Delia and Adriano Zumbo, winding through the iconic Queen Victoria market? A pop-up artisan bakery in the heart of the city? An elegant gin-tasting garden party at historic Como House? Or foraging and feasting with Italian food doyenne Patrizia Simone in Bright? So much to do, so little time.