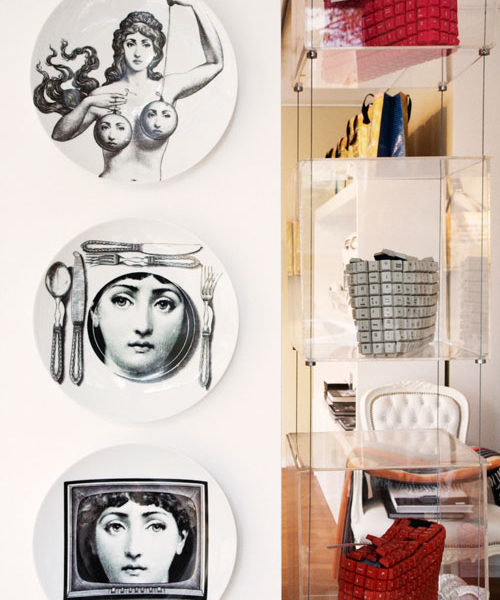 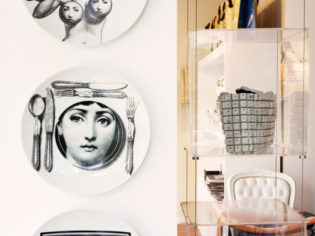 If you’re a design buff, whether a local or visiting from overseas, the chain stores just don’t press the right buttons. For those interested in design, be it fashion, contemporary jewellery or designer objects, read on for Stephen Crafti’s pick of the best in the country.

Just finding Eastern Market in Carlton, Melbourne, is a feat in itself. Conceived by Lucy Pinto and her partner Stephen McGlashan, the clothing boutique is discreetly accessed down a cobbled lane on Grattan St. While the selection of lesser-known Japanese, Italian and French labels is impressive, it’s the store’s interior that causes the greatest reaction. The circa 1914 converted chapel has turned an altar into a display for high fashion. Customised three-metre high steel and glass cabinets display accessories, perfumes and artefacts, lending the store a museum-like quality. Some of the objects are discreetly placed under specimen domes, evocative of a 19th Century drawing room. And for those who enjoy the experience of trying on fine European clothes (both men’s and women’s), there are steel drum-like vestibules used for change rooms.

Swensk on Little Collins in Melbourne has been gaining a following since it opened in 2007. The pristine white store stocks some of Sweden’s most sought-after labels, including J Lindeberg, Fifth Avenue Shoe Repair and Whyred. Aimed at fashion-conscious men and women in their 30s and 40s, it appeals to those looking beyond mainstream brands. The Swensk store, at the end of an arcade, can be missed if your antennas aren’t operating. But it’s worth the hunt, with new stock regularly on display. And rather than being greeted with the usual one-liner, the service is personal, but far from intrusive.

Metropolis on Swanston Street, Melbourne, is also a design destination for those interested in architecture and design. The bookstore, located on the third level of Curtain House, has an extensive range of design books, from architecture to furniture, fashion and the decorative arts. The quiet ambience of the city store is almost akin to a library, with people absorbed in thumbing through the latest books and magazines. And after spending an hour or so at Metropolis, you might want to explore the designer clothing stores in the same building.

For those with a passion for Fornasetti plates, ceramics and even furniture, Macleay on Manning in Potts Point is a must.

Metalab Gallery + Studio in Surry Hills, Sydney, is a must for those with a penchant for contemporary jewellery. Located at the end of a laneway, Metalab exhibits some of Australia’s leading and emerging designers. Set up as a store and studio, people can enjoy the experience of seeing designers at work. Rubber, steel and plastic feature in many of the pieces, including brooches, earrings and pendants. And unlike jewellery made from precious stones, which is valued by the quality of the materials, here the emphasis is on ideas and how they’re realised. For those contemplating a visit, the Metalab Gallery + Studio is only open from Wednesday though to Saturday.

Macleay on Manning in Potts Point, Sydney, is also worth a detour. It stocks an extensive collection of designer goodies, including jewellery, books and tableware. And for those with a passion for Fornasetti, Macleay on Manning is a must. The store also includes a range from Missoni – towels, dressing gowns, trays and the like – as well as everything from gift cards through to Fornasetti plates, ceramics and even furniture. And if you can’t afford the actual object, there’s also an extensive range of art and design books.