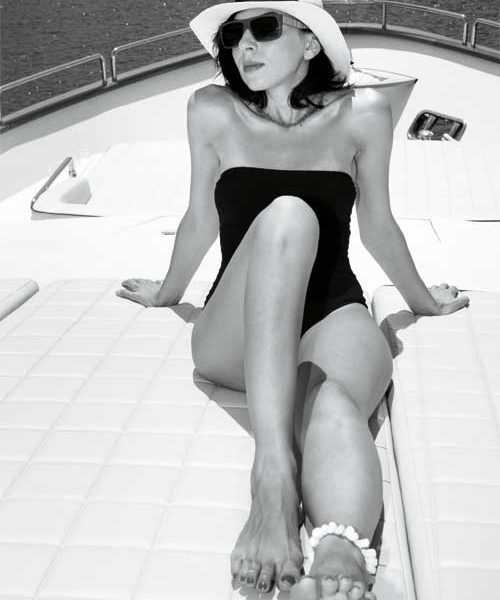 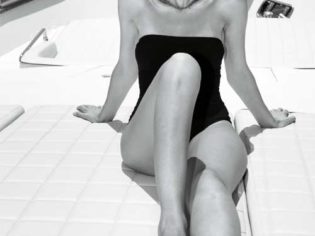 We’re not celebrity stalkers here at AT, but let’s say you came into some money, or suddenly found yourself famous – or infamous. Money’s no object, so where would you holiday, what would you do, and how would your experience be different from the average annual-leave-taker’s? Kate Parkes finds out.

When I hear the term “luxury travel”, I can’t help but picture Jackie Onassis circa 1969, in a headscarf and huge sunglasses, casually laughing as she mooches about on the deck of hubby Aristotle’s yacht, in the sparkling waters off his privately owned Greek island, Skorpios. While that marriage apparently didn’t end well, freeze-frame Jackie’s carefree-by-sea moment and you’ve captured most women’s ultimate holiday fantasy: she’s beautiful, chic and in love, with no financial worries and all the time in the world to enjoy the good life. Wouldn’t that be nice?

I’ve often wondered if you can achieve that level of elite relaxation here in Australia. While there aren’t too many people who’d rival Aristotle for his megabucks, and while it’s true that what money could buy in the ’60s is slightly different in the post-GFC modern day, there is still a healthy community of multi-millionaire travellers in our midst who don’t mind spending decent money on fabulous holidays. And in my quieter, more introspective moments, I like to fantasise that I’m one of them.

While the rest of us are planning our itineraries and booking flights online, it seems the elite are still using the services of travel agents. While you may mock their quaint ye-olde, jet-setting ways, consider this: why waste your own time searching online among all the thousands of available travel options, when you can employ a specialist to create a covetable shortlist for you, then customise the ultimate trip to suit you. Top-shelf travel agents are like holiday match-makers. They get to know you, your destination likes and dislikes, as well as your travel history, budget and expectations. If you’re the type who dresses for dinner, for example, the no-shoes policy aboard a luxury expedition cruiser like True North may disappoint you.

As well as tailor-making itineraries, elite travel agents can offer their clients discounts and special extras not available to the general public. Just because they’re wealthy doesn’t mean A-listers don’t like to bag a bargain.

If I bought a full matching set of Louis Vuitton luggage, I’d wonder how long I’d be able to hold onto it – wouldn’t it be first in line to be nicked off the carousel? Who’s checking who picks up what, anyway? Paranoia aside, even in my wildest fantasies I baulk at spending more on luggage than I would on the holiday itself. Apparently other people will, though, as evidenced by the existence of handcrafted Dutch baggage brand Henk, whose collection was launched in Cannes by Prince Albert of Monaco in 2004. Since then, they’ve been creating luggage that combines high-tech materials such as titanium innards with oak veneers and ostrich-leather cladding. Recently launched in Australia, Henk’s carry-on bag will set you back about $40,000.

But there’s some luxe stuff that’s available without stretching to five figures. A 104-litre four-wheeled, ultra-sleek champagne-coloured polycarbonate Salsa suitcase by Rimowa is available online from premiumluggage.com.au for $1890. It weighs in at 4.8kg, which means if you’re travelling first-class on Qantas to London for Wimbledon, say, you can still pack 35.2kg worth of cravats and cocktail dresses.

Private dining rooms in posh restaurants; in-room dining in the most opulent suites in the swankiest hotels; and, of course, the private homes of other A-listers. If I won Lotto I’d work my way down the list of winners in newspapers’ Good Food Guides so I could weigh in on conversations about the comparable merits of restaurants like est, Rockpool, Marque and Quay in Sydney and, Attica, Ezard and MoVida in Melbourne. I’d know the Tea Rooms of Yarck isn’t somewhere populated by eight-armed Martian grannies knitting tea cosies and baking scones.

Top of my list would be the restaurants with an almost mythical status among foodies – Tetsuya’s in Sydney and fellow Relais & Chateux Master Chef Jacques Reymond’s Cuisine du Temps in Melbourne. The beauty of being wealthy would be that you could eat at these places regularly, instead of just reading reviews of them.
Of course, you may think hatted restaurants are old hat. In which case, remember: it’s good to get to know the concierge when you’re staying at a five-star city hotel. They’ll always go the extra mile for preferred guests. Want the best table at the best restaurant in the city? The concierge could be the answer.

If you’re a down-to-earth celeb like Russell Crowe, you’d buy your own acreage at bucolic Nana Glen, on the mid-north coast of NSW, where you could ride quad bikes and shake off the Hollywood hoo-hah to your heart’s content, far from the prying digital eyes of the paparazzi.

Australian socialites with less recognisable faces use their country house as a weekend escape from their city house, so when they vacation they seek more exotic destinations which offer an extra level of service and discretion, and just a hint of “roughing it” alongside likeminded souls. Bamurru Plains Wild Bush Luxury Safari Camp just out of Kakadu National Park is a winning spot. Or Wilson Island, an amazing private, tiny, coral cay with just six luxury tents.

Travelling American stars have been known to stay in elite executive retreats in Port Douglas, such as The Pinnacle on flash Flagstaff Hill ($1250 per night) or Balinese-style Villa Empat Puluh Dua ($1600 per night) nestled in a private nook of lush forest.

If Barack Obama were to pay us a visit tomorrow he’s more likely to stay in a city hotel with a high-security infrastructure in place, such as the Australia Suite at Sydney’s InterContinental. High-profile former guests here include fellow US prezes Bill Clinton and George W Bush and, um, Jennifer Aniston, the lucky thing. Prices start at $7500 a night for this 245sqm suite on the 29th floor overlooking Sydney Harbour.

Other top city hotel rooms in Australia include the 170sqm penthouse Kings Park Suite at the Richardson in Perth, which costs $2500 a night and has three balconies with views out over the Botanic Gardens, and the newly renovated Stamford Suite at Brisbane’s Stamford Plaza, which has just undergone a refurbishment. The suite has hosted Queen Elizabeth, Michael Jackson and Elton John and has floor-to-ceiling windows in the bathroom so you can look out over the city while you’re in the bath. The Stamford’s High Life package costs $10,000 per night. You get your own butler, an on-call limousine, a welcome pack including bathrobes, French Champagne and Swiss chocolate, two in-room massages, breakfast cooked for you in the suite, a gourmet picnic hamper and a Tiffany gift for two.

Since being outed as the most expensive hotel room in Australia in AT’s Aug/Sept 2008 issue, Melbourne Crown Towers’ presidential suite has remained a very reasonable – cough! – $27,500 a night. Sadly, they’re currently out of action while they undergo a $50-million-dollar refurb so you can imagine they’ll look pretty amazing when they’re finished.

Meanwhile, I’d consider making do with The Apartment at Crown Metropol. Comparatively, it’s a bargain at $5000 per night, which includes breakfast, all-day refreshments and pre-dinner drinks at 28, the hotel’s exclusive lounge bar on, logically enough, level 28. It boasts a brand-spanking-new fit-out, and as the name suggests, The Apartment looks like a private residence. Original artworks, collectible books and bespoke furniture endow the space with a high-end, homely feel. The fact you can check in on level 28 instead of hanging around in the lobby with regular punters allows a level of privacy worthy of a visiting dignitary or undercover celeb.

A girl can dream, can’t she?