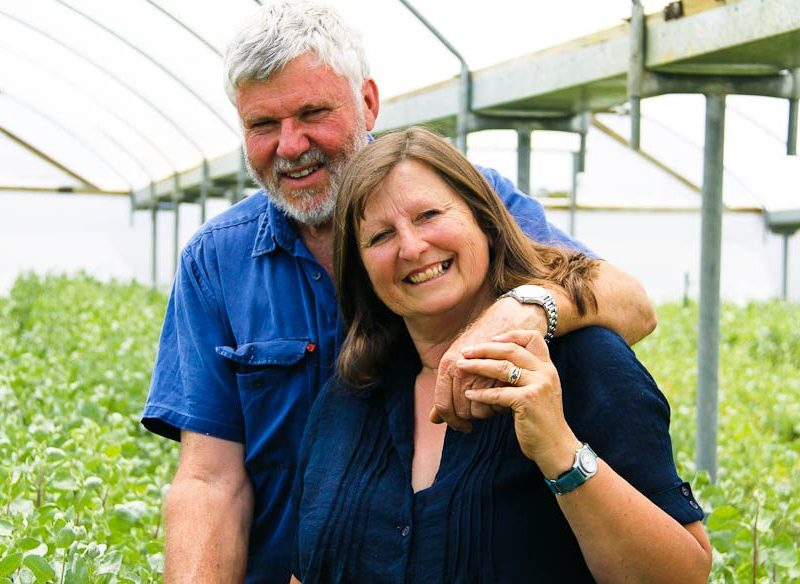 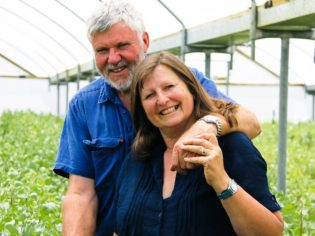 After tragically losing their son, Mike Quarmby and wife Gayle sold their home, cashed in their super and decided to focus on what was really important: helping others. This is their story

If you had told me 20 years ago that my life would have taken this twist, there’s no way I would have believed you. Partly because selling the family home isn’t exactly a part of anyone’s plan, but mostly because we never thought our family would go through such a tragedy. It was 1999 when we lost our 20-year-old son, Dan. He was working on a car in the driveway when it fell on him. Like any parent can understand, it was a traumatic experience.

We needed to get away for a bit after that, so left our home in Reedy Creek, SA, and visited Alice Springs. But during our visit we noticed the plight of Aboriginal youth was much worse than it’d been 20 years earlier. Drug and alcohol abuse, unemployment… it was a really sad situation.

Gayle’s dad was Rex Battarbee, the man who taught Albert Namatjira how to paint and basically kick-started the whole Aboriginal art industry, so she’d always had a strong connection with the Indigenous community, and after losing Dan we were both questioning what was important in our lives. At the time we were running a wholesale native plant nursery, but the situation in Alice just seemed so much more important.

But how could we help? Eventually, we decided that with my horticultural skills and Gayle’s background, we might be able to create an industry in growing native bush foods. It was an area in which Aboriginal youth would have an obvious advantage, and would help give them direction and purpose.

After talking to some good Aboriginal friends, we came up with ‘Outback Pride’ – a project where we would help outback communities produce native foods. They would grow the foods, we would purchase from them at a top market price, and then we’d either on-sell it fresh or turn it into ready-to-eat products, like sauces and dukkahs. We sold our family home, cashed in our superannuation and invested our money into the project. It was a bit nerve-racking, obviously, but it felt good to be doing something for the right reasons. We also gave ourselves a deadline – we’d donate five years of our lives to the project, then work out what we wanted to do next.

Our first native food garden for Outback Pride was planted at Injartnma near Alice Springs, where there was already a centre for recovering drug addicts. The idea was to give them some healthy bush tucker and some quality of life. Word got out so quickly that within a few years, we had planted some 500,000 bush foods across 26 communities.

We were also overjoyed that the government had agreed to provide the salaries for people who worked in each garden. Everything was going well until government funding ceased in 2008. Not surprisingly, people stopped working! Eventually, we had to give that project up entirely, and ended up donating the gardens to the communities. That way, at least, they’d be able to grow food for themselves in the gardens.

After that, we turned our focus to building the same kind of gardens at remote schools. We now work with 12 schools across central Australia, and Gayle and I visit them once a month and keep everyone updated on their achievements. We’ve also started a program at Renmark High School – an agricultural school in semi-arid SA – to train Indigenous students in native horticulture. They’re now the biggest native food producer, I dare say, in Australia.

It has now been twelve years, just a few more than the five we initially agreed to! And one of the most rewarding things about this experience are the friendships we’ve developed with people in outback communities.
In South Australia’s APY Lands, Gayle and I are now known as ‘Waddi and Koonga Kampurapa’, which means ‘Mr and Mrs Bush Tucker.’ One day when Gayle had to visit there on her own, I phoned one of the local elders to let him know she was travelling alone along some pretty rough back roads. Word spread through the community so quickly that as she approached, local people stood on every corner, waving her in the right direction so she was safe as houses. We’ve had many wonderful experiences like that over the years.

As for the food these communities produce, the biggest challenge we’ve had is convincing apathetic Australians that something unique and high-quality doesn’t have to come from overseas. Thankfully some listened and now Outback Pride produce is distributed all over Australia to many major hotels and restaurants like Quay, The Press Club, and to a host of celebrity chefs including Matt Moran and Kylie Kwong.

At the end of the day, we’re just very grateful to be working with such great people and to be building a small bridge between white fellas and traditional Indigenous communities. It’s been a long road, but a very rewarding one.