Opinion: Hats Are Not All They're Cracked Up To Be 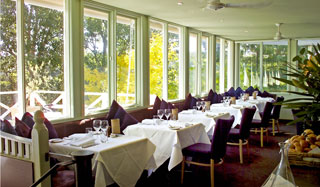 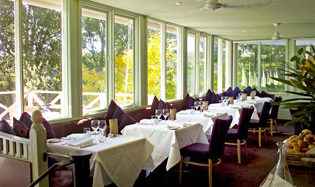 Quentin Long suggests sees some cliquey behaviour in the annual guide that makes or breaks a chefs career and asks the Good Food Guide, WTF?.

So we all know what a hat is right? I am over them. This year I have come across too many instances where I am left either hollow by a hat or asking WTF, how come this place is without a hat? It’s a case of gross hat mismanagement and it has massive ramifications for everyone, restaurateurs and diners alike.

Hats are a marker of excellence for a restaurant in NSW or VIC as handed out by the scribes at Fairfax in their annual Good Food Guide. They don’t use stars, cause that is what Michelin do in Europe.

How Important is a Hat?

The launch of the guide is an intensely nervous time for any chef as the granting of a hat is career making or ending kind of stuff. The loss of a hat is as equally devastating. Losing a hat or two will send some chefs to a backwater culinary cul-de-sac from which they will never return to toss a lettuce leaf in anger.

In real terms the awarding of your first hat makes a difference to the bottom line – a 10% increase is the restaurateur’s rule of thumb.

From my experience there is a massive credibility problem with the hats in Australia. It feels like there is a high school like clique of restaurants that stroll into hats and then multiple hats while other wildly acknowledged deserving pan handlers are left in the cold. They do not please the judges no matter how excellent their technique.

Here are my examples.

Daylesford is one of the great gourmand destinations of Australia. In fact it is the greatest food destination in my opinion for sheer weight of excellent producers and outlets. This was backed up by the number of Daylesford entries in our 100 Greatest Australian Gourmet Experiences (#32, April/May 2010).

In Daylesford, our case study will focus on three establishments:

The Lake House is the old stalwart and has been a deserved two hat establishment for quite some time. Mercato is a long standing restaurant on the road from Woodend to Kyneton; it’s without a hat and a local favourite. The Perfect Drop is another local favourite, located down the road from Mercato, which scored a hat in its first year in the Good Food Guide.

To eat at all three is a wonderful experience. To pick a difference is harder.

The Lake House is a slightly more formal and special experience with a fine dining food deserved of high praise. But when it comes to the Perfect Drop and Mercato the differences are very hard to find.

The chefs, perhaps? Well, Andrew Dennis at the Perfect Drop was master of the pans at the Farmers Arms and brought the country pub its Chefs Hat status. So he has the credibility.

Richard Mee at Mercato has been there for six years, it’s his place. And never a hat.

Richard just shrugs and says he doesn’t care but just loves that his place is packed. He is a better man than me.

The stark differences between hats is perhaps better when one ventures over to nearby Kyneton. Piper St could be mistaken for a milliner’s; there are that many hats on the short strip. But to compare the luckless Mercato to the hatted Royal George the difference is a little disconcerting – Mercato is surely a much better dining experience. I love the George, it is an awesome place but not more deserving than Mercato.

Mercato lovers put it down to a snobbery for French techniques and sensibilities for food but even more importantly, Richard doesn’t fit the “hat” mould. Or that he doesn’t play the game when the GFG reviewers are in town by putting extra effort into that table’s meals. Despite the claims of anonymity there seems to be some awareness amongst the establishments in regional centres that the GFG team are in town.

In Sydney, the Hat story is equally confusing. Chefs lost hats this year and others gained them. Some stellar sacred names were taken down a peg – or is that a hat? – and left a bad taste in some chefs’ mouths.

Tetsuya lost a hat. Reading between the lines it seemed Tetsuya was accused of not keeping up. Really, not keeping up? Isn’t Tetsuya a little beyond fashion? It’s not like he has taken his food in a totally new direction but delivered consistent and considerably amazing food.

And that’s the nub of the problem to me. The GFG reviewers are essentially bored with their own job. Oh I just couldn’t have any more of Tets’ Petuna ocean trout. Peter Gilmore’s Ocean Pearls? Been there and done that.

And meanwhile most of the nation is lucky to have tried any of the above once. I remember clearly the first and only time I tried Tets’s Petuna Ocean Trout. I giggled. I smiled. I giggled more. I was like a child. It was that delicate. It was amazing and I can not wait till I go back and have it again.

So, to me, the Hats are losing their relevance to the diner. They seem to be more interested in the latest and greatest than what a great eater would enjoy. Yes, there is a place for fashion, otherwise we would all be eating apricot chicken. But if it is the greatest apricot chicken in the country, shouldn’t that be recognised?

But let me leave the final thought to the Lake House in Daylesford: where do they send their guests if they would like to dine at a different, quality establishment?