The iPad; is this the Future? 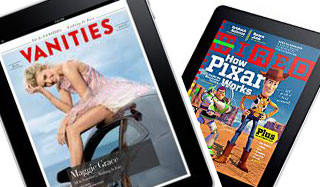 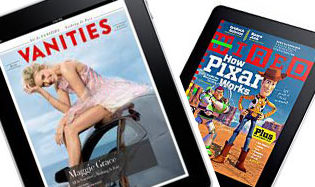 I miss it already. Sad I know, but after five days with an iPad I have come to LOVE it.

Don’t get me wrong, I see all of its shortcomings. It’s just one more device I have to carry. I can’t even write this review – well, opinion, because like Tony Abbott says “I am not tech head” – on the iPad as the device (a tablet officially) really is more for the consumption than the creation of content. And there are some more well documented flaws – 8 Reasons why iPads suck.

But, I don’t care. I love it. But it was definitely not love at first sight.

At first I was not sure what I would want it for. I got up on Saturday and still read the weekend papers – in dead tree format. The Aussie papers on the iPad are universally terrible.

I definitely did not want to be reading (does one read or use an iPad?) my iPad while the five-minute egg yolk ran off the toast and down my fingers. The sports section’s second purpose in life is a tablecloth. The iPad would be a very expensive tablecloth. As a magazine junkie, it was my favourite international mags on the iPad that strummed my gadget heart strings.

Vanity Fair (VF to aficionados) is the magazine junky’s magazine. A leader in its field, VF and a clutch of other magazines are leading magazines on tablets.

The printed US version air freighted here is ridiculously expensive at $17.95. On the iPad it was just $5.95.

After purchasing the December issue, I found I would dip in and out of the latest issue exactly like when I managed to save the pennies and buy a copy of VF at the hideously expensive retail price.

The readability was fantastic, better than the print product for me. When I get to a massive feature in the paper version, I would often baulk. “Do I have time to read this entire story – ah, it’s so much text.” Yet when held in a portrait orientation on the iPad, the text merely scrolls. The words did what they are meant to, engross me, so I effortlessly kept reading. Without the daunting columns of text distracting me, the features were a pleasure. I actually enjoyed reading the articles more.

And then there is the ‘richness’ – aka the coolness. Richer means the content experience is wider and deeper (what do you mean here?) if you want it to be, you can decide. It delivers better reader value. The best example I can share is in Wired magazine’s iPad version where they illustrate the power exerted on the body when a pitcher in baseball pitches in a short animation. It is a fine example of the power of the iPad. The skeletal and muscular outline of a pitcher going through the entire pitch highlighting the key moments and stresses is by far the coolest way to engross the reader with that information – it comes to life.

And this is the fundamental befnefit of the iPad. Today, information is not in short supply. What tablet devices do is allow publishers (and yes, I am also one) the ability to deliver information in such a rounded, indepth and graphically beautiful way. The overall communication is faster, better and more rewarding for the consumer.

I am sure the novelty will wear off a little but at the end of the day it is a better way for the information to be presented for all: consumers, publishers and (that dirty word) advertisers. Yes I am somewhat amazed, but I enjoyed some of the ads.

This is just one of the uses of the iPad. Add the entire functionality of the Apps on your smartphone and the world opens up. Vidoes, games, diaries, web surfing. It’s all there.

So forget the magazine junkies, how will the iPad effect travellers? In a previous life, when I pretended to be a techie, I published IT magazines for senior management. In 2000 I hosted a discussion in Singapore where one very sage commentator said that the first victims of the eBook would be travel guides. Why lug around a huge tome when a smaller device carries all the information? I think that time is almost upon us, but the eBook is a tablet (delete this bit unless you’re trying to make the point that it’s still fairly big and heavy to lug around, then maybe make it clearer by saying just that.)

Aside from the obvious guide book changes, the iPad (well, any tablet device really) will change how we travel in ways we are not yet aware. I know, I sound like a TV evangelist promising choirs of angels in the afterlife if you call now, but the technology is coming.

Take for example the idea of ‘augmented reality’ (AR). Hold up your camera phone and the computer on board ‘interprets’ the image. Point it at the Harbour Bridge and the ‘app’ tells you, overlayed on the image, it was completed in 1932 and would you like to book a Bridge Climb. If this sounds as likely as democracy in China, think again. The technology exists and is being used today.

The naysayers will look at their ‘smart phone’ and ask, “What’s the difference?” It is fair and warranted criticism but the tablet screen size makes for such a different experience the device is very valid. This is also backed up by predictions that 30% of people who would have bought a laptop will buy a tablet in the coming years. Admittedly, those predictions are from people with something to sell.

There are other downsides to travelling with an iPad. Its fragility will probably preclude many forms of travel. Then there’s the need to recharge. But these are merely considerations that we will make whilst loving our tablet.