Wacky Races and Events of Australia 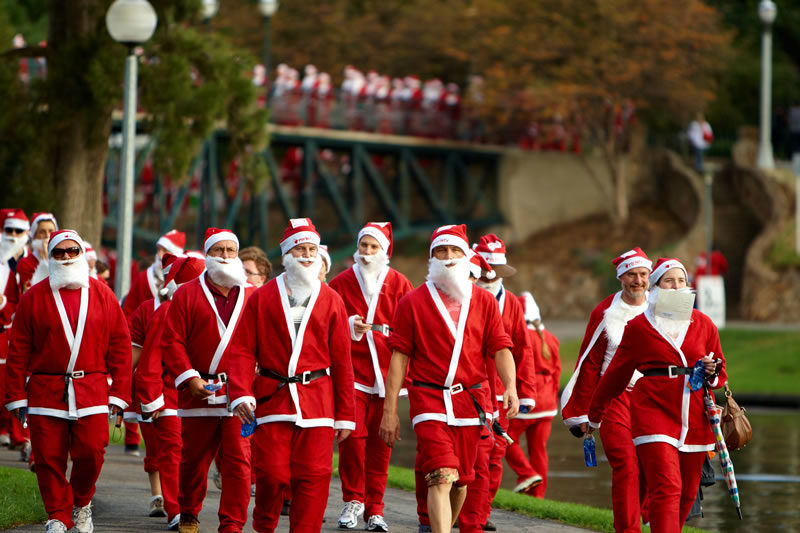 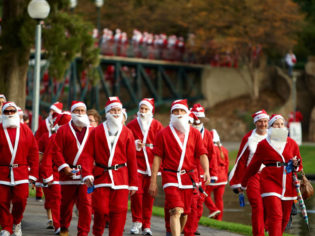 Forget the Melbourne Cup, Australia’s got more than the sport of kings to celebrate. Here are our suggestions on where Emirates could buy several Whacky and Crazy Australian Races for half the amount and just maybe do some community good at the same time. It’s the Australian Whacky Races with out Dick Dastardly and Muttley.

Overwhelming number of Whacky Races and competitions as it is summer. Most congregate around Australia day. Our favourite are the Cockroach Races at the Storey Bridge Hotel in Brisbane where competitors buy and train or raise and train their own roaches. The names are hilarious- Osama Bin Liner, Cocky Balboa or Ita Buttroach.

Another great Australia day event has to be the Tunarama festival in Australia’s Tuna capital, Port Lincoln South Australia. Competitors in the marquee event the Tuna Toss Competition sees competitors toss a 15kg tuna as far as possible. Olympic hammer throwers are often the winners.

And then the famous Tamworth Music Festival also has it’s ducky race where floating ducks are floated down the Peel River.

A quick note for the Maslin Beach Nude Olympics which are in doubt due to a lack of volunteers. Maybe it was the prospect of tying competitors together for the three legged race that put them off.

It’s the perfect event for Tasmania or Tony Abbott. Tassie is after all the only twee enough state to be able to pull off a Penny Farthing Championships. Mid February in Evandale just south of Launceston the big wheelers come out for a street race. Boy do they take it seriously. Forget the ye olde world costumes, it all Lycra and helmets. with possible.

Unbelievably this one is not that popular with the women, the Bylong Mouse Races. The 11 race program kicks off at the Bylong Sportsground, 80 kms west of Mudgee. There is a kids tent and events but cats are not welcome.

A lot more spectacular and perhaps hands on is the International Kite Festival held at Semaphore Beach, Adelaide in March. The sky is full of colour as loads of kites take to the sky over Adelaide. Extra kite making classes and tutorials make it a big day for all.

I sometimes wonder if a Kiwi newspaper or TV show has an “Only In Australia” column or segment. I reckon this would make it. The Quambatook Tractor Pull, an hour south of Swan Hill is a major Easter Event that draws crowds of devotees of the old fashioned tractor pull. They come to see massively modified tractors and pull loads. Yep that’s it – a once in a life time. And I mean once.

IronFest a Medieval extravaganza of jousting, broadswords, knights, maidens and just a few wenches. Yes real adults done their best knight outfits and do battle. IronFest happens in Lithgow, two hours west of Sydney. And if this is really up your alley, we can recommend the New Varangian Guard.

Yep this is another only in Australia, the national Goanna Pulling Championships at Wooli two hours north of Coffs Harbour. Despite its name the event has nothing to do with the reptiles but everything to do with looking like one. Contestants compete in a tug of war where they lie stomach down facing each other bound by a head strap. And then the rug of war happens. Traditionally happens in June but due to rain in 2010 was moved to January for that year.

The June Long Weekend is annual highlight for a spec of a town on the edge of the NSW outback, Pinnacle. The tiny settlement between Grenfell and Forbes, four and a half hours west of Sydney hold the annual Guinea Pig Races. The fluffy rodents compete in four lanes at distances of 5 metres for top honours. A day of high drama, and more laughter.

For more than 30 years Alice Springs has two major events, the Henley on Todd Regattain August and the Lions Camel Cup Carnivalin July. For nine races the biting, spitting stinking ships of the desert are cajoled and harried to run around the Blatherskite Park. Like most things Territorian it’s a crazy fun day.

Things heat up in August in the Territory, not only the regatta on the dry river bed in Alice, the Darwin Beer Can Regatta kicks off. Originally a mechanism to clean up after the post cyclone Tracey workers who littered the town with their beer cans, the event is one of the highlights of the Darwin month Long Festival. Set on Mindil Beach, the day has 26 different events including throng throwing competitions and the ultimate prize Beat Beer Can Boat.

Yes, and add this to the “Only In Australia” segment, the Sorbent Australian Dunny Derby, held in Winton, Qld every second year. During the Winton Outback Festival in early September the highlight is the Dunny Derby where teams toll a hapless ‘dunny jockey’ around a course. The other festival highlight is the Crayfish Derby and Outback Ironman.

Held over the October Long Weekend, this one is for the loudmouths. Held in Gilgandra 45mins north of Dubbo, competitors in the “Cooee Championships” scream the Aussie bush signal across the Castlereagh River, to judges armed with a sound meter. Judges award the winner based on authenticity, clarity and volume.

Get into the spirit of Christmas in late November with the Santa Fun Run. Starting and finishing on the banks of the Torrens outside the Adelaide Convention Centre, the 4km run is a sea of ho ho ho. Every entrant receives a santa suit and set s off on the fun run.

And lastly the dirtiest race of them all, the Peats Ridge Mud Run is entering its second year. Contestants run, slop and slide their way along a 5 or 10km run. It’s a crazy dirty world.