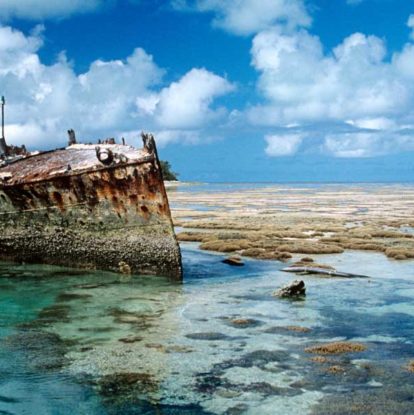 The spectacular island continent is surrounded by equally spectacular smaller islands that offer up everything from pristine beaches, abundant wildlife, rugged landscapes and gourmet treats.

The island of Australia (officially designated a continent but Aussies consider it the biggest island in the world; just don’t tell Greenland) is surrounded by islands, offering ample vacation opportunities, from Fitzroy Island in the far north, Bruny Island in the south and in the remote far west, the weird and wonderful world of Christmas Island. 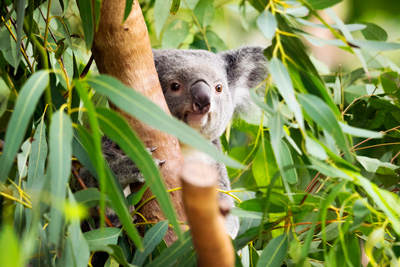 Magnetic Island is a short ferry ride from Townsville in Queensland’s north and a little like stepping back in time to a sleepy seaside retreat of yesteryear. If you’re into water sports, the island pretty much has them all, from snorkeling and fishing to swimming and sailing, but it’s also a great place to spot koalas in the wild.

A short hop from Cairns in Queensland’s far north, Fitzroy Island’s sheltered waters are ideal for snorkeling and just messing around in the water.

Stay a few days at the resort, hike across the island to secluded beaches, watch the tangle of brightly colored coral reefs from a glass bottom boat and take a guided tour of the Turtle Rehabilitation Centre.

Although Lady Elliot is known as the ‘Home of the Manta Ray’, you’re just as likely to see turtles and hear humpback whales singing around this island sanctuary within the Great Barrier Reef’s Green Zone.

Whether you get in the water or watch from their state-of-the-art glass bottom boat, the eco-resort gets you up close to the inhabitants of the Reef.

The island’s unique location attracts large numbers of manta rays and over 700 individuals have been recorded by Project Manta. And you can’t miss the birdlife: nesting shearwaters around your feet, noddies in the trees and crested terns in the air. 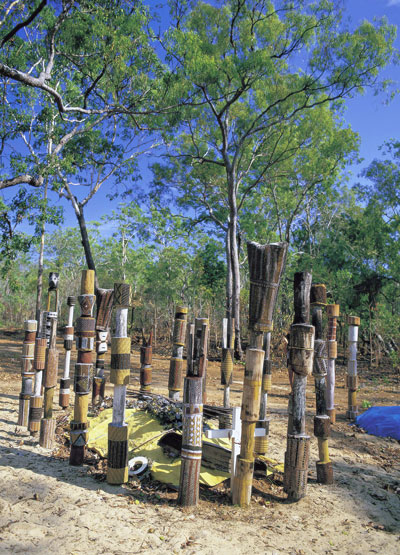 Bathurst Island lies approximately 50 miles to the north of Darwin in the Arafura Sea, and together with Melville Island makes up the Tiwi Islands. They are famous for their unique culture, combining Aboriginal stories with Catholicism, as well as their art, which hangs in galleries around the world and adorns everything from school buildings to the altar of the local white wooden church.

With a luxury eco-lodge of the same name, stay in one of the Oceanview Plunge Pool Villas and dine on the freshest of seafood harvested from the surrounding waters at Salt Water Restaurant. The lodge is joined on the island by a research station, where you can learn about the ongoing efforts to preserve the Reef, before exploring it yourself with a dive or snorkel. 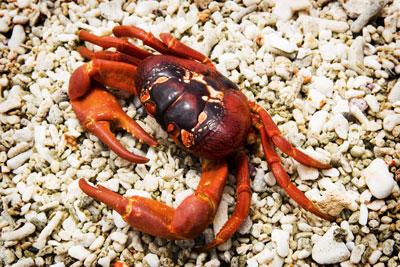 Little Christmas Island in the Indian Ocean will surprise even the most adventurous wildlife fan. Snorkel Flying Fish Cove and count 200 fish species, follow one of the many self-guided hiking trails through the rainforest and, from October to December, find yourself outnumbered by land crabs – 50 million to one.

The coastline is adorned with white sandy beaches, dramatic cliffs dotted by blow holes, and several caves and grottoes to explore.

Heron Island is on the Great Barrier Reef, so its wonders are literally on your doorstep. 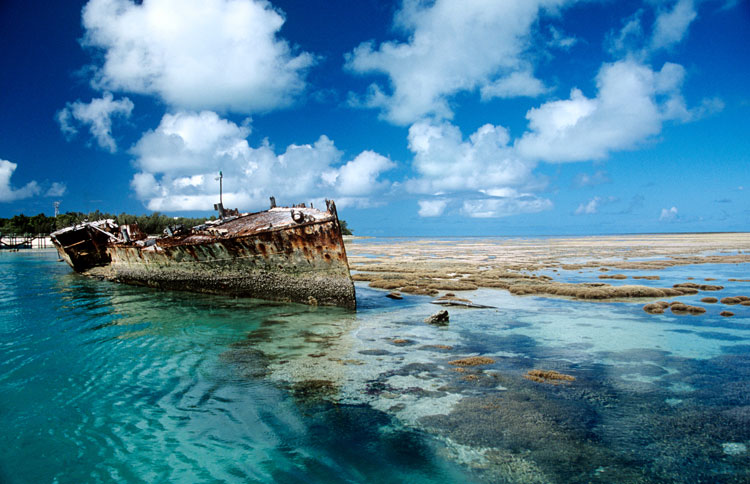 Between November and February watch turtles come ashore to lay their eggs – sometimes as many as 50 each night – and later in the season, you can see the hatchlings head off into the ocean. The island can be easily reached by ferry, float plane and helicopter from Gladstone. 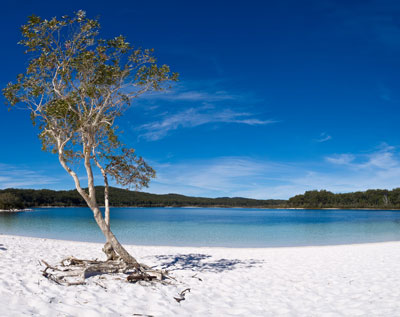 Fraser Island, the world’s largest sand island, is also one of the prettiest, with rainforest walks and crystal-clear lakes in the island’s interior and white sandy beaches. The island is particularly famous for its population of dingoes which stroll the beaches. 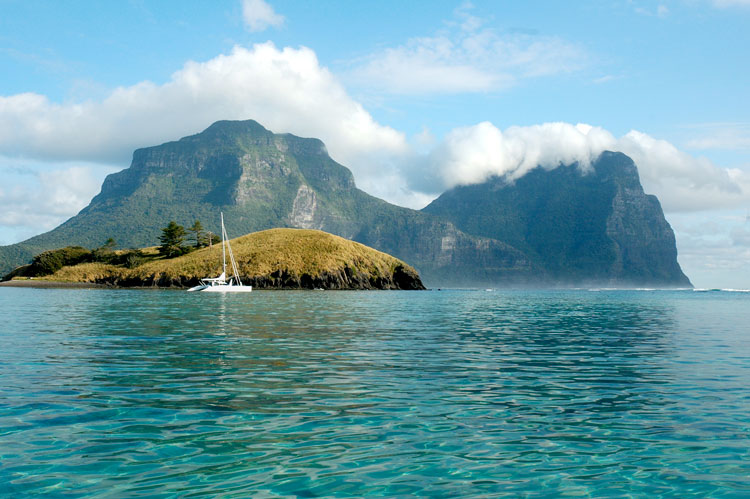 Lord Howe Island is a World Heritage-listed island paradise, and from its tall mountain peaks to its turquoise lagoons and fringing coral reef, its beauty is astounding. An hour’s flight from Sydney or Brisbane, here you can swim with turtles at Settlement Beach, feed the fish and snorkel with baby reef sharks at Ned’s Beach, or hike up into the cloud forests of Mount Gower. 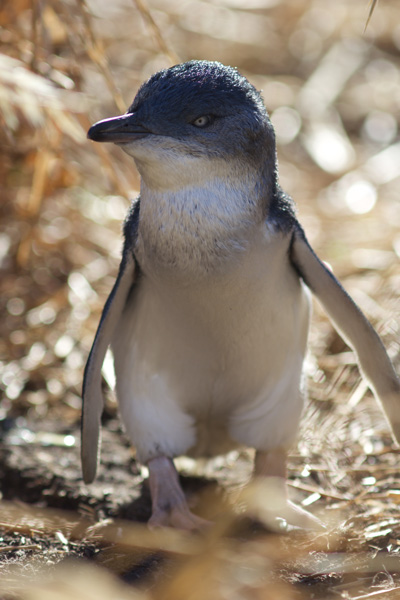 Less than two hours’ drive from Melbourne, Phillip Island is famous for its daily sunset Penguin Parade on Summerland Beach, when fairy penguins come ashore in groups, but it’s also home to a large colony of Australian fur seals which can be viewed from the quaintly named Nobbies headland. 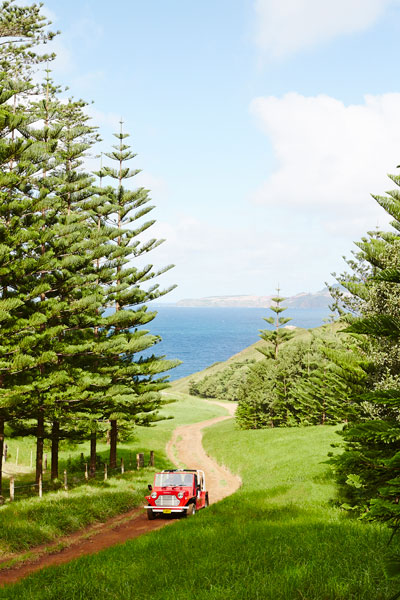 Norfolk Island, a tiny Australian island in the South Pacific Ocean, is defined by pine trees and jagged cliffs. The island’s national park offers stunning views over palm forests from Mt. Pitt and the island’s colorful past can be explored in the capital Kingston, a ruined British penal colony. 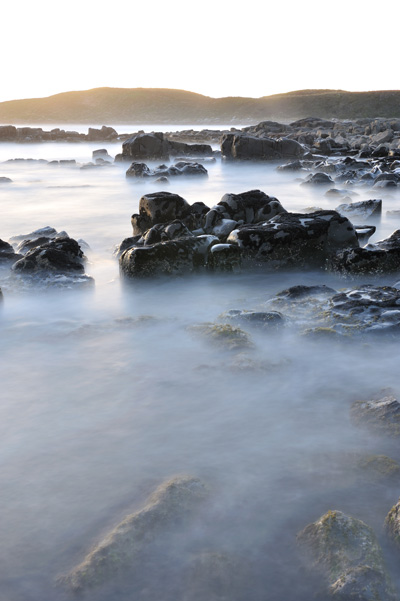 It’s also famous for its locally produced food and wine. You’ll find hand-made chocolates, truffles, award-winning cheese and some of the best seafood on the Australian coast.