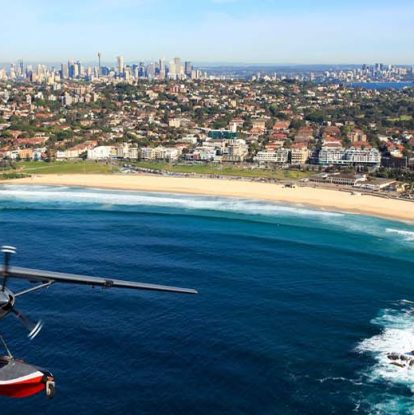 Iconic Aussie journeys not to be missed

There is no single, defining Australian journey. Why? Because this country and its people are too diverse. Sure, there are constants. We unreservedly love exploring life in our “great outdoors”. We like to take it easy with people who make us laugh, and enjoy our food and wine, which we humbly think is the best in the world. These eight quintessentially Australian journeys take a little from columns A, B and C. Enjoy them – we do!

Our Rock, our heart: Uluru

Uluru is intensely sacred to its traditional owners, and an unofficial pilgrimage for visitors and Australians alike. For some, it’s enough to make it to ‘the rock’ and drink in its enormity (5.8 miles around) up close, walking or cycling its perimeter. Others appreciate it from afar, inside one of the most luxurious glampsites on earth: Longitude 131, or via a sunset helicopter jaunt, which puts Uluru-Kata Tjuta National Park’s vast desert-scape into perspective. 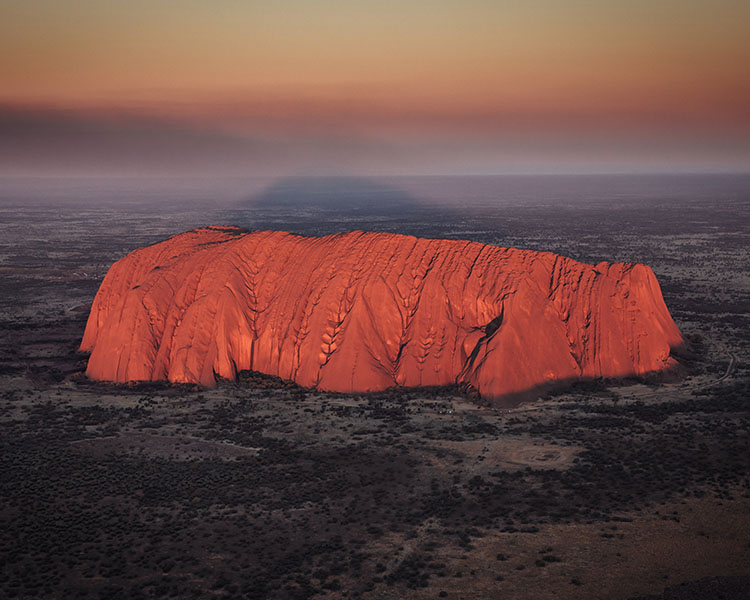 Uluru is an unofficial pilgrimage for visitors and Australians alike.

An ‘Outback Cruise’: The Kimberley

Australians are a humble people but believe us when we say that the Kimberley in Western Australia is one of the world’s last great wilderness areas. The best part? You can experience it from the water in laidback luxury from your balcony suite. Starting in carefree Broome on the north-west coast (less than three hours by air from Perth), cruise the vibrant coastline where the aqua Indian Ocean and ocher-red earth battle for your attention. Remote (328-foot-high) King George Falls will undoubtedly impress; jump onboard your ship’s helicopter to find a picnic spot among its upper rock pools. 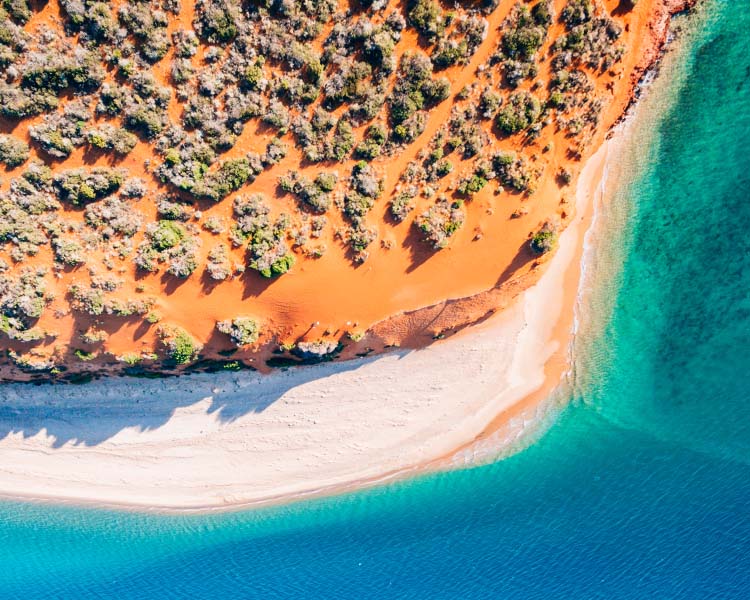 The Kimberley is one of the world’s last great wilderness areas. 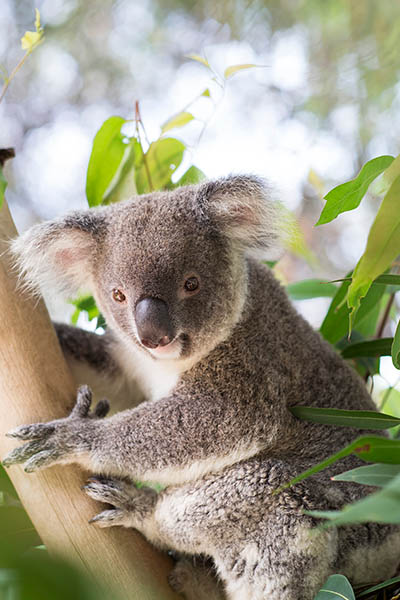 Keep your eyes peeled for koalas.

This coast-hugging road trip (starting just outside Melbourne) swirls you through seaside towns with fairytale names, such as Port Fairy and Apollo Bay, and past the 150-feet-high 12 Apostles, which rise dramatically from the Southern Ocean. Otway National Park’s temperate rainforest begs you to take a hike, with eyes peeled for resting koalas. If you aren’t interested in self-driving, private tours and guided walks are readily available options.

Sydney’s sparkling harbor is reason enough to make it the first stop on your Down Under adventure, and there’s no better way to see it than from the sky.

Seaplanes regularly depart from Rose Bay, taking in the Sydney Harbour Bridge and Sydney Opera House, before soaring over the khaki scrubland of Ku-Ring-Gai Chase National Park. Gently swoop down to the bush-enveloped Berowra Waters Inn to feast on a seven-course menu of ‘modern Australian’ cuisine. 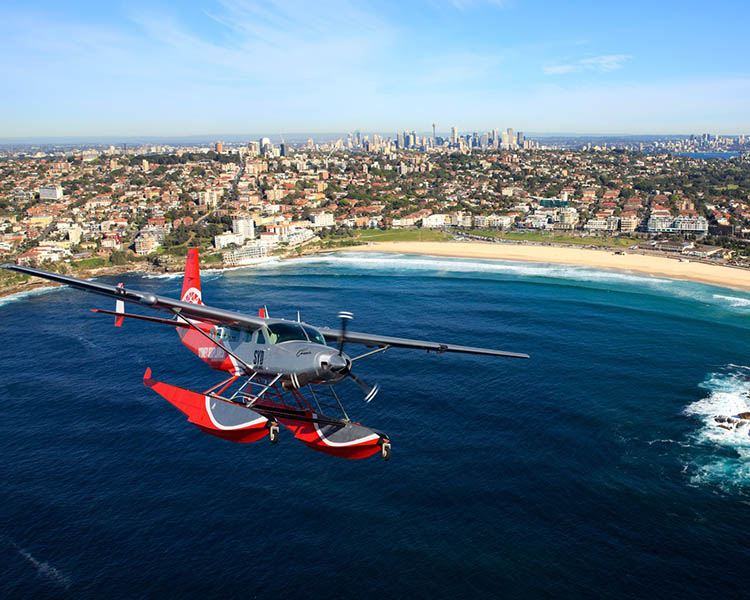 A private helicopter or seaplane flight to this tiny, heart-shaped composition of coral in the world’s largest reef system is a journey you won’t soon forget. Board your aircraft from Hamilton Island, one of 74 Whitsunday Islands and the gateway to the Great Barrier Reef. On the way out to Heart Island, ask your pilot to stop at one of the Whitsunday’s most well-known (and pristine) beaches, Whitehaven. With Heart Reef seared into your psyche, return to Hamilton Island for a tranquil week in the tropics at a Polynesian style bungalow or in five-star luxury at qualia resort. 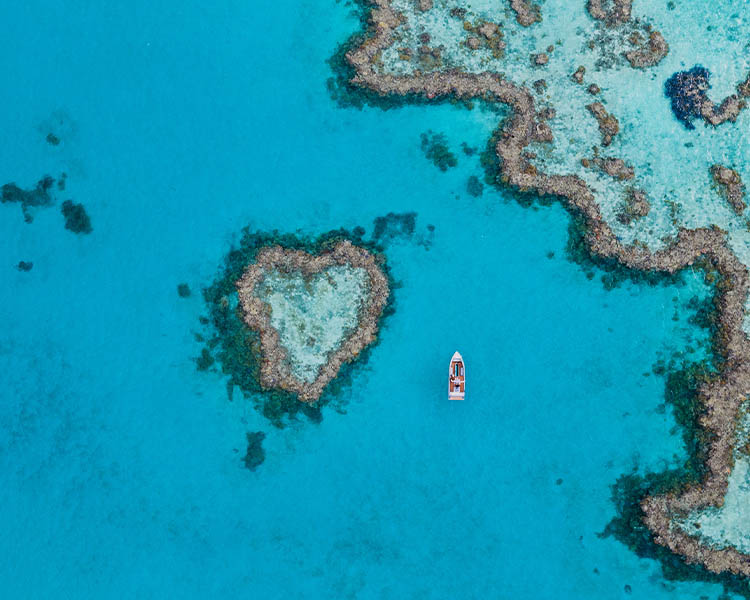 A journey to this heart-shaped composition of coral is something you won’t forget. (Image: Robbie Josephsen)

As dawn breaks, soar over this classic Australian landscape in a hot air balloon, taking in the panoramic vineyard views, and toast with a Barossa sparkling upon touch down. Located just over an hour from the city of Adelaide and home to more than 150 wineries, including legendary producers Penfolds and Seppeltsfield – not to mention some of Australia’s finest restaurants and farmers markets – there’s still plenty to do in the Barossa with two feet firmly on the ground. 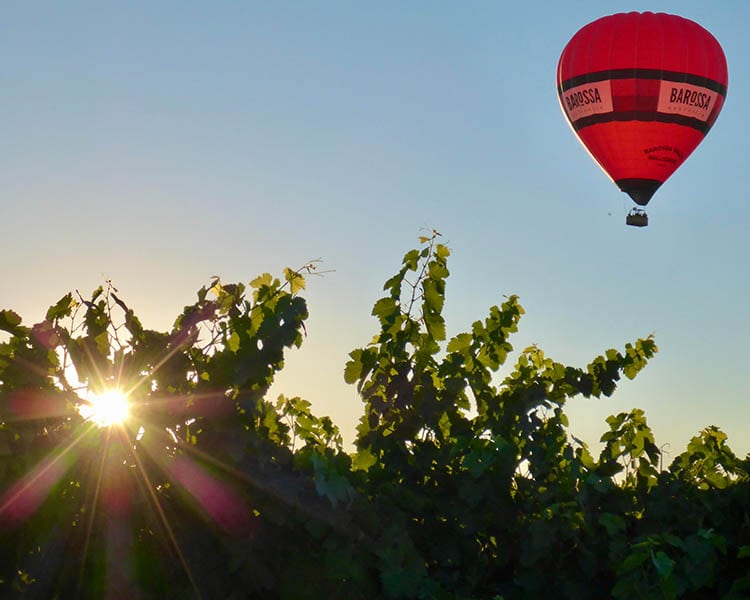 Soar over Barossa Valley in a hot air balloon.

The Ghan: On Track to Central Australia

The Ghan’s 1,851-mile trajectory covers a spellbinding cross-section of the country, from the bustling laneways of Adelaide to Darwin’s tropical hues. Unlike AMTRAK, this train – whose 90-year heritage celebrates the Afghan cameleers who helped ‘build the outback’ – is pure Golden Age of Rail.

Simply watch the outback go by in your elegant private cabin, while being waited on by disarmingly friendly Aussies. Or “get off your bum”, as we say, for some quirky excursions, such as visiting underground homes in the Wild West-style opal town of Coober Pedy, taking a leisurely outback day-hike looking for rock wallabies, or exploring the desert landscape from a fitting position atop a camel. 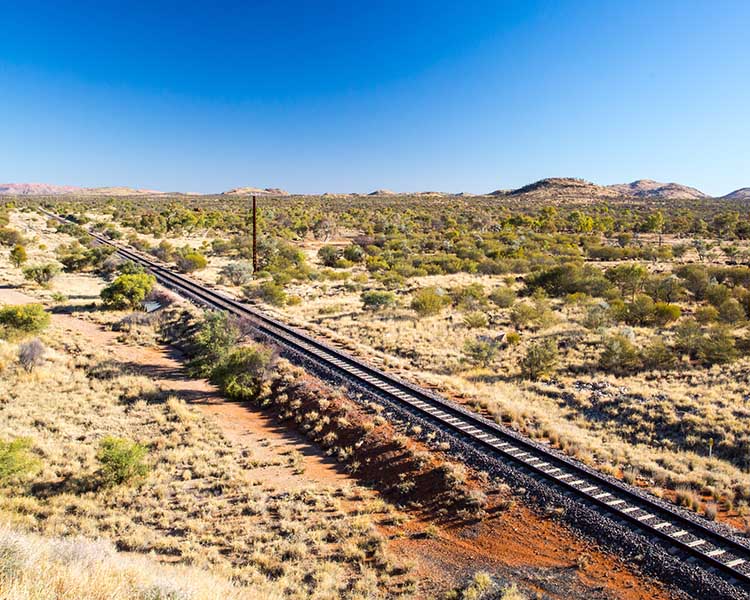 The Ghan’s 1,851-mile trajectory covers a spellbinding cross-section of the country.

The great eastern drive meanders 137 miles up and down the less-explored east coast of Tasmania. Call into cool-climate wineries for a tasting plate, pick up a gourmet picnic basket to go, and find a deserted white beach to lay down your picnic blanket. Pass through sleepy towns to reach Freycinet Marine Farm, where you can sample ‘tassie’ oysters straight from the source and, finally, rest your happy head at one of the design-driven coastal pavilions at Freycinet Lodge. 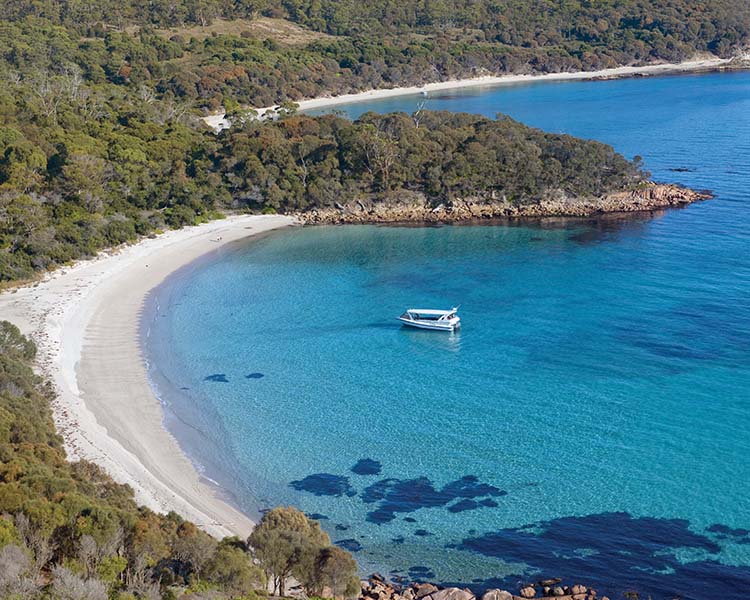 Explore the east coast of Tasmania.

Get ‘up close’ to Sydney’s humpback whales

Take a private high-powered sports cruiser on a sea safari and get among the whale migration just off the coast of Sydney between May and November.  SAVE 10% with promo code AT10