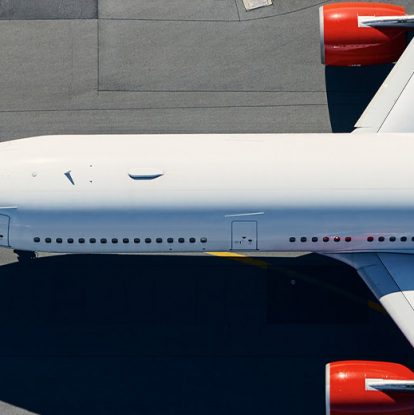 USA to Australia: how long will it take me to get there

Flying from the United States to Australia is possible from various cities and with a range of airlines including Qantas, Delta, United Airlines, Virgin Australia and American Airlines. 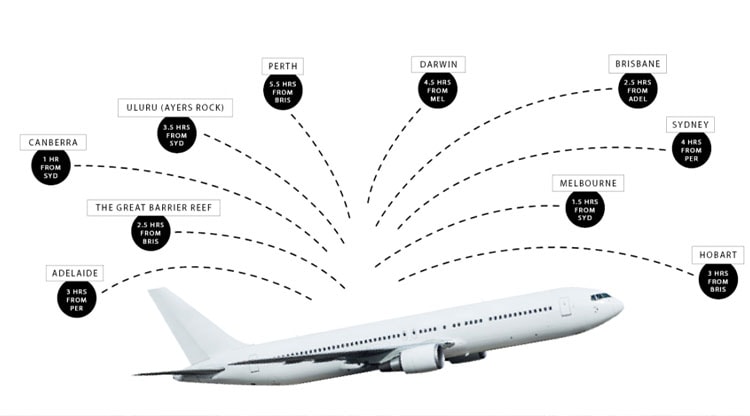 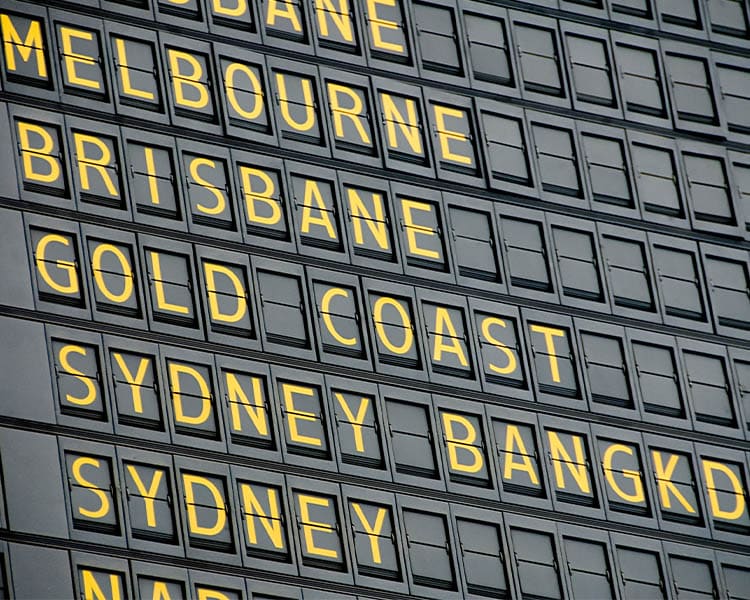 Flying from the United States to Australia is possible from various cities and with a range of airlines.

From Honolulu to Sydney, the direct flight will get you there in 10 hours. Once in Australia there are frequent flights between the capital cities of each state via domestic carriers such as Qantas, Virgin Australia and Jetstar, as well as to regional centers on the likes of Rex Airlines and QantasLink. Before booking and/or departure, make sure to check visa
and entry requirements, and travel updates at australia.com.

Sydney is serviced by numerous domestic airlines, and you can get just about anywhere by plane: Brisbane or Melbourne are a short 1.5-hour flight away, and Perth is just over four hours’ flying time. Getting to popular regional hubs like laidback ‘Newy’
(Newcastle) and boho Byron Bay (via Ballina Airport) is also easy from Sydney. 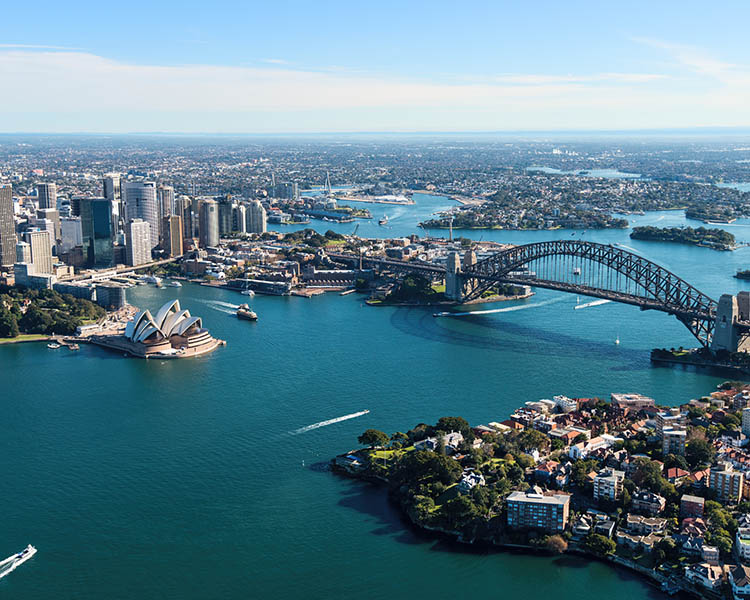 Sydney is serviced by numerous domestic airlines, and you can get just about anywhere by plane.

Melbourne to Brisbane takes about 2.5 hours, Perth takes about 3.5 hours, and there are regular 1.5-hour flights throughout the day to Sydney.

While the Tasmanian capital is not serviced by international flights, there are daily flights into Hobart from Sydney (roughly two hours) and Melbourne (just over an hour), as well as flights from Brisbane and Adelaide. 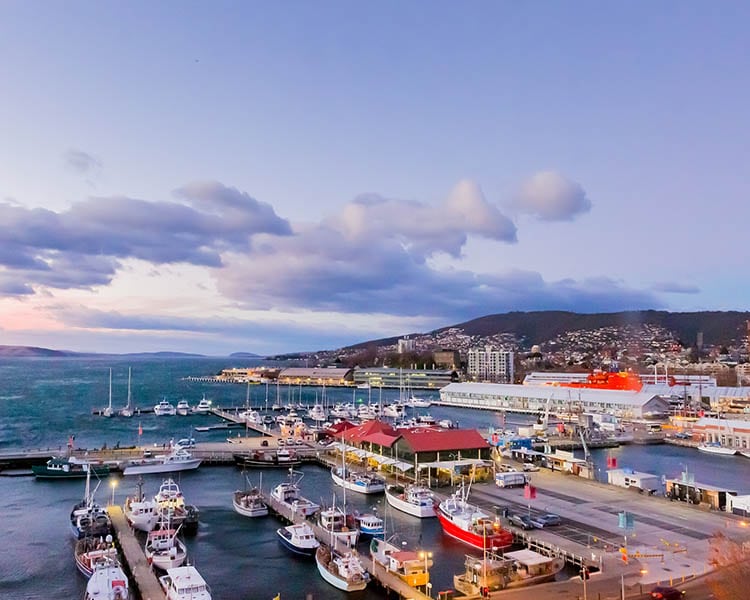 There are daily flights into Hobart from Sydney.

Adelaide Airport receives some international flights as well as daily direct domestic flights from every capital city. Sydney takes just over two hours while Perth is roughly three hours away.

There are direct flights to Perth from every capital city in Australia. It takes about 5.5 hours from Brisbane or 3.5 hours from Darwin. 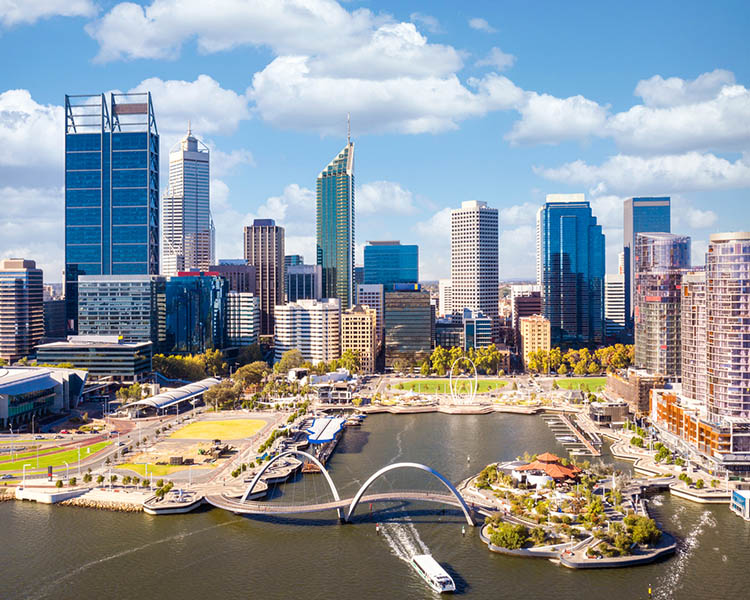 There are direct flights to Perth from every capital city in Australia.

Direct flights to Darwin are available from Sydney, Melbourne, Brisbane, Perth, and Adelaide. From Melbourne it takes about 4.5 hours, Perth takes 3.5 hours and Sydney takes 4.5 hours.

Fly into Brisbane’s International Airport direct or take a short flight from any capital city; from Adelaide it’s 2.5 hours and Hobart is just short of three hours away.

Cairns, Townsville, Airlie Beach (Proserpine) and Hamilton Island are all gateways to the reef, with flights available from many capital cities. Flying from Sydney to Cairns takes about three hours, while Perth to Cairns takes roughly six hours. 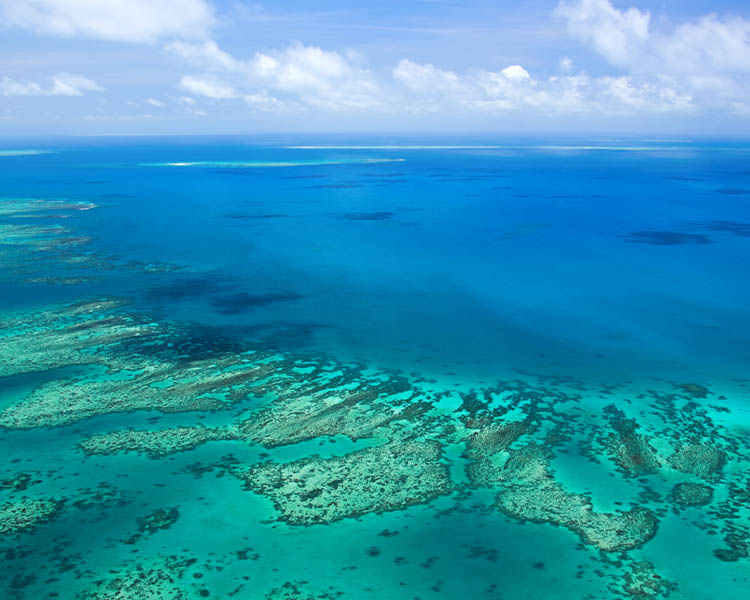 Cairns, Townsville, Airlie Beach and Hamilton Island are all gateways to the reef.

Fly to Alice Springs from most Australian capitals; it takes just over three hours from Sydney and just under from Melbourne. You can fly direct to Ayers Rock Airport to see Australia’s most iconic monolith, Uluru, from Sydney (3.5 hours) and Melbourne (three hours).

There are flights to Canberra from many capital cities – including Sydney, Melbourne, Brisbane, Adelaide and Perth. From Sydney and Melbourne the journey takes just over an hour, while flights from Perth take just under four hours. 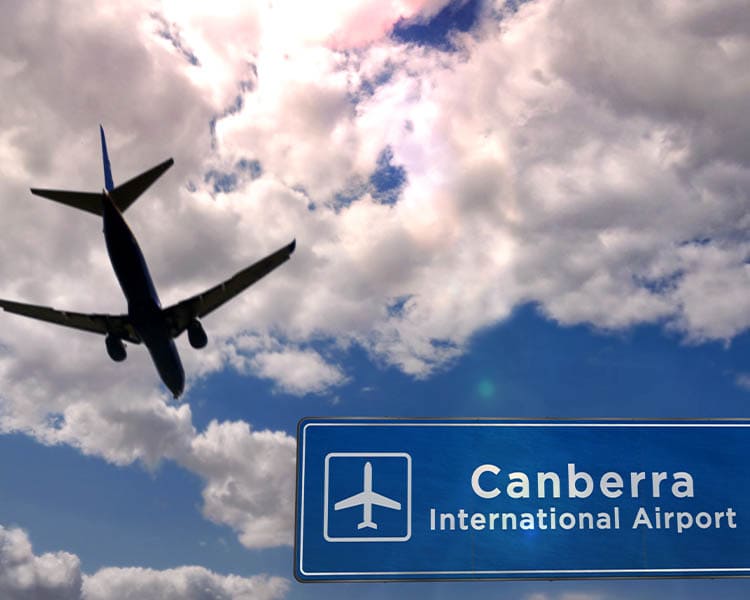 There are flights to Canberra from many capital cities.