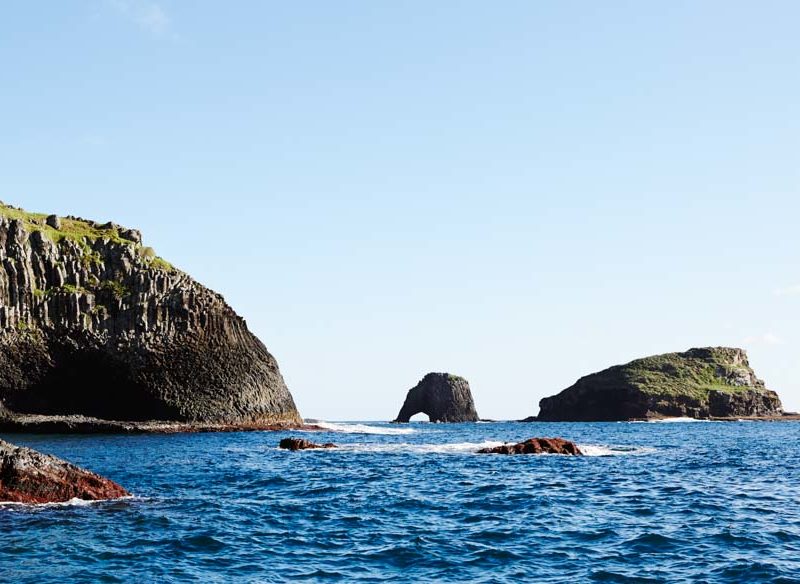 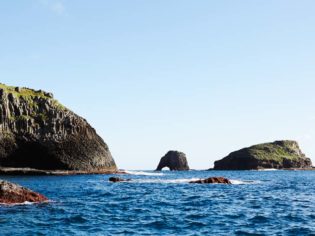 Norfolk Island is small enough to fit completely within the frame of a plane window.

The rocky outcrop rises up from the water, vivid green on top, the ridge lined with the silhouette of those iconic pines. Steep basalt cliffs drop to turquoise waters and shallow bays that grade into the deep blue of the South Pacific.

You’ll marvel at just how isolated and picturesque it really is, but it won’t be your first impression of Norfolk. That would have been formed at the boarding gate for your flight.

Norfolk Island has a reputation for being a senior’s destination, and the demographics of the waiting room prove this to be true. If you’re under the age of 65 you’ll stand out, and be seated in the emergency exit row to assist in case of evacuation. But Norfolk feels as though it’s on the cusp of something new – and not just politically.

Seniors are drawn by package tours exploring the island’s fascinating history, but Norfolk’s raw natural beauty, outdoor activities, local produce and quirky small-town feel all make for a brilliant DIY holiday with a hire car and a map, even if it only measures five by eight kilometres.

The Australian government recently made the controversial decision to end Norfolk’s 36 years of self-rule, and local opposition makes complete sense once you visit.

Words from the local language, Norf’k, pepper conversations and it should come as no surprise that everyone refers to the mainland as ‘Australia’. It really does feel a world away.

There are no traffic lights, cows have right of way, and when the island’s only roundabout was installed, there was a notice in the local paper explaining how to use it.

The radio station announces the opening hours of every shop (“the bottle shop won’t be open tomorrow, so stock up today”), and keys are left in car ignitions; doors never locked.

Many of the island’s 1700 residents trace their history back to the mutineers on the Bounty whose descendants settled on Norfolk, and so share a handful of surnames.

Flick through the phone book, and you’ll notice most people are listed by nicknames: a common trivia question is to guess someone’s real first name. This is a country town girt by sea.

Emily Ryves and her husband Zach Sanders are two of many young Norfolk Islanders who left to see the world and decided to return home because nowhere else felt quite this unique.

“We’re so passionate about Norfolk and trying to get young people to come and see it through our eyes,” says Emily, who established an artisan goat’s cheese farm on her idyllic family property overlooking Anson Bay.

“If you grow up on a tiny rock, you do set your eyes further afield, but there’s a big movement now for young people to come back home and set up businesses.”

After watching a documentary about goat’s cheese makers, Emily decided to give it a go on Norfolk. There was one small hurdle: she’d never seen a goat in her life, because there were none on the island. It took 16 months for her to get them past quarantine.

Norfolk has some of the world’s strictest quarantine laws, and only onions, garlic, potatoes and ginger can be imported in fresh. Everything else must be grown on the island, so eating seasonally is not a choice, and most locals grow some of the food they eat.

“Farmers’ markets, paddock-to-plate and organic produce are so trendy now, but that’s just how we live. We don’t put hipster price tags on stuff,” says Emily.

On a boat trip around the island, local fisherman and charter boat operator, Dave Bigg, points out the steep cliffs that rock fishermen have to haul themselves back up with their catch.

“You learn not to be greedy with your fish because you’ve got to carry them back up the ladder and pull yourself up those ropes,” he says.

Boats can only get out about one-third of the year, and even then they have to be lowered into the water by a fascinating crane system because of rough tides.

Locals say that such restrictions on Norfolk Island and its unique situation actually inspires creativity. At the farmers’ market, for instance, early season oranges are sold under a sign that says ‘use as lemons’.

Necessity is the mother of invention, and so Rod and Noelene McAlpine began Norfolk’s only winery, Robyn Tavener of Trade Winds taught herself to make the island’s first charcuterie from the pigs she rears, the Christian brothers began producing cow’s milk cheeses around the same time as Emily, and young couple Natalie Mann and Adam Neal moved to the island and saw the need for a cake business driven by what’s in season.

There’s locally grown coffee, a breed of cow, the Norfolk Blue, unique to the island and restaurant menus that reflect what is dropped at their doorstep or grown in their gardens. If you want something here, you have to produce it yourself.

This is DIY heartland, so the fact Norfolk has traditionally been a package tour destination shouldn’t deter more intrepid travellers: if anything, it works in your favour because you’ll have the pick of Norfolk’s beaches, swimming holes, walking trails and sunset vantage points all to yourself.

“We have the cleanest, most beautiful waters, bountiful fresh fish, pristine forests, our food tastes better and you’re never more than five minutes from home. You can’t beat our lifestyle,” says Emily.

“It’s not just convict ruins here or old people on buses. There’s a raw energy to Norfolk; it’s not static or boring.”

Her husband, Zach, a photographer and surfer, agrees.

He’s currently working on a project to take visitors to some of the island’s most secluded spots, hidden behind gates we’d never have known to open or down dirt tracks we wouldn’t have thought worthy to follow.

The longer we stay on Norfolk, the bigger the island seems to become, and we realise there’s just not enough time to see and do it all.

But everyone who calls this small rock home already knew that; slow down, they say, morla lel du. Tomorrow will do.

Getting there: Air New Zealand has two flights a week from Sydney and Brisbane to Norfolk Island.

Staying there: Coast is self-catered with sea views, perfect for groups. Longridge Road. Tintoela is an island homestead that can’t be beat for luxury. Meaning ‘sweetheart’ in Norf’k, Tintoela was built by Hunky Evans, a descendant of the original Bounty mutineers, for his Canadian sweetheart. Harpers Road, Burnt Pine. 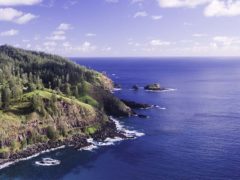 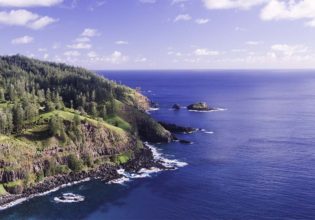 10 things you must experience while on Norfolk Island

There’s something special about Norfolk Island. This paradise has a unique appeal that draws visitors again and again. Here are 10 things on Norfolk... 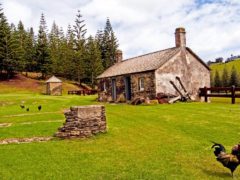 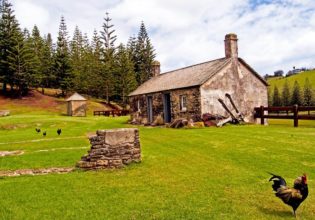 Eat your way around Norfolk Island

Visiting Norfolk Island is like meeting a long-lost relative (who just happens to be a phenomenal cook), says Nikki Wallman. Photography by Hayley And... 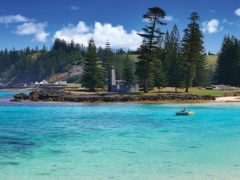 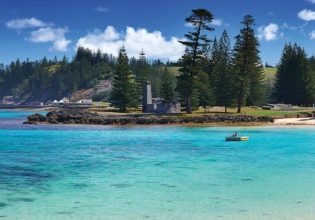 29: Discover Norfolk Island, one of our most under-rated family holiday destinations

Norfolk Island is a mere two-and-a-half-hour flight from Sydney, but you’ll need your passport to get here – making it feel like an overseas adven... 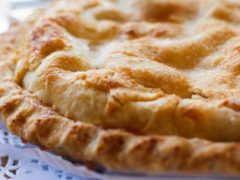 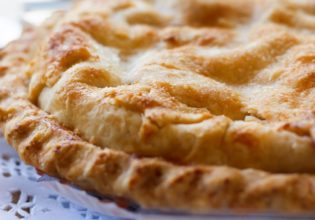