The five most beautiful ocean pools in Australia 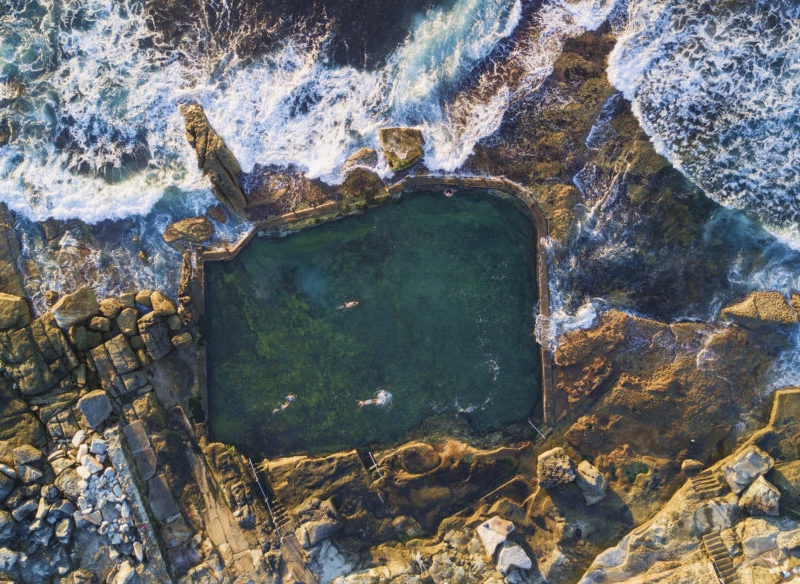 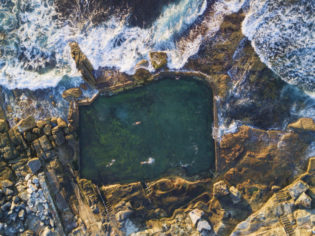 A uniquely New South Wales experience, take a dip in ocean pools, which are dotted up and down the coast.

If blue bottles and bossy waves keep you sand-bound come summer, consider a trip to NSW. Curiously, the practice of stacking concrete blocks and rocks to cajole the ocean into calm pools hasn’t taken off elsewhere (although, we hear Scarborough in Perth is campaigning for one), but along this stretch of coastline, there are many spots to lap up a beachside bath. Here are five of the best.

In the Bega Valley Shire, just a little more than three hours from Canberra, you’ll find this natural ocean pool that keeps hold of its tidal waters with the help of some strategically placed concrete. Positioned dramatically at the base of a cliff, it’s deep enough to get a few laps happening, while the kids can splash about in the adjoining toddler pool. Starting the day with a sunrise swim in summer doesn’t get any more idyllic.

The Bondi Baths are rightfully famous for their incredible aqua hues and glamorous poolside sunbathers, but turn southward from Bondi and, not all that far away, you’ll discover the rather unfairly less celebrated Wylie’s Baths. Established in 1907 by champion swimmer Henry Alexander Wylie, these were the first mixed gender bathing pools in Australia. An arresting sight with the yellow and blue-flanked deck perched above the pool on stilts, the baths provide a sheltered ocean paddle.

Long before these ocean rock pools were given Heritage status, it’s believed the spot was used as a fish trap by indigenous inhabitants. These days, the baths include a 50-metre, seven-lane pool that was constructed for just £425 in 1938. The historic pool is a source of local pride and was vehemently defended when public liability costs threatened its closure in 2002. Now safely extricated from all the red tape, the pools continue to provide pure, saltwater enjoyment.

Managing to get their hands on powder from a nearby mine, a few enterprising locals blasted rock at Coalcliff Beach, forming the now legendary pool in 1921. The pool was soon deemed too small and the community, led by the progress committee, regathered to expand the site. Five years and a stolen drainpipe later, the pool was complete for all to enjoy and has been ever since. It’s a particularly pleasing spot for an ocean frolic with views up toward the green cliffs.

Sydney’s love of the ocean bath was ignited at the turn of the century and has endured ever since, meaning you’ll find a proliferation of man-made pools clinging to the city’s coastline. The south has a lovely cluster of them but the most spectacular, arguably, for a casual dip away from the swarms of Coogee and Clovelly is the Mahon Rock Pool at the north end of Maroubra Beach. With free entry and parking, it’s perfect for scampering onto a rock and staying put for a few hours in the summer sun.