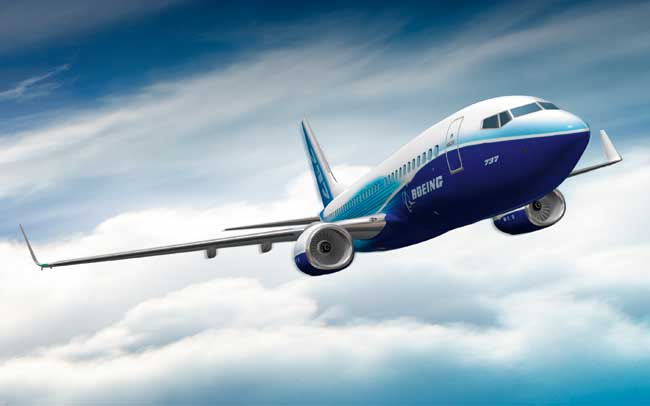 AT staffer Megan Russell takes the flight of her life aboard a Boeing 737 simulator
“Where would you like to go today?” asked my co-pilot Adrian, from Sydney’s latest attraction flight-simulator Flight Experience.

I had the choice of 24,000 airports around the world: being the Sex and the City fan I am, I answered, “New York, please – the city where dreams are made!”

After buckling me into the replica Boeing 737 flight simulator, Adrian gave me the run down on all the buttons, dials, switches and leavers in the aircraft’s cockpit. All I tried to remember was how to use the brake and how to steer.

The replica Boeing 737 simulator felt astonishingly realistic. With big speakers behind us, blaring out the sound of the noisy engine, it was lucky we had on headsets so I could hear Adrian’s instructions over the almighty din.

A 180-degree wraparound screen displayed New York City sprawling out below us. The visuals were clear, authentic and immersive. It was a fantastic opportunity to see the sights.

Our first takeoff from JFK Airport was controlled by Adrian. He prompted me to ring the bell to notify the cabin crew to be seated for takeoff, then I pulled the leaver to ensure the plane’s wheels were tucked away while we were in flight.

I was amazed. I felt like we weren’t very high flying over the NYC skyline. As we flew past the famous Brooklyn Bridge and Statue of Liberty, with the Empire State Building in a distance, I felt excited – like I really was flying over NYC. If only we could stop off for a quick shopping spree, or to enjoy a Broadway production.

I helped Adrian land the plane and then we did it all again. Now it was my turn to control the takeoff and landing. My takeoff was a little rocky, with Adrian telling me to point the nose of the plane up more. We made it though, then cruised around the skyline before I had to try to land the plane by myself.

“Aim for the line on the runway,” Adrian directed, which I did. Taking the landing very seriously, I aimed towards the line. According to Adrian, I made “the perfect landing”. Being my first time, he said the landing was exceptional.

The flight experience was a great experience. Although you don’t feel any turbulence being surrounded by 180-degree screens, when you’re turning the plane you can feel a little queasy as the visuals are so realistic. And it’s not every day you get to fly a Boeing 737.