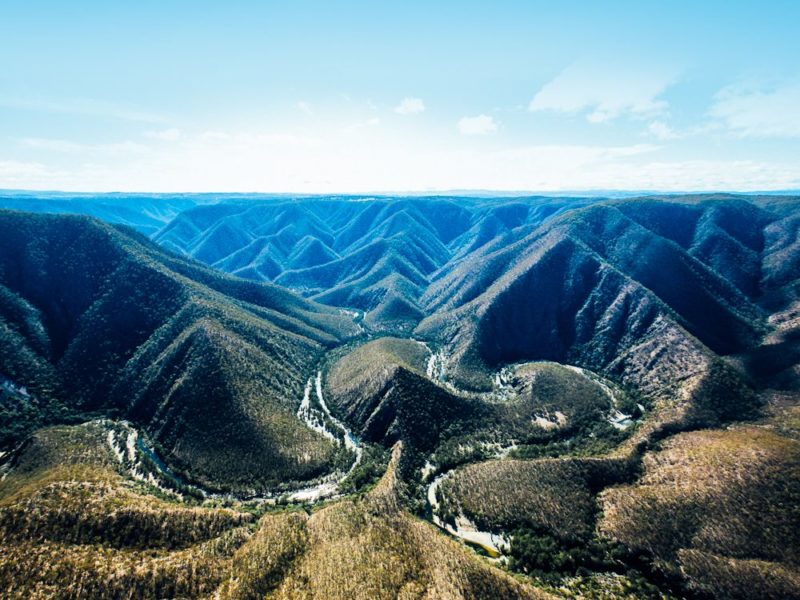 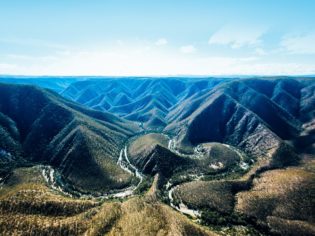 This is a love story – an unexpected one. Because a journey to the humble highlands will have you falling for its ancient beauty and country charm, writes Patrick Higgins (Photography by Elise Hassey).

After we gave Armidale quite the plug earlier this year – announcing it as one of Australia’s up-and-coming destinations for 2014 – heads turned, and questions were asked.

“Why this city?” was a popular one. (Yes, city – it has a cathedral.) “What’s in Armidale?” was also common. The answer to both is obvious when you get here – because the backyard of Armidale is not all hills hoists and cricket stumps, but rather World-Heritage-listed national parks and ancient gorges, offering magnificent waterfalls and slack-jaw inducing beauty, with terrain of such extremes that it makes the whole Man from Snowy River ideal seem a walk in the park.

Around two-and-a-half hours inland from the coast of Coffs Harbour, or a tick over an hour’s flight from both Sydney and Brisbane, this quaint country getaway – which, at 980 metres above sea level holds the title as Australia’s highest city (take that, Orange) – lies in the heart of the New England High Country.

The lure of this place is definitely its surrounding wealth of natural beauty, but prepare to be swept off your feet with a certain magnetism and hospitality that you can’t find in the big smoke. Once you fall down the rabbit hole you’ll find yourself on Armidale time, where lunches turn into dinner and hours melt away in conversation with locals.

The food scene is emerging with such offerings as rustic-hipster Goldfish Bowl, which churns out face-stuffing, freshly baked breads and wood-fire pizzas on Fridays (their coffee is worthy of a mention too; the place is literally buzzing with locals all week long). A smattering of wineries and breweries are also within striking distance, the cherry-on-top being Petersons Winery & Guesthouse, which is a popular place to throw a bouquet of flowers into a swarm of single ladies, thanks to its immaculately groomed gardens and mighty-fine wine.

And we can’t forget the New England Regional Art Museum (NERAM), which houses around $40 million worth of works, including a $40,000 Margaret Olley. The café out the front offers some decent nosh too, but we’ll delve into that later.

It’s close to Tamworth (we jest; we jest). Armidale and its surrounds are primarily known as cool-temperate farmland with a plethora of green pastures on hand for sheep and cattle to gorge themselves on, producing prime beef, lamb and wool.

Award-winning Milly Hill Lamb – one of Australia’s most popular exports, and a regular on the menus of top Sydney restaurants, including Aria – is produced here. And just to prove how unassumingly cool this place is, they offer up a 10-buck special of the lovely product every Tuesday night at the local bowls club.

As we mentioned earlier, the New England region is home to some of Australia’s most breathtaking gorges and waterfalls, created after oceans dried up millions of years ago, eroding and carving out the vast plateaus you see today. When venturing out of town (via Waterfall Way), you have access to the New England and Oxley Wild Rivers national parks, which are both World-Heritage-listed.

Bush walking tracks for both the leisurely Sunday walker and Kathmandu-decorated adventurer will draw you into the heart of the wilderness here, giving admission to roaring waterfalls after the rain, and spectacular viewing platforms where the earth falls away beneath your feet.

“I love my job” falls from the mouth of Fleet Helicopters pilot Barry Blacker for possibly the sixth time as we float our way through the ancient gorges of this impressive country. It’s not hard to see why. The Fleet Helicopters gorge tour is a must, for the real sense of scale it gives you to the wonder and grandeur here.

Ask for the doors to be taken off and rug up as you sweep into the valleys, viewing rivers cutting and snaking their way along the basin as they sparkle like diamonds in the sunlight. The occasional brumby can be spotted enjoying an afternoon drink below the undulating hills, and, if you happen to be here after a few good days of rain, the waterfalls of Dangar and Wollomombi will be spewing over the cliffs’ edges, falling hundreds of metres to the floor below.

If heights aren’t your thing, get behind the wheel and head towards Ebor Falls around an hour out of the city. From here you can make your way back into town, picking and choosing between a range of spectacular parks and waterfalls to view.

Highlights definitely include Point Lookout in the New England National Park, which offers layers of mountains rolling away towards the coast in a sea of green, blue and grey. Just down from the lookout you can bushwalk your way through the enchanting rainforest filled with moody moss-covered trees towards Weeping Rock, a large cliff face that perpetually weeps water from its basalt face. In the depth of winter the cold freezes water into icicles, creating a hauntingly beautiful spectacle.

If you have a 4WD, venture back on Forest Way through Styx River State Forest and watch as the terrain changes with every kilometre, from dusty outback to damp green rainforest. Gum trees tower over the beaten track with splashes of ferns hugging their base while bush wattle flares areas with flaming yellows. (Keep an eye out for the thrill-seeking bovines, though – they occasionally venture onto the road to play chicken with passing cars.)

For those with cultural inclinations, stop in at NERAM and wander aimlessly around, viewing the vast range of artworks dangling from its walls. Opening in 1983, the museum was originally built to house the Howard Hinton Collection, an iconic range of Australian art by artists such as Norman Lindsay and Arthur Streeton.

Margaret Olley’s The Yellow Room is also on display in the main area. For a bargain $11, you can also book ahead for the storeroom tour, where you can get up close with artwork kept on sliding walls for guests to pick and choose their own viewings. Stepping back in time, head out to the pretty National Trust Saumarez Homestead, where you’re taken back to the origins of Armidale with the settlement dating back to 1839.

A stroll around the gardens during summer will transport you to an era of tennis and tea parties on the lawn where socialites thrived and the odd romance blossomed.

The food scene in Armidale is set to flourish thanks to a handful of great eateries and an absurd amount of top-quality local produce on hand. The café NERAM Harvest, nestled at the front of the museum, is the jewel in the crown.

Dinner here (Thursday, Friday and Saturday; lunch from Wednesday till Sunday) is a real experience as you dine amongst artworks on an ever-changing menu of seasonal and local produce-inspired dishes.

Executive chef Rowan Tihema (formerly of Pearl Melbourne) is the ultimate host, floating from table to table doting over intrigued guests, passionately explaining the fare and occasionally slinging together a mean martini from one of the 41 varieties of gin he has on offer. (We’d suggest taking a taxi so you can sample a few.)

A permanent on the dessert menu is the Turkish delight and rose petal ice-cream topped with fairy floss. Drool.

Gold Fish Bowl, as mentioned earlier, offers up trendy décor for Armidalians and tourists with a large brick wood-fire oven dwarfing the café, accompanied by chalkboard walls displaying the daily menu. Brothers Nick and Josh Oxley are the masterminds behind the tasty pizzas, pastries and breads served here.

Other notables are Bistro on Cinders and its large, not-so-Sydney sized portions (which seem to be the custom in Armidale). The chicken liver pâté with port wine jelly, rocket and apple sultana chutney and toast is a mainstay, with locals likely to riot if it’s taken off the menu. Caffeine junkies have a few choices to get a fix, too, with Fresh@110 leading the pack. Beanhunter.com gave this joint 8.1 out of 10 and there’s a few Good Food Guide stickers adorning the little café windows as well.

This is B&B and farm-stay heaven. Elderslie B&B offers understated luxury with a touch of history. The cottage was built in 1880 – worry not, it’s been renovated since then – and has been in the Fittler family for five generations. Sleeping up to six with ease, a large living area with open fireplace and kitchen make it perfect for a group of friends, some home cooking and a few bottles of local red (from $180 per night, twin-share).

Glenhope B&B caters to families with ankle biters able to wander the farm, which is filled with curious afro-haired alpacas. Owners Bron and David Mitchell have given the place a lovely home-away-from-home feel and will muster up a hearty breakfast to keep you fuelled for the day’s activities (from $160 per night, twin-share).

But, for the romantics, there’s only one place to be: Petersons Winery & Guesthouse. Sink into one of the seemingly bottomless baths surrounded by a few candles and a drop (or bottle) of the vineyard’s finest. The gardens are perfect for a meander as the light fades, and during winter there’s a fireplace or two to park yourself beside while enjoying… you guessed it, more wine (from $200 per night, twin-share).

The perfect end to any Armidale day. 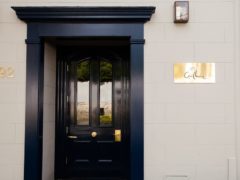 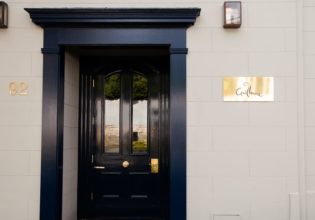 ‘Restaurant of the Year’ – Guillaume, Paddington

The successor of Sydney legend Guillaume at Bennelong at the Opera House has finally arrived, and though it’s yet to earn any hats, we’re tipping ...