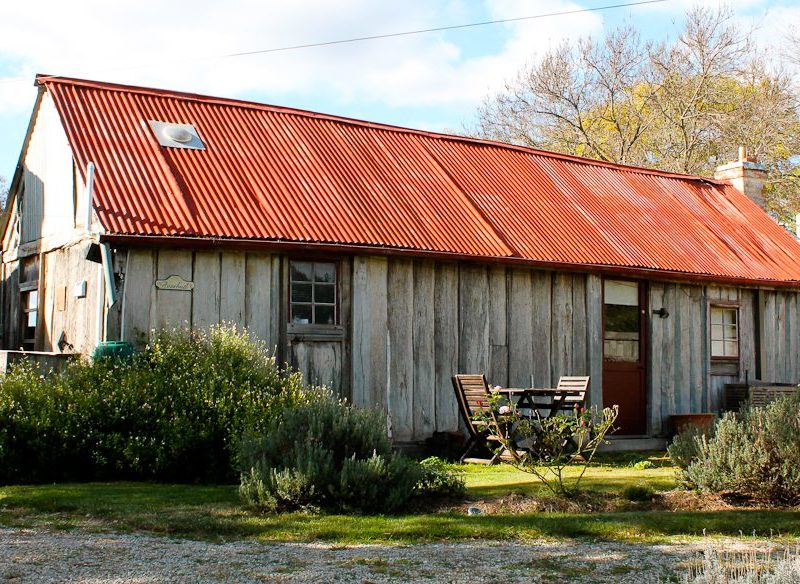 You don’t have to hike far out of town in NSW or Canberra these days to find a rural weekend experience that feels a thousand miles away. By Megan Arkinstall

These two quaint 1860s pioneer cottages are set on a fifth-generation family sheep and cattle farm only eight kilometres from the centre of the nation’s capital – one of the last farms in the area. Rosebud cottage, which had been lived in almost continually for 150 years, and Bell’s cottage were refurbished in 2008 and 2011 respectively – reclaimed timber floors, new plumbing and wiring by the best plumbers in town, new gas fires and modern appliances ensure the cottages are fit for a 21st-century stay whilst maintaining their historical charm and integrity. Both one-bedroom stays are decorated fittingly with draped four-poster beds, wallpapered walls, antique bits and bobs, and have lovely views of the farm and many bushwalks on their doorsteps (see canwalk.org.au). From $175 per night; not suitable for kids.

Built in the 1860s, the beautifully-restored Old Stone House B&B is a crowd-pleaser for Territorians and New South Welshmen alike. Each of the four guest rooms – Weeping Willow, Silky Wisteria, Golden Elm and Ribbon Oak – has been carefully styled in rustic simplicity (with all the mod-cons). Stroll amongst the manicured roses, Cyprus pines and 120-year-old elm trees before retreating to the sitting room, in front of the open fire with a cheese plate and wine. The heritage town of Bungedore is at your doorstep with its cafés and restaurants, galleries and boutique stores… though you don’t really need to go anywhere. From $220 per night; not suitable for kids.

Rising just inland of Australia’s most easterly point, Cape Byron, is Mt Warning – the first place in Australia to be touched by sunlight each day. And really, you couldn’t think of a better place to find the Amazing Wollumbin Palms Retreat, a set of three quirky, lavish hideaways surrounded by lily ponds, lagoons and orchards… and 66 acres of lush rainforest. Each lodge is individually themed – one a Mongolian yurt, another a luxury ‘cave’ built into a rock face; the third an Indonesian ‘palace’ complete with hanging bed – but all come, of course, with standard necessities (spa baths, fireplaces, espresso machines…). You’re in the Byron Hinterland, so there’s plenty to do here – we suggest ignoring it all. From $395 per night including breakfast; not suitable for kids.

Go bush in style in the Apple Isle