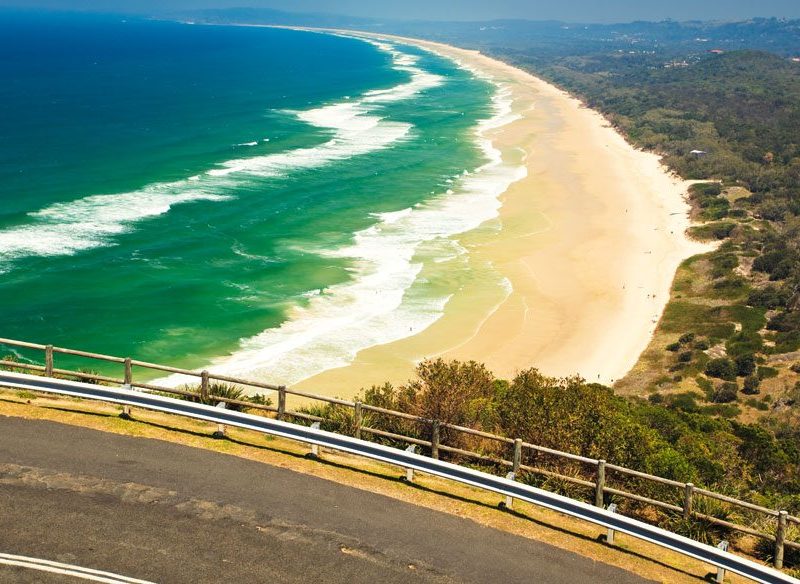 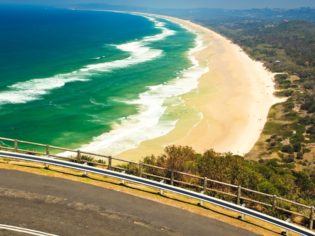 The glittering bayside enclave of crescent head was once considered a must-stop on any NSW North Coast surfari. Thankfully, some things never change.

“Don’t even think about it,” growled Bob Kennerson to the shortboard rider about to drop in on his wave. Bob had jumped off the point at Crescent Head just in time to paddle onto a perfect wave that was peeling down the bay. Carving through its sections on his Malibu longboard, he rode the wave 300 metres, all the way to the beach. Stepping ashore, Kenno reckoned with a grin that after 40 years of surfing here this was probably his best-ever ride.

Crescent Head, a little enclave of swell, sunshine, curious food, a six-hole golf course and 1210 people, nestles on the NSW North Coast 17 kms east of Kempsey. That a 65-year-old Mal rider can still step into liquid here and peel away the years as he rips across the face of this classic point wave is, for its aficionados, one of the joys of the place.

The village tumbles up, or down, a hill called Big Nobby, its streets tiered to give the better-off residents an amphitheatre-like view of the glittering bay that sweeps north towards South West Rocks. This arc of coastline is backed by the bushland hills of Hat Head National Park. Out there, nothing seems to move, although at times it has, strangely. Crescent folk recall that in the heady ‘70s, plenty of dope was planted in “them thar hills.” At night they could watch the distant flashlights of growers tending their mull crops on a hillside known as “Million Dollar Mountain.”

“The journey up here, back in the ‘70s, was an endless, bumpy road and a string of take-away horrors,” says Al, an old Crescent hand. “Plus, we were always tripping or stoned. You’d leave Sydney in a chillum haze for a seven-hour journey north in some old Holden with half-a-dozen boards on top. It was all long hair, baked brown skin and endless cannabis. And, if you were lucky, mushrooms in the fields when you arrived.”

These days Al’s intake leans more towards a beer and a burger, but he still shreds the point waves. At places like Malibu Munchees, run by two French sisters, the Crescent Head nosh is classic surfari throwback: smoothies, toasted cheese and tomato sangers and milkshakes. Meanwhile, up the street, Curl Restaurant is dishing up chef-prepared food – tablecloths, plus excellent barramundi at $27 a throw, are a definite sign of social change in Crescent Head.

This village wrapped in a headland, folded in a coastline and tucked in a not-quite-time warp has somehow escaped the excessive success that has ravaged those other surf Meccas, Noosa and Byron Bay. Crescent is still modest bungalows, holiday cottages and no-nonsense shops. Admittedly, the fibro is going brick veneer and the house prices have doubled in five years, but there are no transplanted faux pas Sydney mansions, no six-bed-five-bath post-Tuscan nightmares. Importantly, there’s none of the rhymes-with-banker mentality that can accompany such intrusions

LOOKING AFTER THE PLACE

Bob Kennerson first surfed Crescent’s pandanus-shaded point in the early 1960s when this was (as it still is) a mandatory stop on any North Coast surfari. A decade later, Bob, a renowned Collaroy goofy-foot surfer and board shaper, moved here to build surfboards – and simply stayed on. When board-making hit one of its periodic lulls, he also became the village postman, a round that he retired from only last year, after 28 years.

“But Kenno was a lot more than a postman,” says another Crescent Head resident, Max Roche. “He’d do things like keep an eye on the old folks and on people’s homes when they were away. He always looked after the place.” He still is, and he’s still shaping boards.

I think of Crescent as a sort of Milkwood of surfdom, where the butcher, baker and surfboard maker all have tales to tell – and perhaps a few to hide – even if their tales are written mostly in waves and washed away on the tide. The village’s own tale goes back to the 1890s when the track from Kempsey was just ruts through the bush, running out to a hamlet of little holiday shacks (“of old tin and bags”) and of course a pub.

Crescent was always a bit raw – sometimes literally so. In 1894 an English visitor noted around 150 people enjoying a day at the beach, but with the men “in the dress that Nature provided them . . . all within sight of the female portion of the assembly, yet there was no indecency.” (What to make of this? There’s no further information, so we only speculate on the early emergence of nudism in these parts.) Raw but cool – that’s Crescent.

“When the surf’s pumping, you can feel it throughout the village, without even looking at the sea. The whole vibe changes,” says potter Robin Furner who has been holidaying here for years. Like everyone who surfs, my first stop at Crescent is always to drive past the camping ground – re-badged these days as a “holiday park” – and out to where a long, rolling, right-hand break pivots around the low headland of Little Nobby.

There’s always half a dozen, or 30, other cars checking out the surf – feral Kombis, 4WDs, a few gleaming Beemers, the tray-back utes of tradesmen and Mum-and-Dadmobiles piled high with school holidays stuff. Off the point, the grommets and old men of the sea, on Mals and thrusters, boogies and skis, are living out their blue crush dreams.

The waves fan – everything curves, crescent-like, around here – down the point. In the bay you can spot dolphins and whales when you least expect them. And if it all sounds too lyrical, there’s even better just down the road.

Immediately south of Crescent is Goolawah, or Back Beach, a heroic, five-kilometre swoop of spray, empty shore and wallum scrub. A gravel road (soon to be sealed) runs along this coast all the way to Port Macquarie, stitching together little corners like Racecourse Head, Delicate Nobby (aka “Sensitive Dicky” to the learn-to-surf backpackers on the Mojosurf bus), Limeburners Creek, Big Hill and Point Plomer, each with its own hideaway campsites, fishing spots and beach breaks.

“There’s a hush that settles over Crescent Head at dusk.” recalls another visitor, novelist Merlinda Bobis. “Even the waves seem less insistent, tuned-in to the fading sky lights and that hint of fire over the darkening hills. Like Nature’s end-of-day prayer. Then out comes the first star.”

Dusk across the little town and its blue diamond bay is indeed magical, although daytime is much more hard-edged. “But don’t go strolling around the golf course.” cautions Merlinda. “I was ticked off by some nosy old lady, warning me that golf balls can kill. Pity, as I was always drawn to the top of its green stretch – up there you can see forever, as they say. Not fair. Golfers come up here just looking at a ball and their game, not forever.”

It costs only $10 to play the six holes, although Al advised me, “Just wait till after 4pm when the old duck with the Pommy accents heads off, then you can get in a few free rounds. Have fun, too, by maybe finding more balls than you lost.”

I’ve rolled into Crescent Head more times than I can count. Sometimes the sea is a millpond; sometimes it’s a maelstrom. I’ve seen the humble cottages that people lived in turn into holiday rental houses that the new owners rarely occupy.

I probably should have bought a shack that cost $160,000 before it turned into a repainted one that now costs $390,000. But somehow, Crescent stays constant. The toasted cheese and tomato sandwiches at Munchees are as scrumptious as ever, a good morning wave off the point can still make my day all day, and now you can even score a fair cappuccino.

As Kenno says of his home turf, his home surf, “The place hasn’t changed – but it has gone ahead.”

Best months to go: Year-round, though if you have the option, avoid school holidays and weekends, as the break gets crowded.

Most under-rated aspect: The walks, such as from the Big Nobby water tank down to Goolawah Back Beach. Camping for a few nights at magical Melaleuca Reserve on Limeburners Creek, beside tannin-dark waters, black swans, kookaburras and kangaroos.

Most over-rated aspect: The “you should have been here yesterday” tales of surfers, fishermen and real estate watchers.

Be prepared for: Mal-nutrition – when the point waves are working, expect to be starved by Mal riders taking off before you on every wave. (Solution: buy your own custom Mal from Kenno.)

Watch out for: Dolphins at Back Beach, and pelicans loitering at the fish-cleaning table beside Killick Creek.


Campsites and cabins on the shoreline.


Four-day hoot from Sydney to Byron via Crescent.


For house and flat rentals.


Seaside seclusion out of town at Big Hill.