Hawkesbury Riverboat Postman - a day in the life of 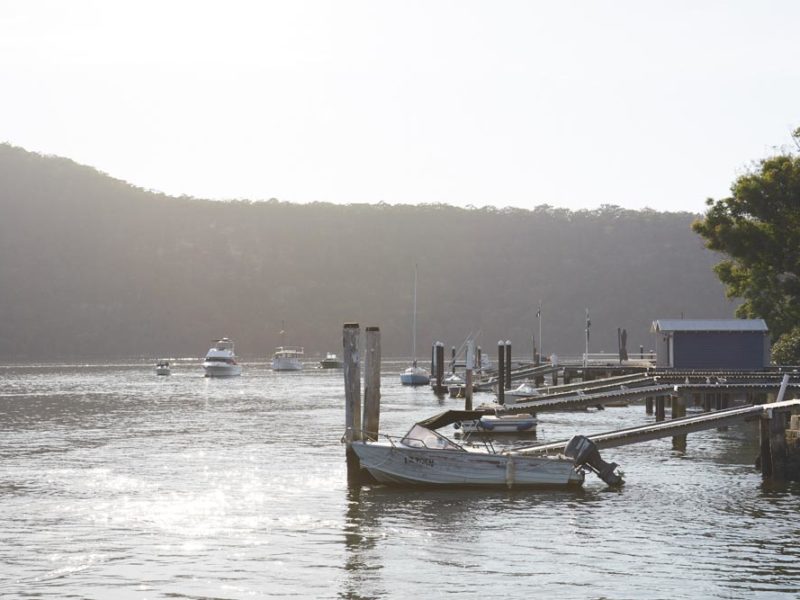 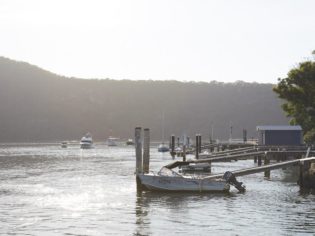 From the Mayor of Milson’s Passage to the Lothario of Marlow Creek, you’re sure to meet plenty of characters along the Hawkesbury River when travelling aboard the Riverboat Postman.

Life on an island on the NSW Hawkesbury River isn’t as isolated as you might think.

Sure, some locals go without power during winter and almost everyone travels by boat, but there’s a thriving, supportive community in this cul-de-sac ‘town’ located on Sydney’s northern fringes.

It seems the restrictions of river living have created a bunch of characters with storied pasts and colourful presents, and they’re more than happy to share a tale or two. The best place to hear them is aboard the Riverboat Postman – the historic Hawkesbury River mail boat.

The sky is overcast as we move away from Brooklyn Public Wharf, in the charming town of Brooklyn. The Riverboat Postman is a large catamaran and tables are set with chinaware for the soon-to-be-served morning tea (with homemade Anzac biscuits).

There’s excitement aboard, as baby boomers mix with Girl Guides, all keen to discover this idyllic region.

Just 10 minutes into the trip we’re pulling up to Dangar Island, the most populated of the boat access-only settlements.

Adam Millward, a born and bred Brooklyn local, swiftly alights from the stern and hands an Australia Post package to an islander waiting on the timber wharf.

Before we know it, Adam is back on board and the Riverboat Postman is gliding past a row of private wharves jutting into the shallows, a stone’s skip from pretty moored yachts and houseboats.

Adam is in charge of the mail drops during my tour. He’s only been a river postie for a few years, but as one of the Hawkesbury’s last surviving oyster farmers, he knows these creeks, tributaries and islands well.

Adam has also worked as a carpenter and garbage collector, and today he swaps between mailman, deckhand and waiter – a true Jack of all river trades.

The Riverboat Postman started in 1910, and hopping aboard is a wonderful way to see the beauty of the region. Travelling west, we pass the sandstone pylons of the original Hawkesbury River Railway Bridge, in use at the end of the 19th century. We then head under its successor, which opened in 1946, and continue beneath the busy M1.

The riverbank is lined with beautiful orange and black sandstone, eroded into wonderful shapes by the ebb and flow of the tide. In places, twisted mangroves creep from the shore, all but masking private wharves leading from homes hidden by bush.

On our right is haunting Peat Island, once home to an asylum for alcoholics and now abandoned. With boarded-up buildings amid a tangle of overgrown vegetation, it’s an eerie place.

Even the river kids used to think so. At age 11, the Riverboat Postman skipper and Hawkesbury Cruises co-owner Justin Pigneguy would catch the school boat from his home at Sunny Corner to the now defunct Mooney Mooney Public School. When the students misbehaved, the captain would punish them by dropping them off at Peat Island.

“We’d run the gauntlet through the mental hospital ’cause all the patients were out by that time,” Justin laughs. Fortunately, there’s no need to stop today.

When we arrive, they’re waiting with a local mum and boy, who’s happy to collect the Anzac cookies Adam proffers from the boat kitchen.

We wave goodbye and make for our next port of call, Marlow Creek.

As we approach, Justin offers sage advice over the loudspeaker: “Ladies, just be warned, he’ll try to woo you ashore.”

He’s referring to Howard Johnson, who’s been living on Marlow for 40-odd years. I chat to him from the stern and he casts me a few cheeky remarks in a no-nonsense tone. Having lived at numerous settlements, there’s no doubt he’s the Lothario of the Hawkesbury.

At our final stop, a resident often greets the boat in mayoral robe, introducing himself to passengers as the Mayor of the ‘Democratic Republic of Milson’s Passage’. Unfortunately, he’s in a ‘council meeting’, but his absence fails to dampen a splendid day on the Hawkesbury.

The locals are as colourful as the mail. There are a lot of deliveries for home liquor stills, with pumpkin brandy a popular upriver creation – a remnant from the Hawkesbury’s moonshine days of the early 1900s.

Sometimes the Riverboat Postman is weighed down by 60 cases of wine, while recently a fridge was delivered to an elderly resident. It was all hands on deck to load it onto the wharf and lug it up to the woman’s home, an example of how tight-knit river folk are.

“Everyone in the pub knows each other and keeps an eye out for one another,” Justin says. “It’s a good community; I’ve lived here for around 40 years.”

With a 10-pound Pom father who was a ship’s captain, water is in Justin’s blood, and he insists that contrary to some passengers’ assumptions, river life ain’t boring. “There is never a dull moment; there’s always a scandal around this river.” 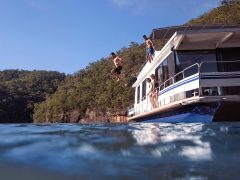 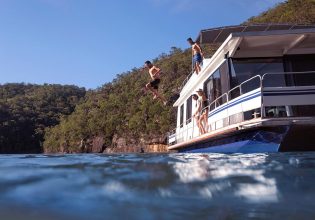 A first-timer’s guide to houseboating on the Hawkesbury

Whether you’re organising a get-together with extended family, planning a weekend getaway with a group of friends, or looking for a romantic and unc...