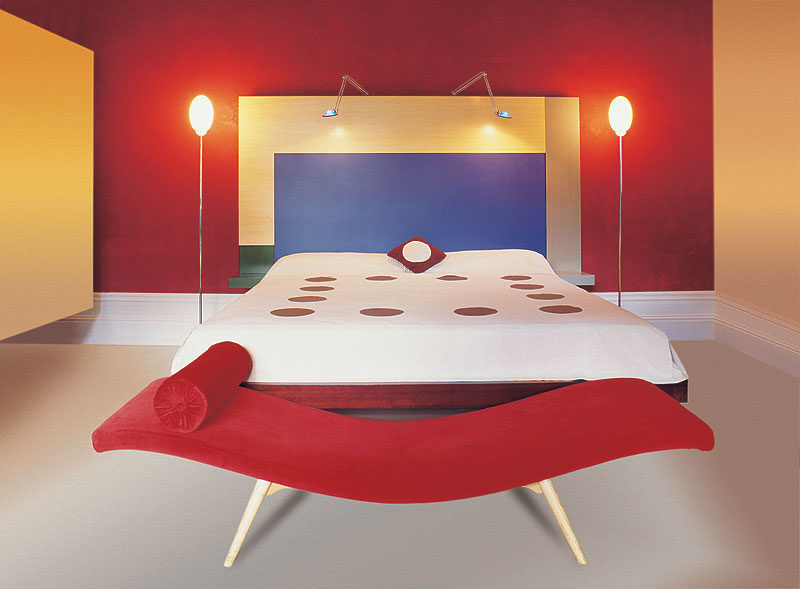 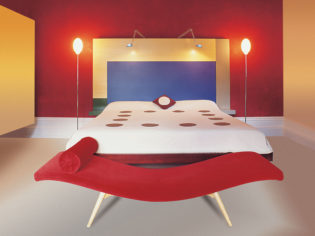 The best of NSW and ACT; boutique hotels and refurbished gems plus a few new places to stay.

Last year, AT called this “perhaps the most contentious of our ‘coming soon’ announcements”. It was certainly a long time coming and has set the bar high in terms of environmental correctness, but, after spending a night in one of the lovingly restored rooms on Manly’s North Head and taking a tour of the historic site, we think it won’t remain the haunt of ghosts alone for long. The hotel offers something quite rare in the busy harbour city: peace, quiet and the chance to get away. The tours, museum and yet-to-be-opened spa add to the appeal. Only early risers will get to see the hotel’s cute resident penguins, but everyone will love the walks around the headland. The only aspect needing a minor tweak could be the meals, we’d say.

It was a big call in last year’s issue to say that Arajilla was one of our favourite properties. But travellers fortunate enough to have stayed in the refurbed suites now understand why. Andrew Baume, 44, says that “Arajilla has wonderful accommodation” and great staff. During his visit with his family, he was most impressed when staff gave them a barbeque pack to take on their adventures around the island. “You’d open the pack and inside was a fillet of steak and kingfish. It was the most pleasant barbeque pack I’ve ever had in my life.” Arajilla’s new Ayurda Ayurvedic Spa is also receiving positive feedback, again with most comments highlighting the excellent level of staff service.

Until last year, travellers wanting to stay in a trendy, boutique-style hotel in Canberra were seriously deprived. Since the opening of Diamant, their cravings have disappeared. Travellers have applauded the modern and clean facilities, comfortable beds and friendly staff. The hotel’s restaurants and bar have also proved a hit, although AT has received comments about the restrictive size of the rooms. But we figure, given that it’s a careful and tasteful restoration of a 1920s classic, the rooms are what they are and the Diamant has done very well to use what space they have effectively. Overall, it seems the attentive staff is one of the main factors keeping the Diamant Canberra anywhere close to its five star rating.

Last year we were excited that Canberra was getting another new five-star hotel, Hotel Realm. Since then, travellers have discovered that sometimes there’s a very fine line between four and five star. Being relatively cheaper than Canberra’s first five-star hotel, the Hyatt, Realm has had quite a successful year, particularly with business travellers. Traveller Alan Kay, who has stayed at the Realm three times, says its facilities are clean, modern and comfortable. While the spacious suites, comfortable beds and everything about the gym but its opening hours impressed him, he couldn’t quite pinpoint what differentiates Realm from four-star hotels in Canberra. Maybe it’s the shaving and shoeshine kit in the bathroom that earned it the extra star?

Fresh out of the Wrapper

If you like flying Emirates, this hot new hotel (due to open late 2009) will be your ticket to cloud nine. If it’s anything like the group’s decadent Al Maha Desert Resort & Spa in Dubai, it’ll be the hottest hotel to hit the Blue Mountains since the Hydro Majestic was the place du jour. Expect excess to be taken to a whole new level. Individual temperature-controlled pools, binoculars and mountain bikes are just some of the marketing brochure’s more eccentric drawcards. And, in keeping with this year’s eco-tourism trend, Wolgan Valley will be a conservation-based resort.

The first new five star hotel to open in Sydney in a decade and the Pullman brand’s first venture into Australia, this luxury hotel’s 212 rooms are mainly geared towards business travellers. But, at a reasonably affordable price and with loads of activities available in the area (Olympic pool, golf centre, archery etc), they offer modern comfort to anyone. Built using recyclable materials and equipped with solar rooftop panels, it stands as one of Sydney’s most environmentally friendly buildings.

In this year’s hot list, we simply couldn’t go past The Ivy: suave, sexy and seductive, the poisonous inner city plant’s two new penthouses had Sydney abuzz as we went to print –even though they were kept under closely guarded wraps. Although that’s the way the exclusive hothouse flower has become so popular: it’s all in the rumours.

Which hotel doesn’t just shine in the daylight? That’s right, the Sugarloaf Point Lighthouse Cottages on the point of sleepy fishing village Seal Rocks. Views of gorgeous white sands, the sounds of crashing waves and the warming heat of an open fireplace provide a rich sensory experience, and we’re sure you’ll return home well rested after a stay in one of the three heritage-listed cottages from the 1800s. The property is self-catering but if you don’t wish to lift a finger, chefs from the local area will cook up a storm for you.

This golf and spa resort in the Central Coast’s very unglamorous Wyong is like a pair of shoes: the perfect fit for some, most uncomfortable for others. If you’re a golfer, Kooindah Waters fits snugly, like a cheaper and less showy pair of brand new Jimmy Choos. The resort and its 18-hole championship course doesn’t just cater to the weekend hacker, though: there’s a spa and pool for the widow and orphans left behind. The resort often has late availability at good rates – great for that last-minute weekend getaway. AT reckons the food is well below par, though.

You can practically smell the politics from the new Park Rooms at the Hyatt Hotel Canberra. And after a hard day on the hill, politicians and tourists alike roll down the manicured lawn straight into the hotel’s Speaker’s Corner Bar or, for a refined afternoon tea, the Tea Lounge. If you’re after five star treatment in Australia’s capital, you’ll find it right here. The elegant interior, fitness centre and new rooms reinvigorate a treasured property. If you’re like us and make the trip to Canberra to catch exhibits at the National Museum of Australia or the National Gallery, the hotel adds a little extra sheen to the politics.

Australian Hotels Association’s “Best Superior Accommodation” 2007 award winner, this Novotel has a good track record and is keen to keep it that way. The 4.5 star hotel’s major overhaul (two new storeys and major refurbs on bar, restaurant, reception and lobby) is part of a push to reposition Canberra’s centre to the west, the so-called City West Master Plan. The Novotel Canberra is poised to take prime position as the new heart of the city once all plans are in place. In the meantime, they promise to keep disruptions to a minimum during construction.

Would it be unholy of us to call the Peppers Convent hot, given it used to a home for nuns? Built in 1906, the restored classic underwent a four-month refurb, completed in February 2008, to further reflect its charming heritage and character. Its 17 guest rooms remind AT of backdrops for Marie Antoinette. Brimming with wall sashes, sheer curtains and elegant furniture, a sojourn at this heavenly hotel is like stepping into the past – except a past with sate of the art air conditioning and a slick new boardroom.

AT loves this hotel and its entrancing garden, and surely no-one would argue if we called this the hottest hotel in the Southern Highlands. Large open fireplaces ensure Milton Park remains nice and warm even in the colder months. Effortlessly elegant and sophisticated, all of the Bowral hotel’s suites are grand and their views even grander. Of course, there’s also the Carriage House as an option for large groups – essentially a house within the mansion. But the pool and day spa are what turns this stately home set on 340 acres into nothing short of magnificent.

Penthouses are supposed to be the cream of the crop. Top level for top quality. But at Bannisters they’ve been pushed aside – or below, we should say. Penthouses are so last year: “The Pinnacle” is where it’s at in 2009. And boy, Bannisters’ new premium suite is luxurious. More than twice the size of a standard penthouse, it comes with bedroom, dining room, living room, foyer, kitchen and two bathrooms. (His and hers, we wonder?) But wait, there’s more: bar, library, home cinema and steam room . . . we’ve broken into a sweat just thinking of it.

It took a while (five years) but The Kirketon has finally reopened – and it’s hoping to reclaim its mantle as one of Australia’s leading boutique hotels. AT says mission accomplished. Hotter and more affordable than before, the intimate 40-room property’s overhaul is impressive. Trendy curtains, antique-style mirrors and funky lighting (from basic lamps over down lights to the extravagant staircase chandelier) give The Kirketon a cool edge over the competition. Only moments from Oxford St and Woolloomooloo, it’s also in an ideal location for cool kids who like to play.

Some hotels spend a lot of money on their refurbs. Others, like this five star boutique hotel, are too exclusive to even put a number out there. There’s no doubt the Medusa is hot, hot, hot, and AT thinks a good make-over doesn’t necessarily mean a multimillion dollar one. The award-winning Darlinghurst hotel is indulging guests just that little bit more in 2009 with luxurious new bedspreads, beautiful new garden arrangements and, the centrepiece, a chandelier expensive enough to fund several nights stay in The Ivy’s new penthouses – and they don’t come cheap. But it’s not about the money, darling. Staying in style with some good company is more than anyone could ask for.

If you throw $20m at a hotel in Kings Cross, you’d expect to get something reasonably hot. But since this hotel’s re-opening has been delayed for a rather long while, AT wasn’t able to check out whether the 4.5 star outfit really managed to transform its rooms into the stylish funky new accommodation they claim to provide. Still, it’s a big hotel in a good location and we reckon the chances they got it wrong are fairly slim.

1. Wollongong’s red hot for hotels in 2008, and it doesn’t look as though this trend is going to abate anytime soon: a new Mantra hotel, currently under construction, will become the newest addition to the Gong’s scene soon.

2. One of our hottest additions this year was Sydney’s Storrier Hotel. AT had high hopes but Quest bought it just as we went to press, and we’ve now got a sinking feeling. Another duck dead in the water?

3. If Tabcorp’s extension plans are approved, a new five star hotel, restaurants and bars will all be part of a whopping $475m development at Star City Casino.

AT’s Top Five – not new, not refurbed, just our favourites

1. Park Hyatt Sydney // It’s expensive because, quite frankly, it’s the best Sydney has to offer.

2. Byron at Byron // A beautiful, indulgent and thoughtful development in highly sensitive surrounds. Difficult to fault.

3. Bannisters Point Lodge // Go for the infinity pool, the balcony spas and the cliff-top location in pretty Mollymook.

5. Medina at King St Wharf // Spacious and modern design close to the action without the big price tag.

Thinking of going somewhere else? Find the hotest hotels in all the other states: