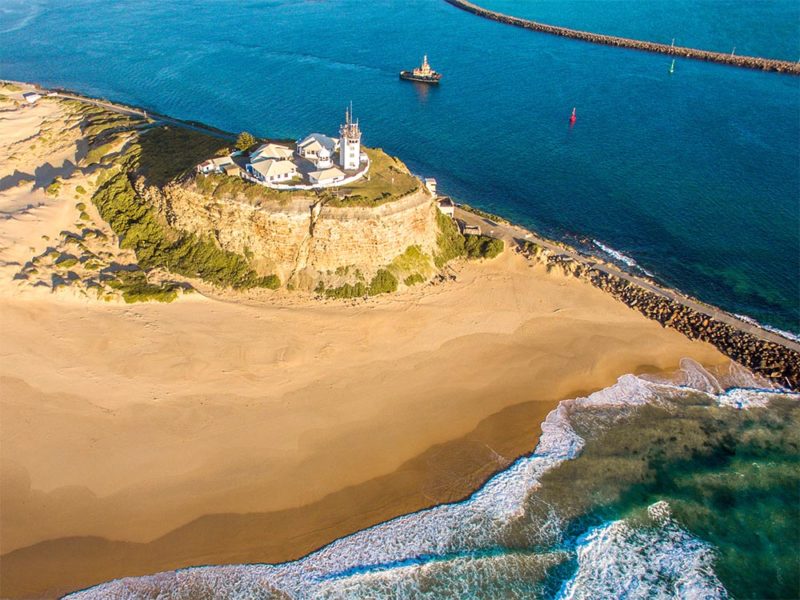 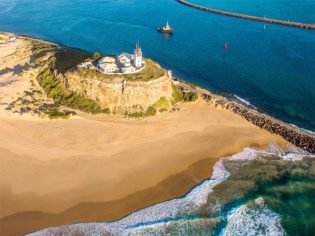 Just two hours north of Sydney, Newcastle is a city that has long been associated with two things: its history steeped in steel, shipbuilding and coal industries and its beaches, with the biggest surfing competition in the southern hemisphere shining a spotlight on its coast each year.

And while of late there’s been chatter of its growing dining scene and thriving arts and culture, it’s still not a destination high on the weekender list. Here’s why it should be.

Fringed with a stunning coastline, Newcastle is heaven for swimmers, surfers and sunbathers alike. The most popular stretches of sand include Nobbys Beach, which is home to the historic 1858 Nobbys Lighthouse and a safe spot for swimming; Newcastle Beach with its historic Art Deco ocean baths and Canoe Pool, which is perfect spot for kids to splash about in; and Merewether Beach, a famous surfing beach that also boasts beautiful ocean baths and home to surfing comp Surfest every year. You can also take a dip in the Bogey Hole, which was cut into the rocks by convicts in 1819. Known originally as Commandant’s Baths, it was constructed for the personal use of Commandant Morisset and is a popular public swimming hole today. Mereweather baths delight from every angle

2. There’s a number of spectacular walks

Occupying a six-kilometre stretch between Merewether Baths and Nobbys Beach, the self-guided Bathers Way walk takes in the best of this coastal paradise, with views of the city beaches, through King Edward Park, past the Bogey Hole and ending at Nobbys Lighthouse.

The Newcastle Memorial Walk is a 450-metre clifftop walkway built in 2015 to mark the centenary of the ANZAC landings at Gallipoli. Almost 11,000 names of local servicemen and women are inscribed into steel silhouettes of soldiers along the path. If you’re feeling energetic, continue further for another two kilometres around the foreshore to Honeysuckle, which is home to a number of harbour view restaurants and bars.

For other easy self-guided trails through the city – which highlight its charming architecture, thriving arts and culture, and intriguing history – head to the Visitors Information Centre, located at Newcastle Museum, and pick up some maps.

For more check out our best outdoor experiences in Newcastle. Peruse Newcastle Museum while you’re at it

3. Newcastle’s restaurants are next level

Newcastle is a bit of a dark horse in many ways; and its dining scene is the most surprising of all. Over the past five years or so, there has been a slow and steady influx of really great dining destinations from casual cafes such as Goodfriends Eatery with its beautiful earthy design and plant-based menu, and Praise Joe Urban Pantry where coffee is king and the sweet treats are too hard to resist, to sophisticated restaurants that favour local produce and great design, such as relaxed and refined Flotilla and industrial cool churrasco restaurant Meet.

We have a complete guide to the best restaurants and bars in Newcastle. Hip small bars are found in pockets around the city, such as cheery tiki bar Blue Kahunas, moody bolthole Koutestu, and Coal and Cedar, a charming speakeasy that also runs masterclasses in cocktails and whisky.

While Newcastle’s pub scene has undergone a huge renaissance of late with favourite watering holes such as The Criterion, The Great Northern and The Exchange all having had chic multi-million-dollar makeovers and upping the ante in the dining stakes, too.

Find out more about the best pubs, bars and breweries in Newcastle. Fun fact: there are more artists per capita in Newcastle than there are in any other Australian city. And – as a result – there is a host of art galleries, including the historic 19th century goal, which is now a multidisciplinary contemporary arts space called The Lock Up, and Newcastle Art Gallery, which houses an impressive 6500-strong collection of artworks, as well as a number of smaller independent galleries (Cooks Hill Galleries and Curve Gallery and Studios, to name a couple).

Street art is also popping up around the city, from recognised artists such as Matt Adnate and Trevor Dickinson bringing dreary corners to life with colourful murals; you can find them on this map. The Big Picture, a street art festival, is also set to come to Newcastle in October 2020. Performance art is a strong part of Newcastle’s cultural fabric, with a large number of creatives getting their start in the Steel City (Silverchair and The Screaming Jets to name just two). Aside from pubs, which regularly support local live musicians, check out The Badger’s Lair, a recently renovated venue for up-and-coming acts; Lizotte’s, which offers a dinner and show experience with well-known artists, and The Small Ballroom, a classic music space set in an atmospheric old church, hosting regular local and international musicians. The heritage-listed 1929-built Civic Theatre is an iconic performance space, with musicals, plays and concerts throughout the year. 7. Newcastle’s shopping is a delightful warren of boutique stores

A shopping jaunt in Newcastle is an exercise in restraint, for the wide range of beautiful quality and often locally made wares. Darby Street has a high concentration of boutiques including Betty Mim, which focuses on locally made fashion, jewellery and textiles; Boho Luxe Trader, a premium lifestyle store for fashion and homewares; and Abicus, a long-standing fashion store that also has a great range of CDs, records and music books.

Other places to seek out include Pappa Sven, a colourful Scandinavian homewares store and Studio Melt, a bespoke jewellery store. Boho Luxe Trader is, a premium lifestyle store for fashion and homewares

8. The Newcastle art and design market is one of the best

An absolute must for shopping is the monthly Olive Tree Markets, held at Civic Park. These premium art and design markets comprise more than 130 stalls made up of local artisans, designers and producers selling everything from handmade leather products to raw honey to locally designed swimwear. There is also a host of gourmet food trucks, live music and picnic areas set up under the leafy trees. It makes for a fun day out and supports local makers. There’s always something on at Olive Tree Markets

9. There is always something happening in Newcastle

Newcastle is a city with a busy calendar of events. There’s something for everyone – with major events such as the Coates Hire Newcastle 500 drawing in racing enthusiasts every year, and surfing pros and grommets alike ascending on Merewether Beach for Surfest, the largest surfing event in the southern hemisphere.

But lesser known events are also worth checking out. There’s a number of food and wine events including a dedicated beer festival and even a chilli festival, the annual Real Film Festival for film buffs, New Run running festival for those who love to hit the pavement and music events catering from jazz lovers to classical music. Check out the calendar here. 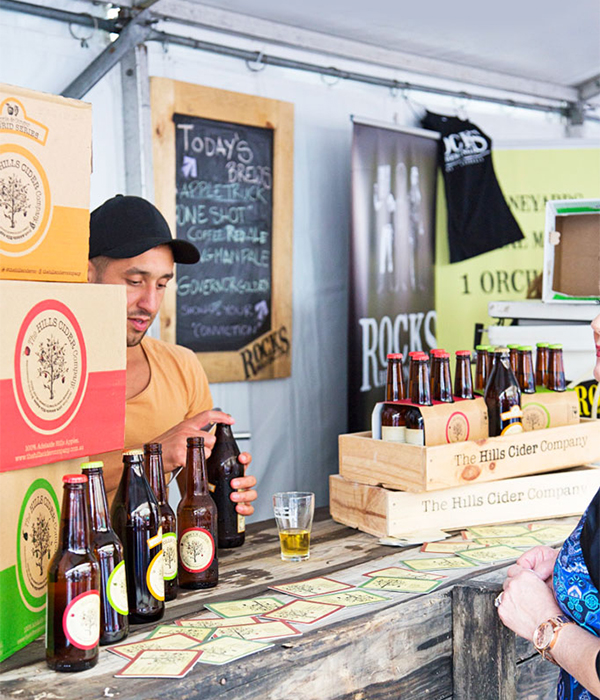 Newcastle is an outdoor city in which the whole family can spend quality time at its beautiful beaches and ocean baths, riding bikes along the foreshore, and playing in its open spaces and parks. But there’s dozens of other things to do with kids while in Newcastle such as a visit to Newcastle Museum, which has interactive exhibits for kids and a soft play area; exploring the 182 hectares of Blackbutt Reserve, home to ample local wildlife; playing mini golf, dodgem cars and arcade games at Dullboy’s Social Co; and visiting historic Fort Scratchley.

For more check out our 13 things to do in Newcastle with kids post.