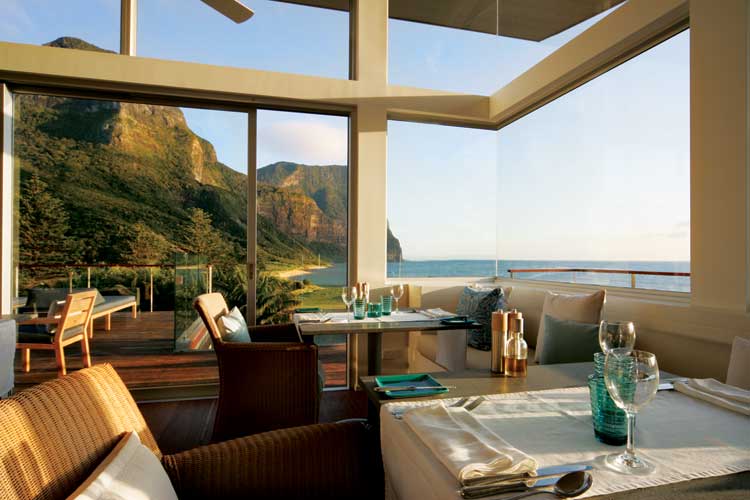 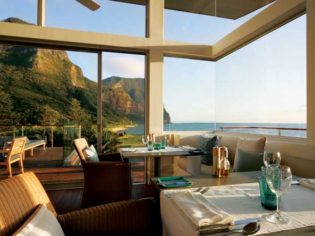 Lord Howe island – the perfect island escape, with wildlife, birdlife and everything from high-class spa treatments to low-rent beach shacks, there’s really only one way to go. Australian Traveller shows you Howe

“For newlyweds or nearly-deads.” Not exactly the catchphrase of tourism commission dreams. Lord Howe Island, a little piece of paradise off the east coast of NSW, once struggled with an image problem. Not anymore.

This slightly daggy destination has become a world-class hot spot, whatever your budget.

Visitors receive a warm welcome at the island’s tiny airport and are quickly whisked away from reality. Sunlight glimmers on the ocean, secluded beaches beckon and everything’s impossibly green.

The real world seems light years away – not two hours by plane. Others find it difficult to decide what to do first, but not me.

A spa treatment at Capella Lodge has been booked to coincide with my arrival. Soon I’m stepping into a soft robe and lying back in the subtly perfumed treatment room.

The Sacred Stone Therapy uses heated basalt stones from Lord Howe’s beaches; worn smooth by the constant pounding of the ocean, they’ve warmed me many times before. I’ve sat in the sun after a long walk to one of the island’s secluded spots and held them in my hands.

When the seas are high you can hear them clanking against each other as waves wash against towering cliffs. As the massage therapist lays them in a straight line down my back, I imagine which beach they’ve come from.

After my treatment I’m taken out to a deck overlooking a cloud-draped Mount Gower. My skin is warm and redolent with the scent of massage oil. I curl up on a daybed heaped with huge striped cushions and slowly sip herbal tea, savouring the experience and the glorious surrounds.

Capella Lodge looks truly fabulous these days, but it’s far from new. When I first visited the island in 1992 it was still one of the best places to stay: classy but not über-luxe.

Then in 2003 Capella was taken over by James Baillie and his wife Hayley, daughter of entrepreneur Dick Smith, and given a $1.5m facelift. Renovating any dwelling on the island isn’t for the fainthearted.

Freight charges often exceed the cost of materials being shipped over, plus building debris must be transported back to the mainland. It’s an expensive proposition but one that certainly paid off for Capella, which is frequently named on “best accommodation” lists around the world.

Food at Capella is seriously good and only available to in-house guests. With delights like grilled quail with prosciutto, snow peas and orecchiette pasta or poached peaches, ricotta almond and honey puffs on offer, it’s out to impress.

Portion sizes are perfect for those lounging by the plunge pool but may not suit active types who combine their pampering with the island’s more traditional pursuits.

A three-hour hike works up an appetite unlikely to be sated by an entrée that disappears in two dainty bites. Energetic souls may be wise to fortify themselves with a few of Capella’s homemade biscuits for afternoon tea.

If self-contained accommodation is more your style, Lord Howe Island’s newest is well worth a look.

Earl’s Anchorage is a collection of five bungalows surrounded by lush vegetation and linked by meandering boardwalks. It’s the epitome of low-key luxury, although the name is a puzzle until you ask around.

The late Jack Earl – legendary yachtsman, adventurer and marine artist – has long been an inspiration to John Green, the sixth generation islander who developed Earl’s Anchorage and named it after his hero.

The bungalows are positioned to ensure maximum privacy and much of the furniture has been handcrafted by renowned Tasmanian boat builder Ned Trewartha.

A stay at one of these bungalows would be perfect for families after a treat or anyone who enjoys the freedom of self-catering in luxurious surrounds. There’s also another reason to stay at Earl’s Anchorage: it’s just a short walk up the hill to one of the island’s hidden gems.

Palmsugar is a casual café run out of a house at the top of Skyline Drive. Kathy Sherwood grew up on Lord Howe then left to experience life and travel the world.

She’s since returned to open Palmsugar and make some of the best cakes you’ve ever tasted. This isn’t a fancy dining experience but it’s perhaps one of the island’s most charming. A large deck is surrounded by leafy gardens and dotted with comfy chairs.

Chooks cluck away happily behind the house as something mellow drifts out of the stereo. It’s officially table service but those in the know usually make a beeline for the table just inside the door.

There, sitting beneath heavy glass domes, are two or three enormous cakes. Often the inside of the glass is slightly foggy because they’re so fresh from the oven.

Apple pie with a sugary crust, luscious carrot cake or a hummingbird-type creation topped with baked meringue: they change every day and seem limited only by Kathy’s imagination.

Food for your soul

There’s no shortage of places to eat on Lord Howe Island but Arajilla offers delicious food in a unique location. This lodge at the northern end of the island is tucked away in a secluded spot down near Settlement Beach. The set-up here is similar to Capella in that guests enjoy meals as part of their tariff but the restaurant at Arajilla is also open to the public.

Warm browns and dark woods are brought to life by bright fuchsia feature walls and the view is reminiscent of a tropical paradise. With a warm breeze on your back, a drink in your hand and the meal ahead to look forward to, all is well with the world.

“WE’VE SOLVED ONE OF THE MAINLAND’S BIGGEST PROBLEMS, SIMPLY BECAUSE WE’VE HAD TO.”

It’s easy to understand how this magical place captured the hearts of owners Bill and Janne Shead.

They’d sailed from their Sydney home to Lord Howe for years but a trip in 1988 changed their lives forever. A well-loved but slightly rundown guesthouse was up for sale.

In a completely unplanned move, they bought it. Within six months Janne became the island’s first a la carte chef, a position she maintained for eight years – along with that of head chef, housekeeper, booking officer and everything else besides.

The restaurant rapidly became known as the premier place to eat on the island and every winter the couple worked to improve the property. For Bill’s part, he set about ensuring the environmental sustainability of Arajilla by installing probably the most sophisticated water desalinisation facility on the island. “We’ve solved one of the mainland’s biggest problems,” he says proudly, “simply because we’ve had to.”

Spring 2007 promises to be an exciting time for the resort, with the island’s only full scale spa set to open along with two fully renovated family units. Sheltered by the leafy branches of giant banyans and reached via interconnecting wooden walkways, this spot has an otherworldly, almost spiritual ambience, with the surrounding silence broken only by birdsong and softly rustling palms.

The best things in life…

Lord Howe offers myriad options when it comes to indulgence but none can match the island’s star attraction. With lush rainforest, dramatic cliffs and a shimmering lagoon, this World Heritage-listed spot is breathtaking.

The greatest treat is to relax and surrender yourself to the spectacular surrounds. Capella and Arajilla offer decadent picnics but it can be fun to while away an afternoon selecting homemade treats from the Island Co-op and other local stores – the perfect option for those on a budget.

We pass on the prepacked picnic and carefully wrap two glasses from Capella before cycling to a deserted beach. Bright purple flowers grow wild beside the crescent of white sand. Birds wheel in graceful arcs high overhead and the water looks so inviting it’s all we can do not to dive in.

Our sumptuous feast is laid out in minutes, along with a perfectly chilled bottle of wine: thanks to low turnover it’s a back vintage picked up for a song at the local liquor store. With a quiet clink of glasses we gaze out to sea and can’t help but smile.

The best things in life really are (almost) free. 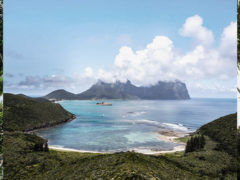 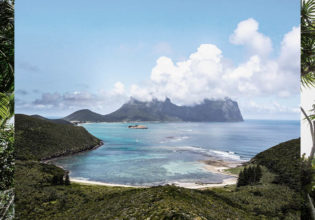 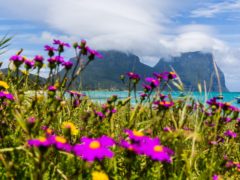 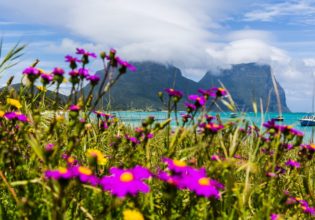 Photographer Nikki To captures Lord Howe Island at its picture-perfect (everyday) best, and tells Georgia Rickard what it’s really like at New South...