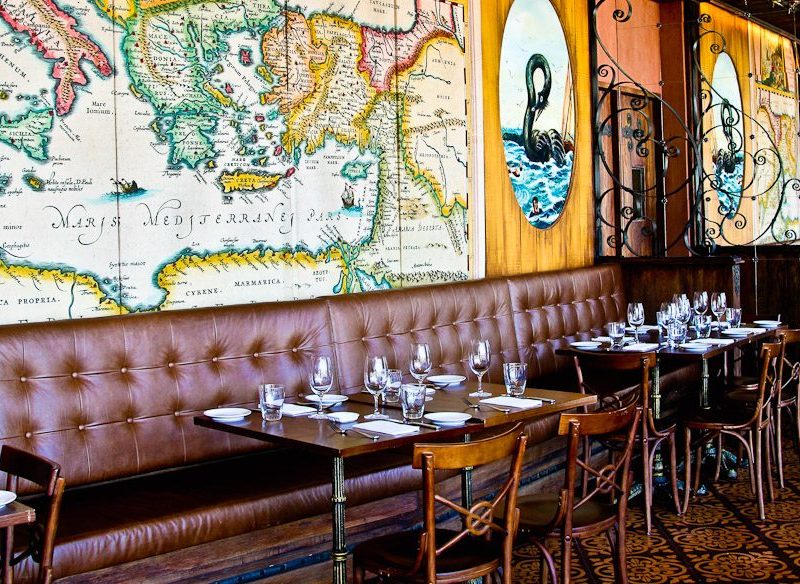 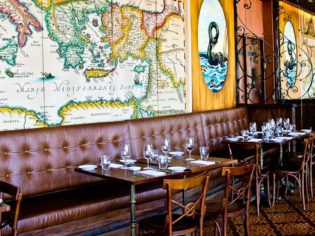 Diamond-standard food from the city of coal – no one saw this one coming.

Newcastle is in. It’s fresh. It’s hip. It’s full of surprises. More than just pristine beaches and top views, there’s been a resurrection of a different kind here.

In 2010 Lonely Planet listed Newcastle as one of the top 10 cities to visit. Then The Seattle Globalist declared it as one of the five global meccas cooler than Seattle. Just what is going on?

I’m actually in town to check out newly-relaunched Novotel Newcastle Beach (not a bad spot to stay, if you’re passing through), but after all the recent fuss made about this town, I’ve got other intentions. Locals reckon there’s a sizeable number of charming hotspots to explore, including several boutique shopping precincts and a thriving arts culture that’s influencing the way the city grooves – and I’m on a mission to see it all.

But first to food. The last few years have seen a substantial growth in cafe culture here, and the city is buzzing with new venues popping up, each one quirkier than the next. It’s all a bit overwhelming, to be honest – so my first port of call on day one is an early coffee.

Happily, that’s easy to find: Sprocket Roasters, forged in the industrial heart of Newcastle, is a mad scientist’s delight. Its team of rogue collectives (engineers, farmers, lawyers, teachers, winemakers and yoga instructors) have quit their day jobs to make coffee their lives, and it shows.

Passionate owner Ross Ciavarella is keen to explain how it all works, turning on the coffee roaster especially in time for my arrival (they usually roast once a week). The Sprocket team use a fluid bed technology for coffee roasting – meaning the massive roaster that’s onsite uses waste from the cafe as a fuel source.

How’s that for a carbon-conscious coffee? And yes, it tastes great. It’s early days, but I’m happy to declare this as one of the coffee blends in town.

After all that, I’m happy enough to head to family-run cafe One Penny Black, which has a strong focus on quality coffee (they use 100 percent fairtrade Blackstar Coffee) and daily fresh pastries. It’s easy to see why this particular spot has a fiercely loyal following: the simplicity of my sourdough, with homemade rosehip jam, Binnorie Dairy labna and a touch of cinnamon, is its own charm.

Around the corner, Good Brothers Espresso offers no-fuss cafe fare amongst recycled materials and furniture to match. Opened by the owners of other Newy favourite Suspension, Chris Johnston and Steph Whitehead use as little processed food as possible – even brewing chai lattes the proper way. Nice!

If the ‘old’ Newcastle was a rough-and-ready schooner of Carlton, its reincarnation is a boutique bottle of locally-brewed beer. And nowhere is this more apparent than in the deluxe dining arena, where several award-winners and newbies are quickly gaining a name for themselves.

Like recent newcomer Subo, headed up by former Lexus Head Chef of the year Beau and his wife Suzie Vincent. With only 24 seats and limited opening hours, you need to book ahead.

I’m hard-pressed to think of another city with so many recently-opened and exemplary foodie venues to discover – and surprisingly, a few days in Newy is not enough. From Thai to French, modern Australian to Spanish, there’s luscious dining options sprouting up all over the place.

As my time here comes to an end, I reluctantly wander along Honeysuckle Drive, a road full of suave dining venues; some so close to the water you can hear the waves lapping against the pier – like Silo.

These guys are celebrating their eighth birthday this year, thanks to a fail-safe formula of simple-but-sophisticated, but there’s nothing boring about dinner.

Their fabulously succulent seared King Island beef fillet, comes with the creamiest truffled potato puree, and if you like a drink with your meal (as I – cough – may well do), then this is the spot. There are wines and cocktails aplenty, and the beer list is massive (they won Beer & Brewer magazine’s ‘Best Beer Restaurant’ in 2010).

The following morning, I farewell Newcastle (in my stretchiest pair of pants) with a bowl of creamy polenta porridge and poached rhubarb at Merewether Surfhouse – which pays homage to iconic Sydney restaurant Icebergs. Set on the beachfront, the contemporary three-storey venue includes a kiosk, cafe, terrace bar and grill, and as good as my breakfast is, I get the feeling this’d be the ultimate spot for a sundowner; which pretty much decides it for me: I’m coming back.

Their train and coach network also connects Newcastle via Broadmeadow station to Melbourne, Brisbane, Canberra, and other NSW country centres. Newcastle Airport (Williamtown) is located 30 minutes from Newcastle city centre with daily flights to and from Sydney, Brisbane, the Gold Coast and Melbourne as well as some regional NSW centres.

Located in Newcastle’s East End metres from one of Australia’s most magnificent beaches, and is the newest hotel to arrive in Newcastle (it was re-launched on 26 July 2012). Overnight stays start from $179 per room. 5 King St, Newcastle.

Offers one- two- and three-bedroom self-serviced apartments, each with its own private balcony. Rates from $199 per room, per night. 575 Hunter St, Newcastle.

Is a warm, contemporary B&B with two double rooms, set a few streets away from Merewether Beach. Overnight stays, including breakfast, start from $190 per single.1 Rowan Crs, Merewether.