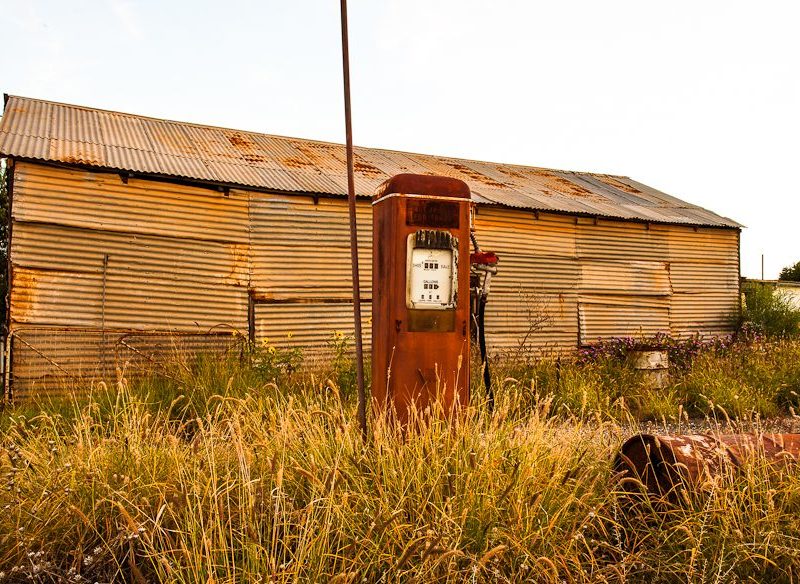 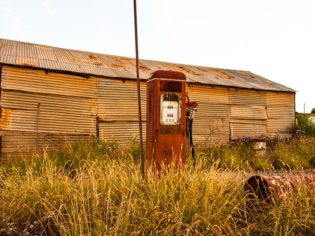 New South Wales isn’t necessarily known as an outback destination – or for its outback towns. But it should be, says Nigel Herbert – and sooner, rather than later. Here is his photographic odyssey.

I have just come back from a 2500-kilometre road trip around the NSW outback. Some of it on actual roads.

Before going into detail, here’s our must-visit NSW outback towns in a nutshell:

Of course, the adventure was beautiful. Of course, it was spectacular. And parts of it were booming. But parts were busting – or just plain busted. Which got me thinking. These country towns of ours really have been defined by their boom-bust cycles. 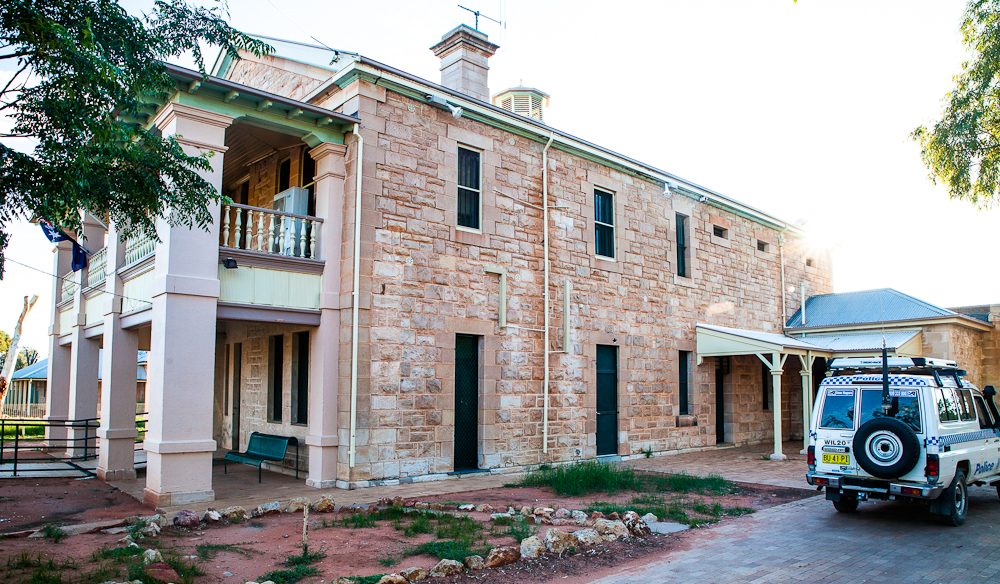 The Wilcannia Police Station was built at a time when labour was cheap. The vision was that the Darling River would become the Mississippi and WIlcannia would become one of its major ports. And it was – for about five minutes. (photo: Nigel Herbert)

In the 1880s, Wilcannia had its boom when Australians attempted to turn the Darling into the Mississippi. Earlier than that was Silverton, which arrived on the scene a scant 12 years after Burke and Wills passed through; Cobar even earlier.

And it was big news – the place even had its own stock exchange! But by 1930, the population of Cobar had all but disappeared. Now it’s booming again. But it’s all relative. 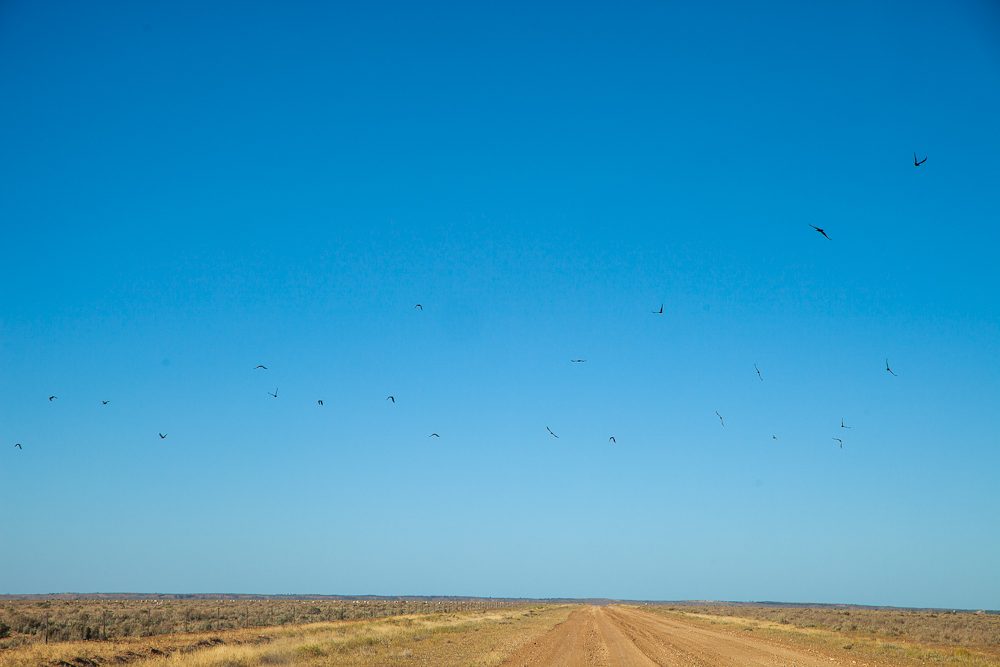 The one thing you never see dead on the road? The crow. They are way too smart for that. This murder of crows circles above the road from Lake Mungo to Ivanhoe. (Photo: Nigel Herbert)

Nymagee, Ivanhoe, Roto, Euabalong, Pooncarie. These aren’t towns that will appear on most travel itineraries. They have fallen off the map; victims of their bust cycles and captive to the tyranny of distance.

Almost without exception, these towns are more accessible than you’d expect – by no more than 100 kilometres of well maintained gravel road – but their ores have run out; the railway lines bypassed them. Now they are no more than spots on a map, with a pub and a service station. Maybe somewhere to buy food. And not all from the same store… if you’re lucky. 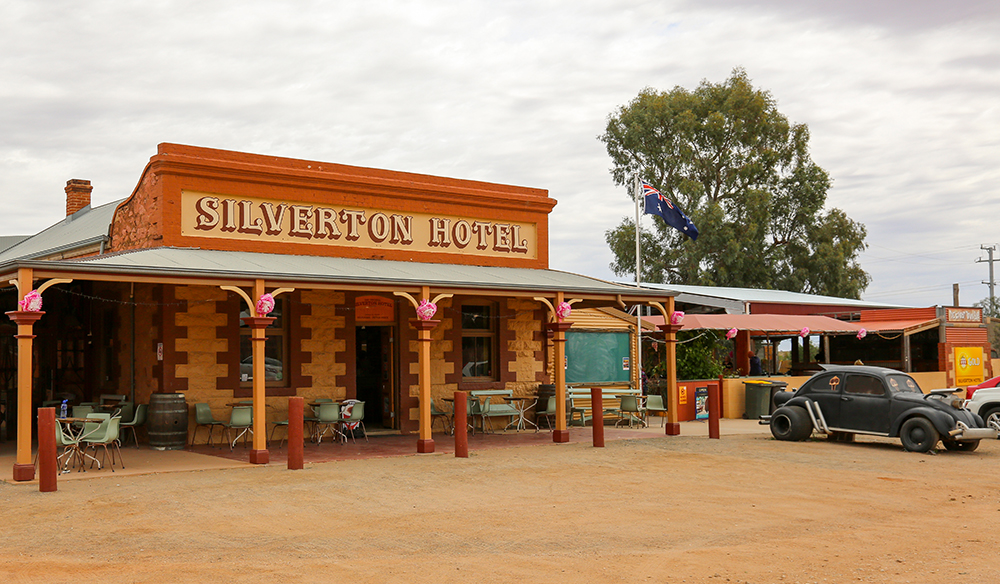 Silverton is a great example: it was once home to four breweries. Not pubs – breweries. One of them was actually Reschs. But the town itself is no more. The few buildings that remain are sturdy stone structures.

All ‘moveable’ houses were placed on sleds and dragged 26 kilometres to Broken Hill where another boom cycle was just beginning.

Still, Silverton has a booming tourist trade nowadays; the few historic buildings that remain are now art galleries and cafés. Or a Mad Max museum.

If you’ve dismissed NSW’s outback, you’ve overlooked something quite special. Here, you’ll find towns that were once seriously invested in, thanks to boons like the gold rush opulence of the 1890s, or the farming windfalls of the ’50s.

By the mid-20th century, the outback was even home to world-leading technology, thanks to Broken Hill’s Silver City Comet (‘the first air-conditioned diesel locomotive in the Empire!’). Such towns produced magnificent buildings. Sydneysiders will appreciate Wilcannia in particular, which feels like ‘Balmain on the Darling’, with its gorgeous sandstone structures. 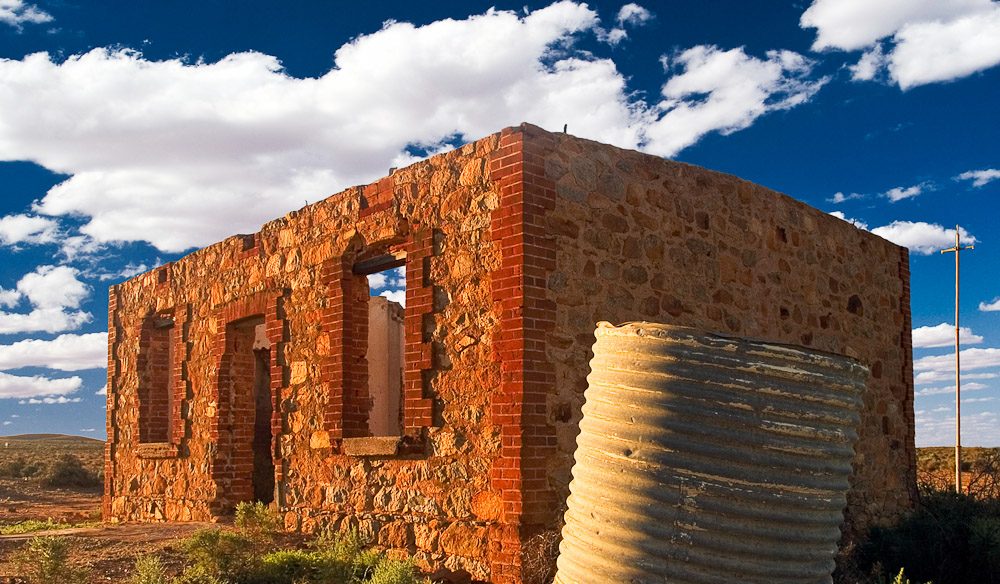 The troubling thing is that we’re undergoing another ‘boom’ at the moment – the mining boom. Indeed, every time you turn on a TV you’ll see two talking heads arguing about mining taxes and the like. But exactly what are we going to have to show for the ‘great mining boom of 2010’?

I fear, unfortunately, that rural and outback Australia are missing out. The wealth created by these mines is global shareholder wealth. The profits are for multinational organisations, nominally headquartered in Zürich (with taxes managed by a Cayman Islands holding company). (Source: beste Aktien Apps)

Sure, the workers are paid well, but where is the broader social dividend for these towns? How is the current mining boom changing the architecture of these towns (aside from what appears to be the world’s largest dirt bike store, which has sprung up in Cobar)? Where are the magnificent buildings being built with this boom money? What will the museums in these small town tell us in 50 years?

Time will tell, of course. In the interim, a trip to outback NSW tells a very compelling story, and one well worth the drive.