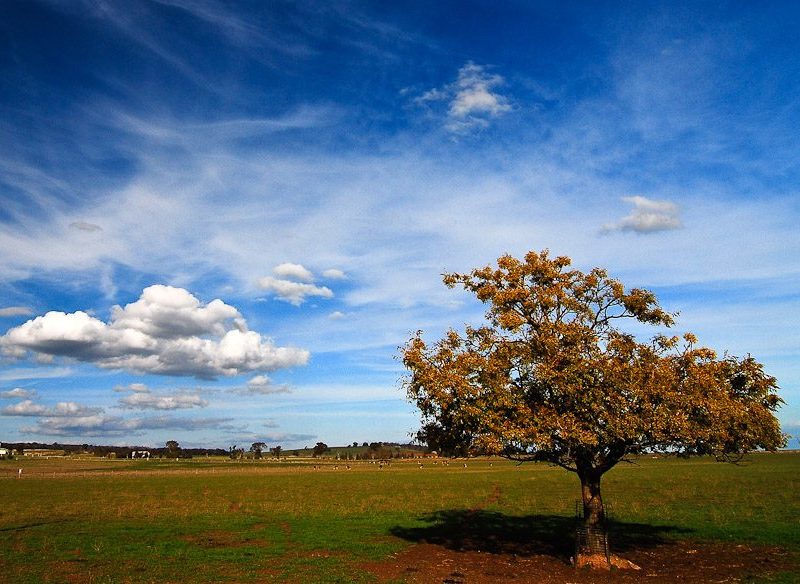 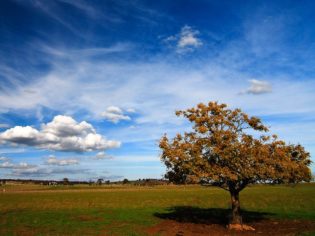 Bhutan has its Gross National Happiness index. Australia has Temora. So, after the tiny rural shire with its rich racing history and famous air show was declared “the friendliest town in NSW”, AT dispatched Mark Juddery on a secret visit to find out if the smiles are genuine . . .

From the main street, Temora looks like your typical Aussie country town with all the essentials: a statue honouring its most celebrated resident (in this case, champion pacer Paleface Adios, “The Temora Tornado”); a few bakeries; a milk bar; a Chinese restaurant; a couple of European-style cafes that serve Devonshire teas and banana cakes.

Naturally, they’re all situated in the shopfronts of quaint old buildings. But Temora has been crowned with an honour that should make it stand out from the rest: the Friendliest Town in NSW.

Okay, the prize was unofficial – but, frankly, it’s time someone was given that honour. Australian towns argue over which of them is the tidiest, the prettiest or the most historic, but they rarely ask perhaps the toughest question: Which is the friendliest?

We take pride in how friendly and likeable we are as a people, and nowhere is that more obvious than in the country towns, where “G’day” is an actual greeting and not something said as a parody or a joke.

But Australia’s friendliest town? For years, my vote went to Carnarvon, WA, where I once spent a day on a backpacking tour. Everyone I met was remarkably, memorably welcoming. With such a likeable populace, it was the kind of town I could happily visit again – except that there was nothing to see.

As I missed the morning bus tour of the banana plantations (the closest thing they had to tourism), I had nothing to do but wander the main street. Even as everyone smiled, I desperately counted down the hours before my bus arrived. Carnarvon was wonderfully friendly. But this didn’t stop it from being dull.

Is Carnarvon the friendliest place in Australia? Nobody knows, because it’s never been measured. While many towns promote their friendliness, Temora, around 420km west-southwest of Sydney, is the closest we’ve come to an actual champion.

In 2005, one of the locals (a former Sydney resident) wrote to Column 8 in the Sydney Morning Herald, insisting that this was indeed NSW’s friendliest town. The editor responded with scepticism, but others wrote in, backing him all the way.

Eventually the legend grew so palpable that an excursion was organised in which 36 curious Sydneysiders hired a bus, drove five hours to the inland town, and were treated to a guided tour. The consensus: Yes. This is NSW’s friendliest town.

How do you determine something like that? In a state full of friendly country towns, what makes Temora more welcoming than Lithgow, Bowral, or Dalgety? In fact, Dalgety is hard to beat. I was there some time ago on the day of the annual food fair.

I chatted for hours with some of the friendly locals, who shared their coffee and Kingston biscuits. They even helped me with the job I’d come to do – very kind, considering it was election day and I was there to man the opposing booth. When I took a bathroom break, they even handed out my how-to-vote cards for me. (True. I spied on them.)

Can Temora match that? I didn’t go there on election day, but – unlike the Herald’s bus tour, in which everything was planned and rehearsed – I kept my visit a secret, to see how natural their smiles really were.

It was actually my second visit. I’d passed through two years earlier with friends, filming a video diary along the way. In the short time I spent there, enjoying coffee at the English-country-style Zest cafe, I asked the obvious question: “What makes Temora the friendliest town in NSW?” Some refused to answer.

This might sound bitterly ironic, but friendly isn’t necessarily the same as extroverted, and I was pointing a video camera directly at them. “We are certainly the friendliest town!” chirped a lady at the service station. Would she say that down the lens? “I’m sure you’ll find someone,” she smiled.

Eventually I filmed someone: the mayor at the time, Nigel Judd. “We’re always trying to help people,” he said, insisting that Temora was indeed the friendliest town. “We’re out there to promote what attractions we have, and to give good service in the town when people come through.”

Another local, who’d moved from Sydney eight months previously, said Temora deserved its reputation, “because anyone will have a chat with you at any time. They open straight up to you and they accept you as soon as you move in.”

On this latest visit, I’ve come without the video camera. On Hoskins Street, the main drag, I test how many people greet me as I pass. Only a few notches on the G’day-o meter I’m afraid – but, in fairness, it’s an especially hot day. The kind when you’d rather be inside with an air-conditioner.

I return to Zest cafe for its wonderful coffee. The waitress agrees, very pleasantly, that Temora is the friendliest town in NSW, but adds: “I haven’t been to all the others.” What makes Temora stand apart? “People talk to each other,” she says. “I mean, you go to Sydney and people just walk past you.”

But surely,” I reply, “a metropolis like Sydney isn’t going to be as courteous as a country town?” I think I have a good point, and she probably agrees. She seems uneasy with this interrogation, and quickly moves away to do something else.

Apart from making friends, Temora’s main attraction is the Temora Aviation Museum, founded by Westfield heir and aerobatics champion David Lowy, which shows off three hangars of aircraft dating as far back as WWII.

Eight times a year, all of these machines take to the skies for Flying Day, a weekend event of aerobatic and handling displays that doubles the town’s usual population of 4500, bringing in scores of visitors from around Australia and even overseas, easily filling the hotel rooms and caravan parks. (Check out www.aviationmusem.com.au for exact Flying Day dates.)

Strangely, Temora might be at its friendliest when it’s overpopulated. One lady, who moved her family and her business from Deniliquin, can’t usually see what’s so extra-friendly about Temora – “Walking down the street, I don’t get that feeling” – but Flying Day is an exception. “That’s really a day when everyone just comes to chat and socialise. Everyone is best friends with everyone else.”

I don’t visit the museum on that magical day, but the staff, mostly volunteers, certainly bend over backwards to show me around. As I’m “disguised” as a regular tourist, this a good sign. I ask one of the guides the same question about Temora’s friendliness. “Oh, that was media hype,” she smiles. “Country towns in general are very friendly.”

So Temora is no better or worse than any other? She nods, somewhat vaguely, then stops suddenly – as if she’s just unwittingly revealed a terrible secret known only to the locals. Temora’s reputation has been good for their tourism. Many Sydneysiders read Column 8, but in Temora it’s a household name, a source of pride. Like the waitress, the guide rushes off to do something else.

Later, back at my motel, I chat at length with the owner – a very sociable bloke – about how much the “friendly” tag has helped tourism. “We get a few people,” he says. Then he shrugs. “It’s propaganda, really.” The next morning, he vanishes mysteriously.

No, not really. But I take his comments seriously. He was born and raised in Temora, and has lived in larger towns like Coffs Harbour and Wagga Wagga. They’re nowhere near as friendly, he says. Naturally, any Temora-sized town would be far more amicable.

The next morning, soon after I awake, I decide that I have my story. I will expose the truth about Temora. Friendliest town? Nobody even offered me their homemade jam!

But on this day, the weather is cooler. The newsagent, the guy at the petrol station and the people at the breakfast cafe demonstrate almost Carnarvon-level good cheer. Did word somehow get out that I was writing something? Has someone circulated a photo of me throughout the whole town? Or has the legendary Temora friendliness just come to the fore?

At the supermarket, a young lady with a trolley meets me, smiling sweetly. “Hello,” she says, “how are you?” I look at her, trying to remember how I might know her (did I see her yesterday?), before realising that we’ve never met. She’s just being friendly.

So, yes – on a good day Temora really can turn on the charm. Does it beat Carnarvon? Not in my books. But then, Carnarvon doesn’t have an aircraft museum, close proximity to Sydney and Canberra, or even the Zest cafe.

Friendliest town? Perhaps not. But I imagine I’ll be back here well before I ever find a reason to revisit Carnarvon.

Which do you think is the friendliest (or best) town in the country? Email editor@australiantraveller.com with your nominations for your chance to support your favourite town! Out & About: Surry Hills