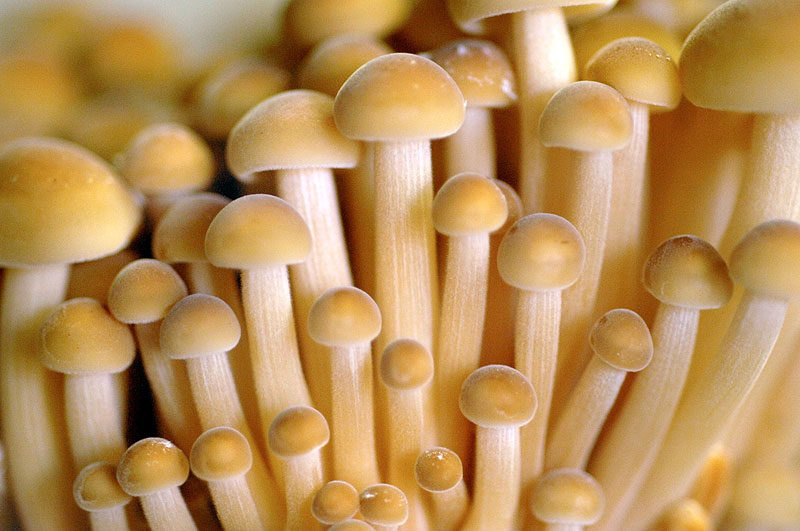 It’s damp and dark but light doesn’t just come from the end of this eerie tunnel. Strung from bags along the wall, fluorescent mushrooms provide a spotted path along what was once a railway track. Some 60m below Bowral in the NSW Southern Highlands, microbiologist Dr Noel Arrold tends to his precious fungi-filled grove.

More than 1.5 tonnes of mushroom are harvested every week from a crop that runs for 650m along the tunnel built in 1866.

Used as part of the transport link between Bowral and Mittagong up until 1919, the abandoned railway tunnel has been home to fungi for a while. Moving in 20 years ago, Arrold says the environment replicates mountainous forests in China, Japan and Korea, where mushroom colonies thrive naturally. He replaces the forest floor with sawdust to grow shitake, wood ears and six other varieties. Oyster and shimeji clusters are grown in pasteurised wheat straw.

Other mushroom producers might grow 30 tonnes a week of more commercial strains but Arrold is the country’s exotic mushroom specialist. His own fungi fertilisers have taken years to perfect but this man, mad about mushrooms, believes the effort has paid off. His loyal customers at Tetsuya’s, Billy Kwong and Quay think so too.

Maintaining the crop is a constant process, so Arrold’s family and friends sell the fungi at markets in Sydney, Canberra and Brisbane.

Where: Between Mittagong and Bowral in the NSW Southern Highlands. (02) 4871 2879, www.exoticmushrooms.com.au

Did you know: Arrold’s favourite mushroom is the chestnut; the world’s oldest species of mushroom tastes great sautéed and served with parsley and a squeeze of lemon juice on toast.