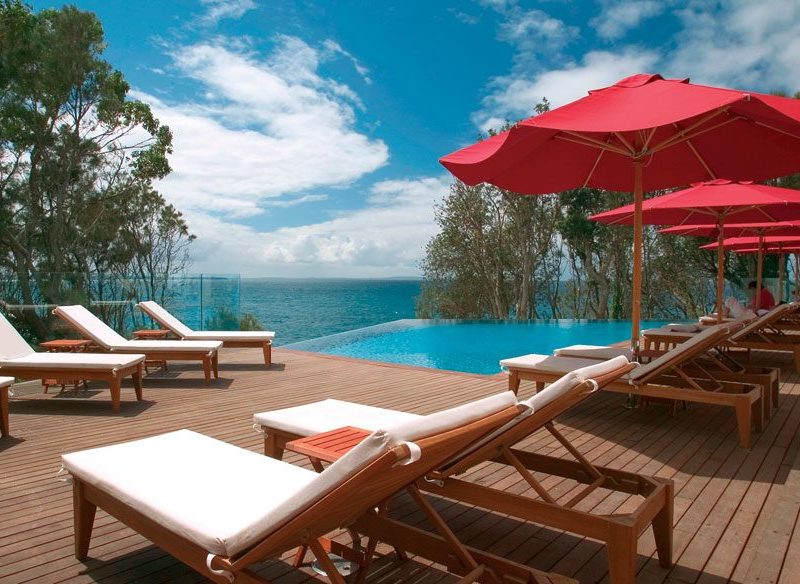 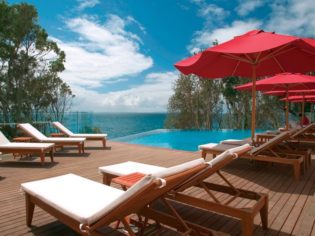 This month Vanessa Waller visits one of the South Coast’s most prestigious restaurants, but inadequate wheelchair access leaves a bad taste…

Living only an hour from Mollymook on the NSW South Coast I felt I couldn’t justify an overnight stay Bannisters, which has won numerous awards for its deluxe and luxury accommodation. I did, however, feel fine about sampling the Rick Stein at Bannisters restaurant I had heard so much about.

Bannisters began life in the 1970s as a seaside motel and has since undergone extensive upgrades and refurbishment. With the addition of Rick Stein’s enthusiastic endorsement, it is now well and truly a boutique venue. If you save your pennies and book early, you can even attend ‘An Evening with Rick Stein’ which includes a ‘dinner-party style evening’, accommodation, breakfast and a cooking demonstration at Rick’s private beach house nearby.

With our two regular fine-dining companions, my husband Glen and I set off. None of us had ever been there before so we were relying on the satellite navigation to guide us through the late autumn night. On arrival, we felt as though we may have been in the wrong place as we were surrounded by suburban homes and the small Bannisters sign at the top of an extremely steep driveway made no mention of a restaurant. We braved the driveway and met a staff member coming out of the restaurant who assured us we were in the right place and helpfully pointed out the recently renovated entrance and new ramp when he saw my wheelchair.

The ramp was fine and our table was in a good position for my wheelchair with plenty of space generally giving the whole place a pleasant, modern and open feel.

As expected, all the seafood was pretty good. I decided to take the opportunity to finally give the raw fish option a go and had the sashimi of ocean trout, tuna, swordfish and kingfish with wasabi, pickled ginger and soy dipping sauce. It was fine, but I’m not a convert and think I’ll stick to sushi in future. I was left wondering if sashimi is one of those things that only a mature and sophisticated palate can appreciate, which of course counts me out. Glen had a raviolo (yes, there was only one, albeit the size of a small entree plate) stuffed with seafood and creamy sauce and afterwards proclaimed it the pick of the night adding that he could have eaten at least ten of them it was so amazingly good. Our friends had oysters and seared scallops and puy lentils with a tomato, chilli, tarragon and chervil dressing.

For mains, two of us had Bannisters fish pie, one of us tried the very impressive shellfish platter and I had a second entree of lightly smoked ocean trout with a salad of pear, watercress, capers and a horseradish cream dressing. We also ordered a side of thick cut chips to share but unfortunately they never arrived and we had almost finished our mains before we noticed the oversight. I broke my diet and had some delicious lemon tart (without the double cream) and Glen had a nice hot chocolate fondant with vanilla ice cream. Apart from the missing chips, the service was extremely good.

I had heard from a few people that the food was great but a little expensive. As everyone’s idea of expensive is different, I’ll give you our total for the evening so that you can make up your own mind. The four of us had a bottle of wine, two glasses of champagne, a beer and a soft drink along with five entrees, three mains and two desserts which came to a total of $400.

And now to the wheelie part of this review. Restaurants catering for wheelies really only have a few extras to provide: access into the restaurant, space for wheelchairs at the tables, and an accessible toilet. On this third point, Rick Stein at Bannisters failed monumentally as there was no accessible toilet at all! With Glen’s help and some very awkward manoeuvring, I managed in one of the two ladies stalls but it wasn’t easy.

When I asked about it, they said that the restaurant didn’t have an accessible toilet but some of the hotel’s rooms did; perhaps they were expecting that wheelie hotel guests would be happy to share their toilet with wheelie restaurant patrons. What a crying shame that no-one thought to add an accessible toilet while they were undertaking the renovations which were completed just weeks before we went for dinner.

I think if I ever go back I’d opt for lunch; not only is it a little cheaper but I expect I would at least catch a glimpse of the ocean and feel less like I was having a great seafood dinner in a fairly ordinary suburb. Oh, and I’m sure it would be easier to locate an accessible toilet in a nearby public park during the day! 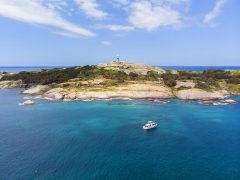 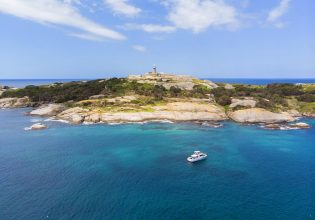 The NSW South Coast is brimming with secret pockets of adventure and relaxation. Here are a bucket list load of tips to make you feel like a South Coa...