Stop off at the Berry Sourdough Bakery & Cafe 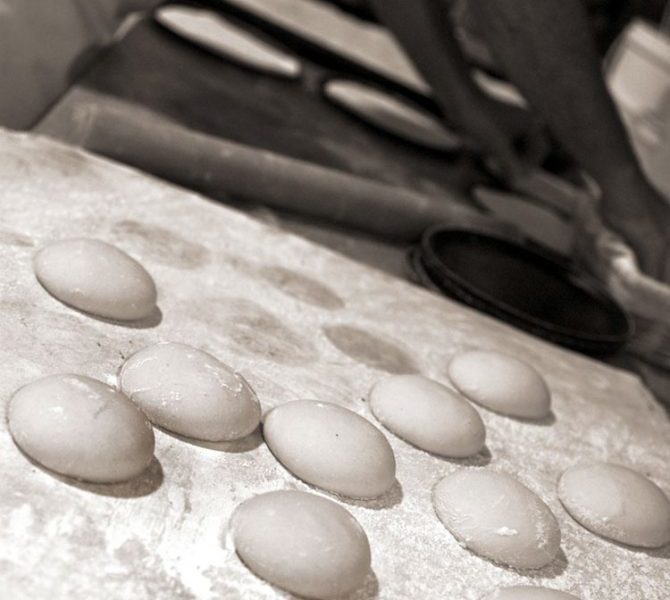 Experience No.034 in Australian Traveller’s 100 Greatest Australian Gourmet Experiences
The ingredients are perfect: a beautifully renovated bakery in a bucolic country town; an Alan Scott oven; a mad keen baker; his brother and a Japanese, French-trained pastry chef. The pastries are seriously sumptuous and the bread needs to be eaten to be believed. Touted as the best regional cafe in the state and country, the Berry Sourdough Bakery & Cafe is not only rewarding for the baking brothers but the region as a whole.

Joost the baker and his brother Jelle began the bakery because they were “sick of the crappy white fluffy stuff” and hoped that others, like them, “just wanted a decent loaf of bread.”

When the cafe opened on the verdant, dairy farm-rich south coast of NSW in 2003, it marked the evolution of Berry from doilies, scones and a promenade of the homeware shops to a more refined, confident and upmarket country manor destination.

Joost the baker and his brother Jelle began the bakery because they were “sick of the crappy white fluffy stuff” and hoped that others, like them, “just wanted a decent loaf of bread.” The addition of Fumico (their Japanese, French-trained pastry chef) has the country weekender customers drooling. The croissants are said to be the greatest in the country.

The cafe is a startling whitewashed building with a lovely umbrella shaded verandah and a bustling bakery/eatery inside. Sitting on the verandah with a fantastic coffee, amazing pastry or brunch among the lingering smells of a great bake is a weekend paper-reading session that delivers.

It’s the ultimate in fine relaxed country breakfast and lunching, and it’s not open for dinner (it is a bakery after all). Driving through Berry without stopping for a coffee and a treat is like a vegetarian eating at Rockpool Bar & Grill – a waste of everyone’s time.

Did you know: Australian Alan Scott is recognised as the world’s master oven builder. The New York Times obituary 5 Feb 2009 stated his revolutionary designs allowed “bakers to turn out bread with luxuriously moist interiors and crisp crusts.” Not surprising, then, that his ovens turn up in situ at many of our 100 Greatest Gourmet Experiences.