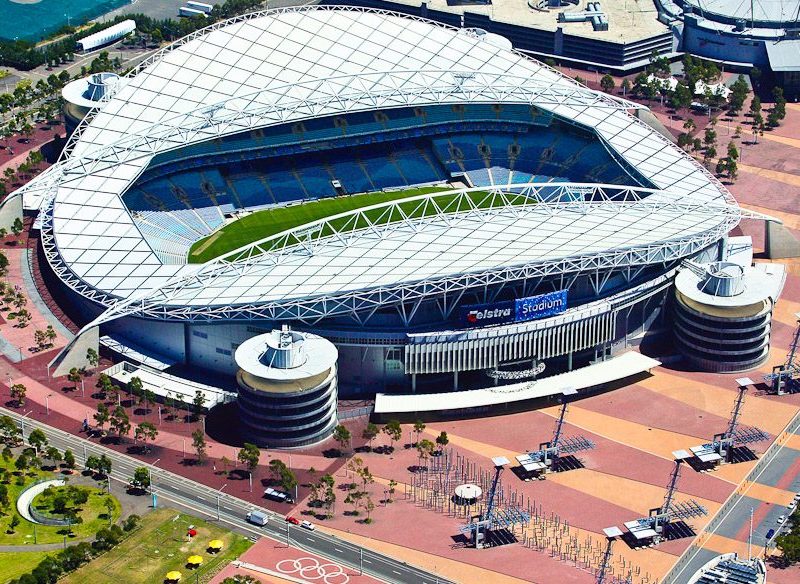 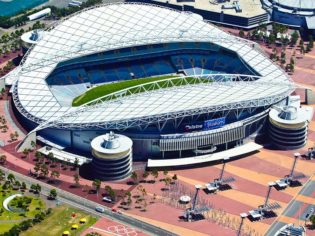 Best known would be Olympic Stadium, where Cathy Freeman famously won her gold medal, Johnny Wilkinson dropped a field goal to break Australia’s hearts in the 2003 Rugby World Cup Final, and where more recently the Socceroos finally qualified for the World Cup again.

But the park boasts much more than what is now called Telstra Stadium. It plays host to more than 40 sports each year, has dedicated facilities for many sports, including archery, athletics, swimming (the Aquatic Centre still brands itself the World’s Fastest Pool), hockey, golf, tennis and the Sydney SuperDome, which houses numerous sports, including basketball.

“An important spot to visit, if only to wander around and soak up – again – the fact that Australia staged the greatest Games ever.”
– Johanna Griggs

Several tours help relive the 2000 Olympics, show you around the stadia, and eight parks help you unwind after all the excitement.

Did you know? // The stadium hosted arguably the “greatest ever Rugby Union match” between Australia and New Zealand before a world-record crowd of 109,874 in 2000.

How to get there // Qantas and Virgin Blue have regular flights to Sydney from most major cities in Australia.