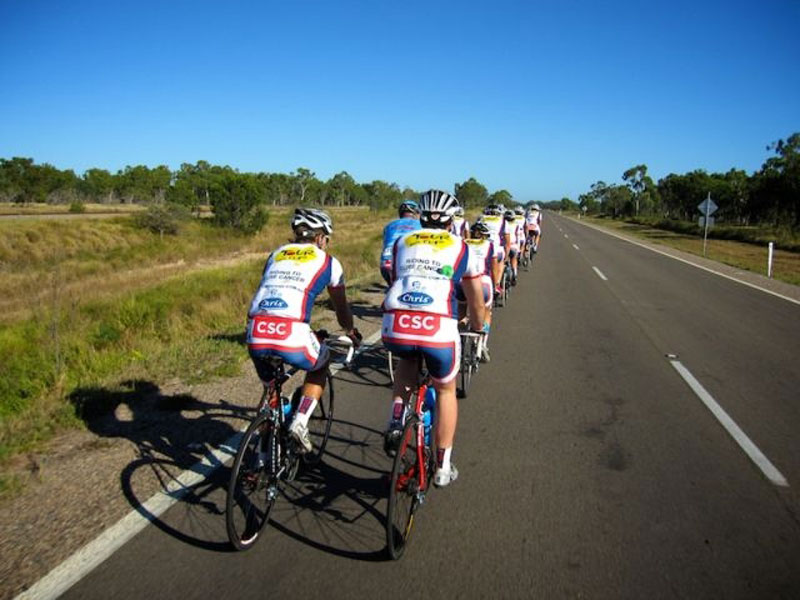 After raising over $2 million, Tour de Cure, the annual charity bike race, will pedal its way from Sydney to the Sunshine Coast on Friday, May 7 to gain a further $1 Million in the battle against cancer. By Liz Schaffer

More than 90 Australian volunteers, aged from 21 to 55 and hailing from all corners of the continent, are cycling the 1,400 kilometers over ten exhausting days. Hopefully the knowledge that their efforts go towards cancer prevention, treatment and support, provided by commendable organisations including Camp Quality, the Cancer Council and the National Breast Cancer Foundation, (along with a dose of tiger balm) will combat the pain.

Cyclists each commit to raising $10,000 in sponsorship but also leave families and jobs to ride and complete the necessary training. Together with their support teams they encouraging those living with cancer, give hope to those who may come across it in the future and take a message of fitness and wellbeing to the community.

However, riders are not the only ones contributing to the cause. As well as being much appreciated water breaks the towns lining the route host a series of local fundraising and educational events and activities, proving that every little bit helps!

Among the cycling bankers, artists, students and paramedics is Seven’s Sunrise Sports Anchor Mark Baretta who is “excited but slightly nervous about the challenge.”

Like many cyclists he overcomes the daunting distances and fear of lycra with the knowledge that “it’s a tiny bit of suffering to … help find a cure for cancer”.

Tour de Cure co-founder Gary Bertwistle, who developed the concept in 2007 over coffee with a fellow cycling enthusiast, says “The Tour de Cure is a personal journey for many of our team members, some of whom have lost a family member or friend from the disease, while others have triumphed over cancer themselves.” Bertwistle’s own father was treated for prostate cancer last year.

It’s alarming to thing that as a leading cause of death in Australia, cancer is expected to take the lives of 42,000 Australians in 2010. Getting behind these cyclists and their cause may just be what we need to combat these figures.