Before It's Too Late: Grey Nurse Sharks 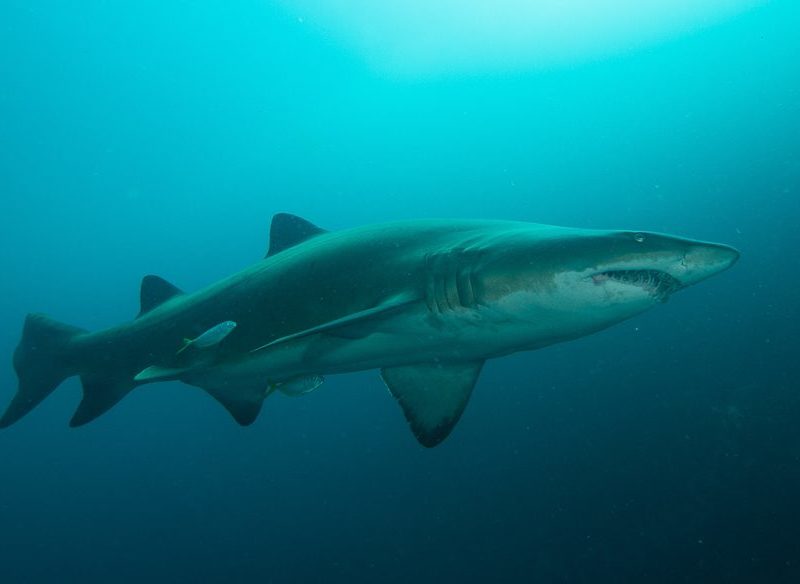 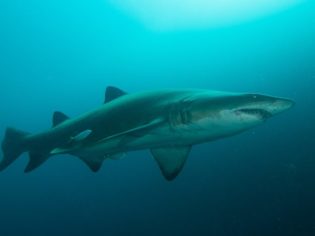 Fearsome they may seem, but these docile denizens of the deep may be swimming their way to extinction in your lifetime. By Sonja Kaute

In terms of cutesy appeal, the jagged teeth, hunched back and slit eyes don’t do any favours for the Grey Nurse Shark. Most would choose to stay well away from this seemingly ferocious fella. But, stunningly, the Grey Nurse is one of the most docile shark species on Earth, often referred to as the Labrador of the sea. They’ve never attacked humans, which is surprising since they prefer shallow, protected waters close to the shore. Sadly, the Grey Nurse is also one of the most threatened marine species in the world, with less than 500 found off our country’s east coast. One of the major threats is line fishing: sharks rip bait from the line and swallow the hooks, causing septicaemia and a slow death.

The only way to ensure the sharks’ survival is by protecting their known territorial sites. In Queensland, only certain areas are protected from fishing, and it’s a lot worse in NSW; the government’s protection attempts have left conservationists disappointed. While fishing restrictions have been imposed on 12 of the known habitats, these restrictions haven’t benefited the survival of the Grey Nurse. Fishing continues apace and even though boats can’t anchor by law in the fishing zones, fisherman drift along, still catching the attention of the sharks (bait will be bait), and so hooks continue to decimate the species. The population has continued to shrink and will do so despite protection efforts of the Fisheries Legislation.

It’s believed the shark will be extinct within the next decade. Major safeguard areas, which conservationists are appealing to the government to protect through the ban of line fishing, include Bateman’s Bay, Port Stephens, Long Reef and South West Rocks. Grey Nurses hover in regular regions for mating, feeding and pupping so absolute protection in these areas would save many lives.

Thankfully there’s an uplifting side to the story: Sydney’s Oceanworld Manly has twice managed to successfully breed Grey Nurse Sharks, one of three aquariums worldwide to have achieved this. For more info, check out WWF Australia (www.wwf.org.au), Australian Marine Conservation Society (www.amcs.org.au)