BridgeClimb Sydney: the twilight of your life? 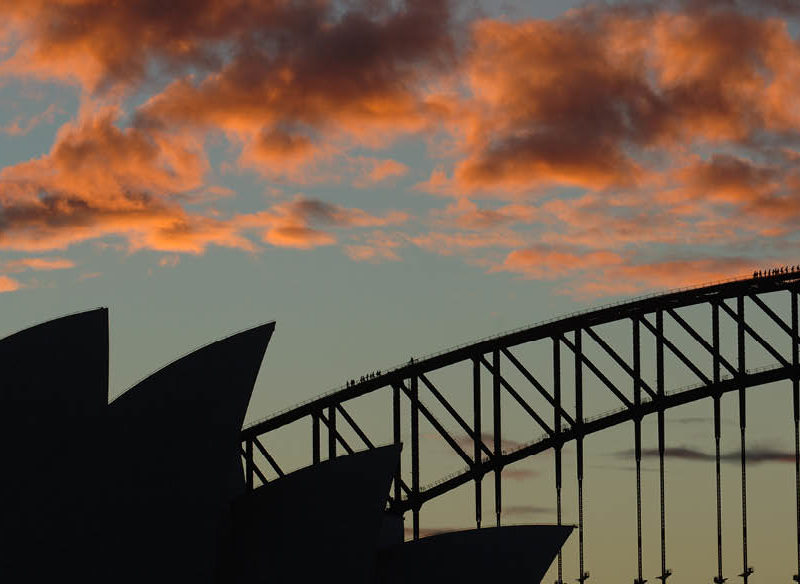 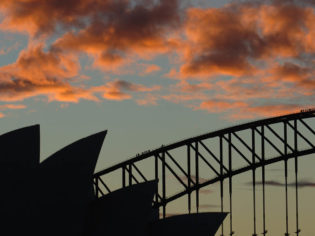 Steve Madgwick scales Sydney’s famous steel arch to appreciate the city in a new light. Is BridgeClimb Sydney the twilight of your life?

No matter how long you’ve lived in or how many times you’ve visited a city you won’t truly get to know it, understand it, until you’ve soared above it.

I have lived much of my life in Sydney, but recently I saw ‘my city’ for the first time, with the innocent eyes of a giddy child.

“Which way’s your house?” asks out-of-towner Marcus. I assertively point towards the Inner West, as if I’m the tour guide.

A gentle hand from behind corrects my trajectory ever so gently, panning my arm around a few degrees, just beyond the Anzac Bridge, a golden-hour luminosity sticking to its commanding angles like a supernatural coat of paint.

BridgeClimb Sydney guide ‘Tash would know Sydney’s geography better than most. She humbly helps me get my bearings, pointing out things I didn’t realise would reveal themselves so profoundly at twilight; a sliver of silver aura tracing the darkening Blue Mountains at one extreme, an astonishing breadth of Sydney’s curvaceous heads to the other.

The sights from the pinnacle of the city-defining arch get all the press, but the journey is as good as the destination. Slowly, stage by stage, candid glimpses of a Sydney you’ve never seen or noticed before put up their hands.

The immovable concrete arch, where climbers suit up and receive their safety indoctrination, hints at a less complicated time in this city’s storyline. Huge vertical fans thrust a fresh breeze at the nervous among the group. It feels like I’m getting on an airplane to a new alluring city as I walk through the numbered doors.

Under the road deck, the bridge’s gritty internals are purposeful and dramatic; a north-bound train above soundtracks the almost subterranean spectacle with a cacophony that plays like a military tattoo.

I wind around secret-cave-like passages, ducking my head, shifting my weight. The dusky blue-rinse sunset reveals itself piecemeal, before steep ladders deliver me to road level.

At the east arch’s genesis, the group pauses to reflect on the inner harbour below. Strangely, it’s not the Opera House that steals my attention, but the toy-like ferries directly below, their public-amenities yellows and greens a steadfast fixture in both Sydney’s colour palette and persona.

The arch’s mild gradient is another element I’ve misjudged; I’d convinced myself I would be sweating like a racehorse, but now I barely glisten.

Marcus and I pull a series of ridiculous faces for the traditional arch-apex photo, and then play even sillier buggers as Tash shoots a quick video; we point out Fort Denison like royalty spotting a lion on safari for the first time.

And why not? I feel I know my city a whole lot better now; from atop the arch it feels lighter, less serious, pleading to be explored and re-explored, in a way that flying over it or seeing it from high up a glass-enclosed building ever has.

The one thing I cannot come to terms with is that it’s taken me this long to scale the mightiest Sydneysider of all. 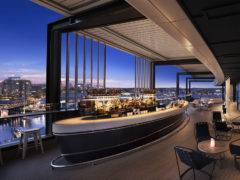 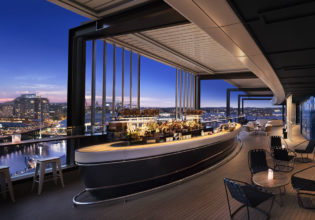 Make the most of Sydney’s harbour life in the elegant surrounds of Hyatt Regency Sydney for connection, culture... and cocktails. (more…)...