Go iconic at Guillaume at Bennelong 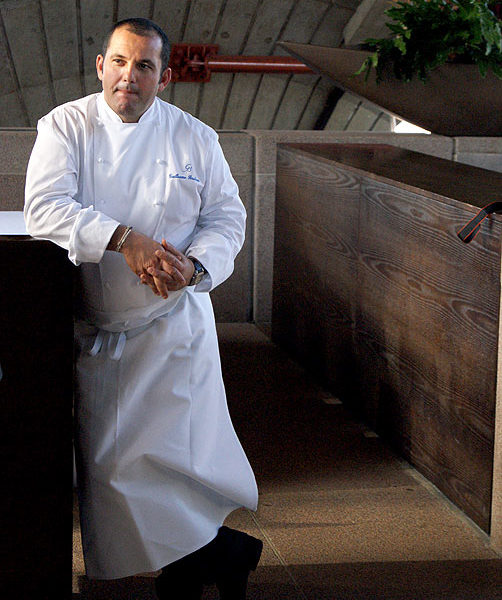 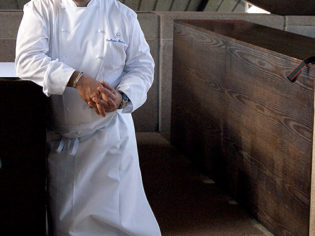 To sit and experience elegant fine dining, tucked inside a vaulted sail of one of the world’s most famous buildings, is an unforgettable gourmet experience of the highest order.

For visitors to Sydney, or indeed Australia, dining at Guillaume’s has become every bit as iconic an experience as attending the opera under Sydney’s famous white sails.

This famous restaurant’s namesake, Guillaume Brahimi, is himself a gentle giant of a man, one who might appear more comfortable charging the field adorned in the blue-blanc-rouge of a French rugby forward than in the double-breasted whites of a supremely skilled chef de cuisine. Born in Paris, he advanced to sous chef level before arriving in Australia, where he opened the popular Pond in Kings Cross. He then ran the original Bilson’s in Circular Quay (now Quay restaurant), before securing the contract for the old Bennelong site at the Sydney Opera House in 2001, creating Guillaume at Bennelong.

His menu strives to lend a little French decadence to the freshness of Australian produce and the inventiveness of our modern cuisine – with plenty of surprises along the way. Alongside rich truffles and duck parfait you might easily find Moreton Bay Bugs and a Tasmanian beef tenderloin. And then there’s his famous Paris mash, very nearly worth the journey alone.

After achieving a galactic three chefs hats rating in 2006 and 2007, Guillaume’s Sydney star dimmed somewhat, returning to two hat status – which remains streets ahead of the majority of fine dining establishments. For visitors to Sydney, or indeed Australia, dining at Guillaume’s has become every bit as iconic an experience as attending the opera under Sydney’s famous white sails.

Did you know: Guillaume must have a knack for associating himself with internationally renowned landmarks. While cutting his teeth as a young chef de partie in France, he worked at the three-star Michelin restaurant La Tour d’Argent, a stone’s throw from Notre Dame Cathedral.