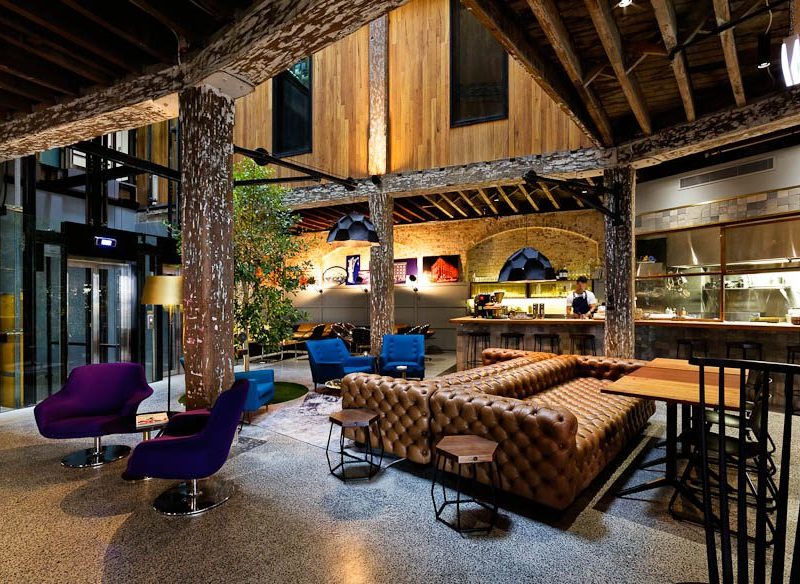 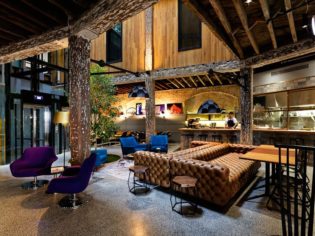 Hotels aren’t usually quick to admit their rooms are the size of a shoebox, except for Sydney’s new boutique 1888 Hotel. Megan Arkinstall has been waiting to test it out

The personalised note that waits on the desk in our room sums it up… Dear Megan, The team and I are so excited that you finally made it to 1888 Hotel!

The newest property of the boutique 8Hotels group, located in Sydney’s heritage Pyrmont area, was originally meant to open in April 2013. But construction delays pushed it back… and then back again. Having booked my room – a 15-metre-squared cupboard of a room, aptly called The Shoebox – sometime back in March, I patiently waited three months for my stay. Now I’ve finally made it… but something is amiss. The room I’ve entered is spacious.

Being an anonymous reviewer, it seems best not to complain about the spaciousness of the room – that would seem very odd. However, I do enquire with reservations and am told that because my stay was delayed, they’ve upgraded my husband and I to a King Room – plus the night was already offered to us free of charge when our booking date was postponed. Nice one! And so, I take off my Shoebox reviewer’s hat and settle in to my not-so-boxy King Room.

The $30 million redevelopment of the 1888 building has brought it into the 21st century with a stylish and urban vibe, yet cleverly pays homage to its 19th-century heritage.

In our room, and throughout the hotel, run exposed original brick walls, white-washed wooden beams and lovely high ceilings. The desk – on which my welcome note sits – is made from beautifully restored, repurposed iron bark, which was also saved from the original building. Bright artwork brings some colour into the otherwise neutral toned room, which also sports mod-cons like a plasma TV and iPad loaded with useful information about the hotel and the local area. Not bad for a ‘budget’ city option.

Our large floor-to-ceiling window has a view of the light-filled atrium that descends to the lobby, but also to other rooms… and to other guests, also looking out their windows. A clever way to utilise space in a building that wasn’t able to be altered too much due to its heritage status, but as a result our curtain spends most of its time drawn.

If you’re a private kind of person, a room with an exterior outlook is probably the way to go.
Once freshened up, we decide it’s imperative to return to the lobby bar/eatery area and order the cheese platter we spotted other guests having – and salivated over – whilst checking in. Naturally, the Australian Cheese Board ($21) calls for an accompaniment or two, and after recommendations from the knowledgeable waiter, a glass of Head Red GSM ($11) and a Hoochery Ord River Rum ($9) arrive.

“The waiter said it was unique,” my husband protests. Any excuse.

We relax into two bright purple arm chairs and soak up our surroundings. It’s an interesting space: one corner of the bar is adorned in colourful vintage signs and historical images of the 1888 Hotel building when it was used as a wool store; there is a tree in the middle with faux grass around its base; and overall there is a mod-industrial feel with dim lights, polished concrete floors and steel beams throughout.

When it arrives, we devour our cheese platter. Who can resist aged cheddar, triple cream and washed rind served with onion and quince jam, warm bread, sliced pear and lavash crackers? Clearly not us.

The hotel eatery is not open for dinner yet so we mosey into Darling Harbour to join the hordes of tourists. 1888 Hotel is only a few minutes away by foot but you wouldn’t really know it – the hotel itself seems to have escaped the touristy vibe most flashy hotels have been hit with in the area. So, although it’s conveniently close, you’re not thrown in the middle of it either.

The next morning, our lazy lie-in on our (large and comfy – tick) bed is interrupted by a fire alarm. Whilst awaiting further instructions, I imagine having to congregate downstairs in my pyjamas and puffy eyes. Fortunately, this never happens – it’s a false alarm – but thanks to the fire bell my plans for a long morning shower have been waylaid – there’s no hot water! (Though I can vouch for the deliciousness of the rain shower head from my long soak the night before.)

We move back downstairs to the bar/eatery for breakfast. It’s a small space, with around 12 tables; most of which have not yet been cleared from previous guests. We choose one that is the furthest away from the rest of the guests, but the chef (who’s doubling as a waiter) has other ideas for us.

“You want to sit here instead?” he strongly advises more than asks, gesturing to another table that he’s just cleared in the middle of the other breakfasters. After we reluctantly move, he clears the table we were sitting at and another guest occupies it within minutes. The chef then returns to his usual duties in the kitchen, and the actual waiter greets us at our table apologising for the awkward service – apparently the fire alarm caused some havoc.

He takes our order. There is a choice of an $18 continental buffet or made-to-order hot breakfast.We have almost finished our second set of drinks when our breakfast makes an appearance. Thankfully, the Vegetarian Breakfast ($18) and the 1888 Breakfast ($18) are both well-sized and made up of delicious and flavoursome fresh produce – overall a hearty breakfast that satisfies and alleviates our initial grievances.

When we settle our bill at check-out, the staff has, once again, recognised the hotel’s shortcomings and offer us 50% off our breakfast. We happily accept and – with full stomachs – understand that after only two weeks of trading, there are bound to be some teething problems.

Before I hand in our keys though, I have one last request: I’m going to see that Shoebox.

And yes, it lives up to its name. There’s no forgoing any amenities of the other rooms, which is a surprise, but it is definitely cosy. The queen bed greets us as soon as we open the door. In fact, kudos for getting a queen bed in there; it would have been no easy ah, feet.

Is this the way of the future? I hope not. The Shoebox does look like a great option for a night or two, if you’re after somewhere affordable and not planning to spend a lot of time in your room. But I’m afraid it didn’t fit me after all. I reckon after one night, the novelty of The Shoebox would probably wear off and the effects of the tight squeeze would probably rear its ugly head.

For anything longer, the additional $40 a night for a King Room is definitely a better fit for this ugly stepsister.

The verdict: The hotel is in its early opening stages, which was obvious during our stay, but the staff is quick to admit it and rectify the issues immediately. Once it gets its groove, 1888 Hotel will be a great option for a stylish yet affordable inner-Sydney hotel.

We rated: The design of the rooms channelled the building’s 1888 charm with a chic and contemporary feel tied in nicely. Plus the reception staff uniforms – denim shirts and converse sneakers; very cool.

We hated: The breakfast service was a little rocky to begin with but the food made up for it.

Notes: We stayed in a King Room; from $199 a night. Room types range from the itsy bitsy Shoebox up to a spacious 47 square-metre Attic. Until 30 September, the hotel is offering a Picture Perfect Package including one night in a King Room, an antipasto plate with two glasses of wine and breakfast from $239 per night.