MISCONF Redis is configured to save RDB snapshots, but it is currently not able to persist on disk. Commands that may modify the data set are disabled, because this instance is configured to report errors during writes if RDB snapshotting fails (stop-writes-on-bgsave-error option). Please check the Redis logs for details about the RDB error.REDIS ERROR Our journey to find mindfulness in two days at Billabong retreat | Australian Traveller

Journey to find mindfulness in 2 days at Billabong retreat 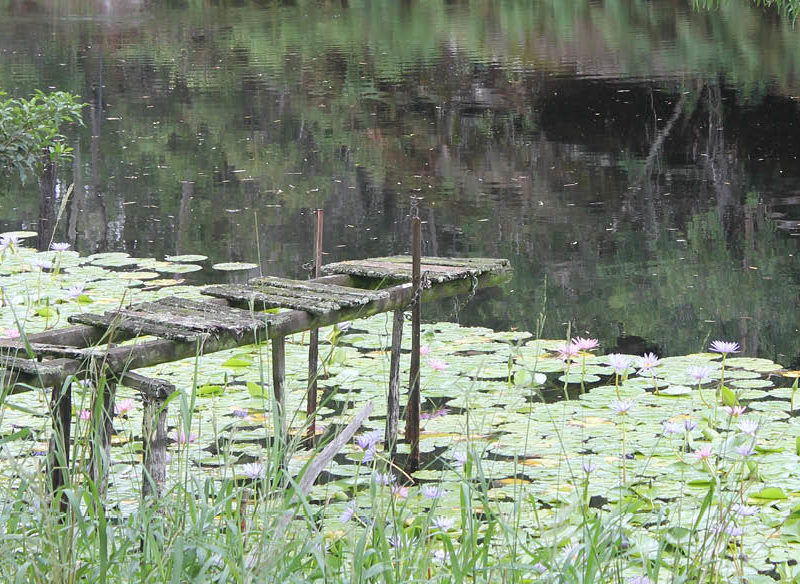 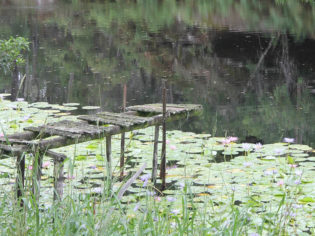 Is it possible to find mindfulness in just two days? Lara Picone puts her busy brain through its paces at Billabong Retreat.

My brain refuses to get on board with the idea of meditation. My mind is great at being full, but there’s no mindfulness happening up there. I’m the type of yoga-goer who doesn’t join in the communal ‘om’ chant at the end of class, peeks when told to close their eyes in order to fully relish a contorted pose, and who is thinking about the best way to sear the fat on a sirloin in 30 minutes’ time when I’m released from the agonising pursuit of inner peace.

I wasn’t always like this. I could tell you the name of every crystal when I was a kid, and a purple dream catcher that hung above my bed was among my most prized possessions. But somewhere between adolescence and adulthood, I stopped placing a piece of quartz on my forehead to get rid of a headache and started taking Panadol. My descent from mindfulness accelerated as I ploughed through my twenties and, now in my thirties, the quest is all but lost, swallowed up by deadlines, social expectations and a fair amount of pinot noir. But, I wondered, can a mindful state be restored? And, for those of us who are time-poor, can it be restored in two days?

Not that long ago an invitation landed in my inbox to visit Billabong Retreat (an easy 45 minutes from Sydney). As I was just putting the finishing touches on a particularly trying week, the invitation’s timing seemed perfect. “Could this be the universe providing?” I asked my recalcitrant mind. There was no response, but the pulsing vein in my temple and the fifth email sent before 8am told me it was time to do something about that pesky inner peace problem. I grabbed my most zen friend to act as a familiar on my journey to wholeness and booked us in for two days of yoga, meditation, and a mindfulness workshop.

We arrive in the early afternoon, in time for a welcome spiel and a gluten-free bliss ball. As we settle into the expansive verandah with the scents and sounds of the bush wrapped around us, I begin to assess my fellow mindfulness disciples. Women, all of them. My mind, cottoning onto the fact it’s about to be coerced into training, stages a revolt. “You’ve just fallen into the plot of Eat, Pray, Love,” it chides. “Soon you’ll be wearing happy pants and chanting in Sanskrit,” the taunting continues. I weigh up the viability of a sneaky retreat. But my friend drove us and I can’t force her to leave with me; besides, she already looks as though she’s in commune with Buddha. Plus, I’m curious. Before my brain has a chance to regroup for another offensive, I’m seated on a mat in
a beautiful, bright room. Polished wooden floors lead to large glass doors, beyond which a forest of sunlit gums sways gently. It’s ridiculously tranquil and no one is wearing happy pants. A preternaturally soothing voice glides out across the room and seems to temporarily disarm my combative mind. The voice belongs to Basia, who’ll be our yoga teacher for the next few days. My limbs follow her serene instruction and, before I know it, I’m closing my eyes and humming ‘om’.

After a perplexingly delicious lunch despite the lack of any meat or bread, it’s time for a massage. My mind, now recovered from Basia’s chilled vibes, is back to its old tricks, narrating on the progress of the massage (oh, not the feet, buddy). But meditation class provides another opportunity to tame the wily beast.

Where the gums huddled in the day, there’s now nothing but darkness beyond the glass, but the room has taken on a comforting, womb-like ambience for meditation class. Everyone is seated in a chair with bolsters under their feet, or in lotus pose on a mat. Basia shows us how to breathe like Darth Vader, constricting our throat for ‘ujjayi’ breath. I open one eye to suss out if anyone’s smirking at my attempt to imitate the dark lord, but everyone’s attention is focused inwards to their own strangulated pursuits.

Next, we try alternate nostril breathing, or ‘nadi shodhan pranayama’. For a few minutes my mind is nowhere but with my breath. I am solely aware of the air rushing in and being expelled by each nostril. Inevitably, though, it becomes restless and decides to remind me of work unfinished, problems unsolved and, just because it now has my attention, something someone said to me two years ago that irked me. I hear Basia’s voice float past like a cloud, telling us to bring our awareness back to our breath should our minds get up to such mischief.

“How long do you realistically think you could do a yoga and meditation practice for each day?” asks Basia at our one-on-one session. Feeling emboldened by yesterday’s efforts, I suggest half an hour. “That’s quite ambitious; why don’t we try for seven minutes?” I’m a little deflated that, after my 24-hour pursuit of mindfulness, Basia doesn’t think I’m already on my ascent to Nirvana. I agree to seven minutes. After consultation on any physical and emotional aches and pains, Basia draws up a prescription for my seven-minute daily practice.

At the Mindful Intelligence workshop, Paul von Bergen tells the room that there’s no such thing as being good at meditation. He assures us it’s a practice and, as with most things worth pursuing, it only gets easier the more you do it. You can almost feel the room exhale in relief as everyone makes a mental note not to beat themselves up each time their mind shares some inane information.

The founder and director of Billabong Retreat, Paul’s journey into mindfulness had its own hurdles. And that’s the brilliant thing about Paul: he’s not a dreadlocked refuse-all-earthly-pleasures-type of meditation guy. He wears jeans, has kids who occasionally frustrate him, and knows there are some things only a glass of wine will cure. During the two-day workshop, Paul suggests easy mindfulness practices that you have every chance of slotting into a regular day. Who knew, for example, that drinking a cup of tea could be an exercise in mindfulness? I leave Billabong feeling that mindfulness is something within my reach, not after months at an ashram in India devoting myself to dharma and dhal, but every day.

So, did I attain mindfulness in two days? Well, no – that job is bigger than two days and the struggle is real, my friends. But I did at least come away with knowledge on how to work towards a more blissful state of mind. As I suspect Basia predicted all along, I don’t do my seven-minute yoga practice every day, but I manage it about three times a fortnight. I learnt from Paul how to recognize a stress response, acknowledge it, and lessen its severity. I also try to turn the mundane into mindful exercises; brushing my teeth is a winner. The dreamcatcher can stay packed away in my adolescent memory, along with all the lyrics to Incubus songs, but this useable, everyday spirituality I can fully embrace.

Just a 45-minute drive north-west of Sydney, you can time your visit with one of the Billabong Retreat’s wellbeing programs, from Mindful Intelligence to Stress Management. Include a one-on-one yoga consultation or a massage to really unwind.

Discover more about the Billabong Retreats: Check out