Is this Sydney's most haunted house? 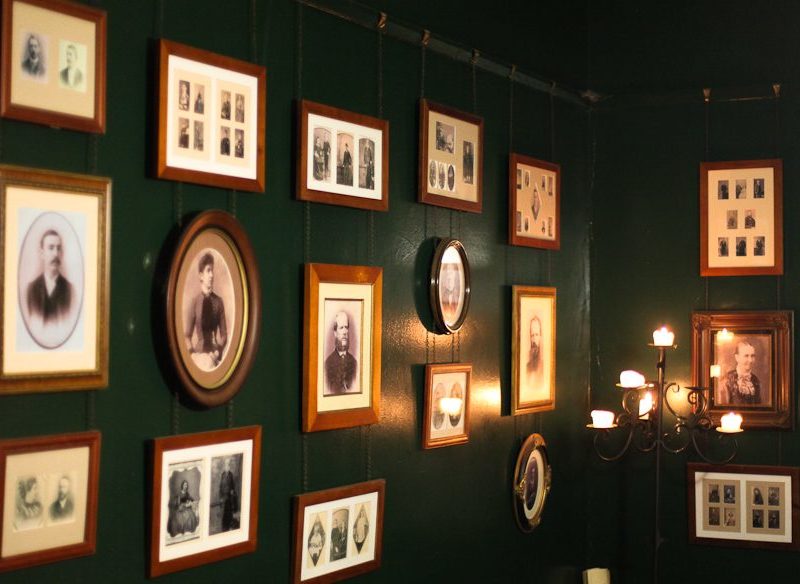 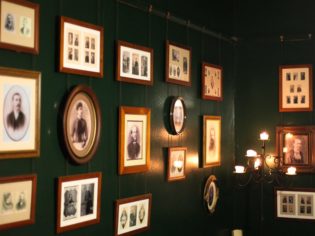 A spirited Greta Stonehouse braves a new ghost tour at an old house with a frightening past in Sydney’s Macarthur. So what exactly is spooking Menangle House?

When the new owners of Menangle House arrived home from their holiday, they expected to find their friends house-sitting and awaiting their return. Instead, they found an empty house with the doors wide open, and dinner still laid out on the table.

Later, their friends told them their house was haunted and they had fled unable to bare another minute inside. Not even to put the food away or close a door.

This is one of many ghost stories recounted inside old Menangle House, its history of one family, killings, and suicide lives on through the psychic tours of today. Whether you are a non-believer or a spiritual enthusiast, the history itself is enough to keep anyone intrigued.

The property stands alone, along an empty stretch of highway, in south-western Sydney. Under an open sky, the country vibe of Macurthur is an idyllic location for a haunted house.

At its entrance is the Horse and Jockey Inn, a modern Aussie pub with its Friday special of $15 schnitty’s – ten ways. Through the pub is the heritage-listed house where old ghosts and new residents apparently live side by side. The surrounding gardens are now used for wedding receptions.

The first part of the ($120) package deal is a two-course dinner. Set in a large hall over several round tables the atmosphere is stark, but the communal tables allow for conversation among the guests.

The pub was serving local diners as well as our tour group and my meal took longer than I expected to arrive. I ordered the beef Wellington, grain-fed rib eye wrapped in puff pastry, slow baked and served on a smoky bed of red wine jus. Rich and tender, it was worth the wait. In fact, each main was a hearty serving of fine, wholesome produce and honest flavours, the perfect winter meal.

For dessert I ordered the banoffe pie, which had layers of rich caramel, cream and banana all competing a little too aggressively with each other. However, my partner’s sticky toffee pudding was a safe delight.

Tracey Lee was the main psychic guiding the night’s events. Her personality and belief in the supernatural infused the whole experience with intrigue and character. While there is enough history in Macarthur to allow for a purely historical tour, it seemed the people there had paid to see something else.

Gathered around the entrance of the food hall our four psychic guides set the mood with tales of shootings and recent haunted experiences. Unfortunately two television sets drowned out parts of their stories. Eventually a waitress noticed this and switched them off. As we walked through the pub, past punters banging their glasses and talking loudly, it seemed an absurd corridor to bypass given we were about to enter one of Sydney’s oldest houses.

The original Menangle House was built in 1834 by George Taber and his convicts. Divided by class, the house was used as a lodge and a bar that now holds the oldest servery in Australia.

The psychics did well in prompting our thoughts beyond the material walls. While some of their observations were insightful, at times it felt they had used the historical literature to infuse their visions. It doesn’t take a psychic to know that in “the man’s room”, there are feelings of gambling  (I wasn’t aware gambling was a feeling), and a heavy presence of men.

As some guests entered the rooms they felt heavy or sensed a shift in temperature. For me, the recounting of the chilling deaths, such as the four children who drowned by the river, or the 19-year-old girl who hung herself, was enough to send a few  shivers down my spine.

By far the most intriguing room was the old parlour, now part museum, with a wall full of original photo portraits. Like peering into a haunted movie set, the faces of the children looked eerily stricken.

When our tour finished up for the ‘readings’ at 10pm, there seemed to be too many people to get through in the allocated half hour. Extra numbers had turned up on the night, and it was in this final stage that it showed. Not for me though, having travelled the furthest, I was kindly allocated an early reading.

My reading was done by Maureen, a grandmotherly figure who held my hand and wrapped me in warm blessings. Outside of the tour, a half an hour reading will cost anything up to $80 dollars, and given we all had ten-minute slots it may have been better value to have less people and longer readings. No matter how delightful Maureen was, no-one could have helped the fact that ten minutes felt rushed.

With its 175 years of sordid history, the Menangle House tour does offer an insight into part of Sydney’s fascinating past. While I didn’t see any picture frames moving, there were plenty of ghost stories to fill in the blanks.

Greta was a guest of Destination Macarthur. For more information on the Menangle House ghost tour see: www.macarthur.com.au